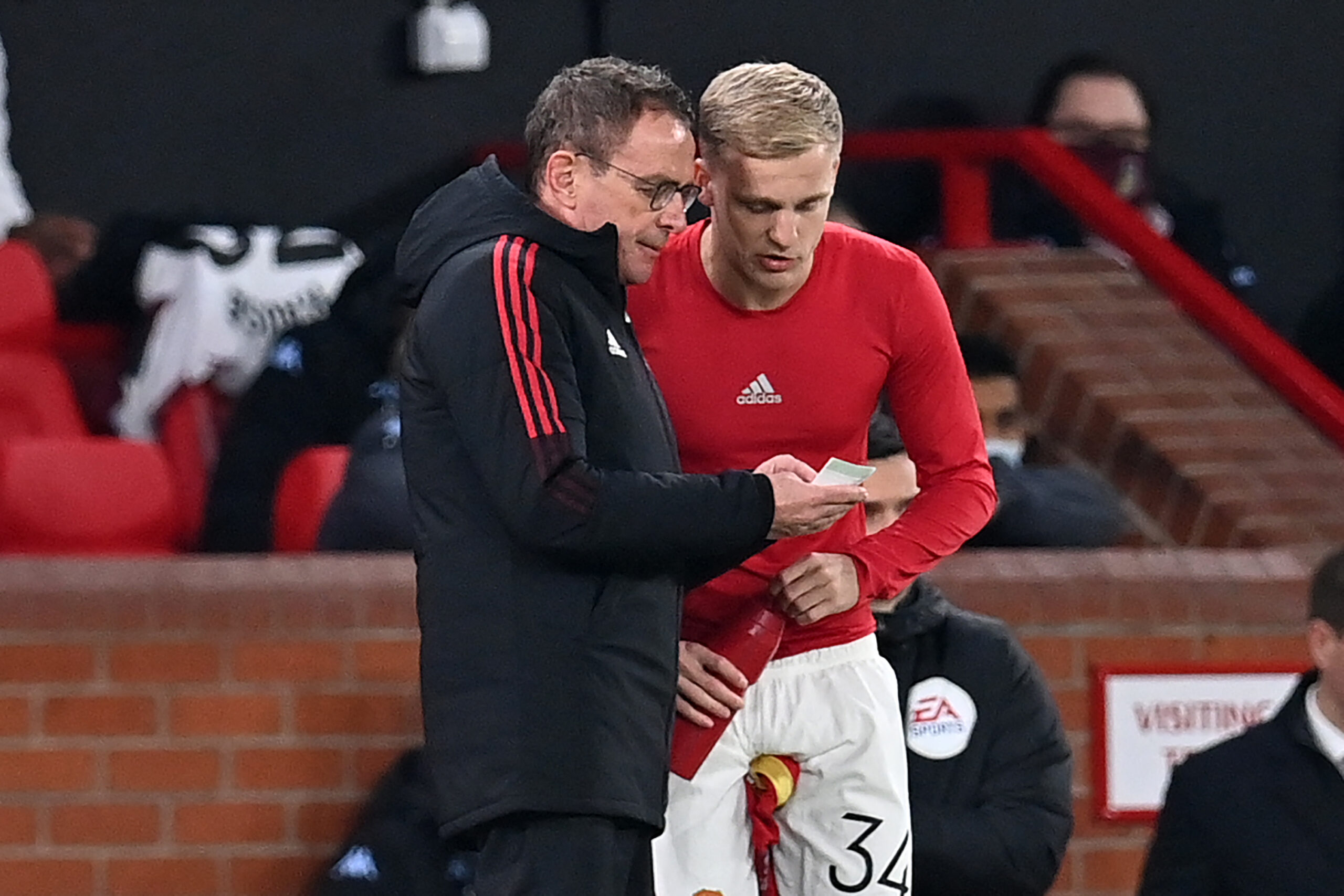 The Netherlands international struggled for regular playing time since his arrival at Old Trafford in 2020, and his situation did not improve when Rangnick took charge as the interim boss in December.

Crystal Palace were leading the race to sign him last month before the Toffees hijacked the deal after the recommendation of new manager Frank Lampard.

Rangnick has now said that the 24-year-old was allowed to leave amid the competition for places. He added that van de Beek is a ‘fantastic’ person, and backed him show his quality with the Toffees.

He told Manutd.com: ”In the end it is a question of competition. He didn’t get enough game time, but that is not to say he is not good enough to play in the Premier League or for Manchester United.”

”I am pretty sure he will get the game time at Everton and show what kind of quality player he can be. He is a fantastic person.

“In the last nine or ten weeks whilst I have got to know him in person, I am fully aware he is a fantastic team player and I wish him all the very best.”

Van de Beek joined United from Ajax with a big reputation as he could play in both the central and attacking midfield positions while making regular goal contributions.

However, he has barely made a similar impact since and can’t be blamed. The Dutchman has been limited to just 580 minutes of Premier League football across 27 appearances.

With the switch to Merseyside, he should be assured with regular minutes in the top-flight, and it could bring the best out of him, thus reviving his form from his Ajax days.

United were quite clear that they did not want to include a buy clause. It is a wise decision as the next manager will have the choice to keep or sell him depending on his loan spell.