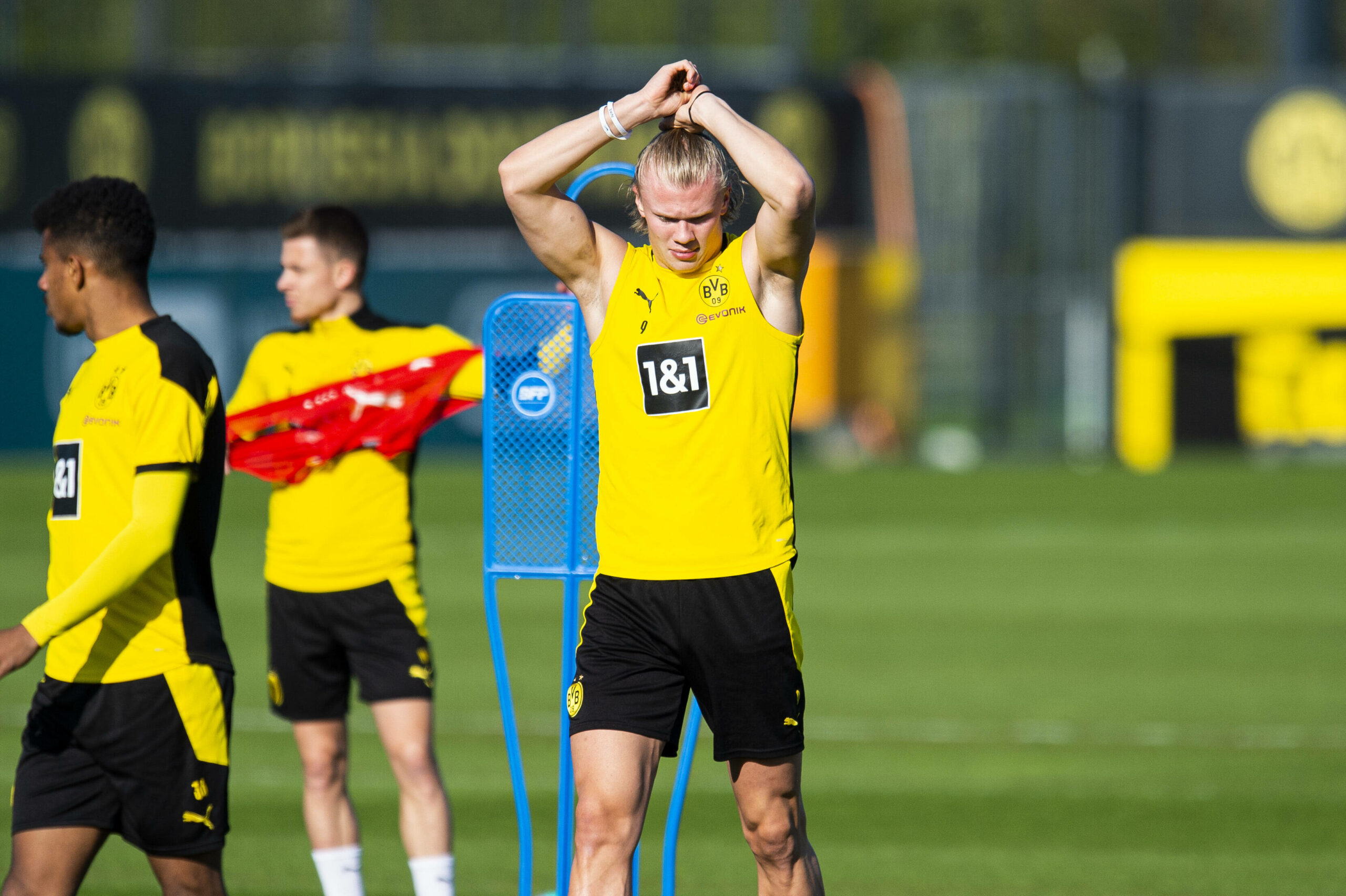 Erling Braut Haaland’s agent Mino Raiola has revealed two key factors his client will consider when choosing his next destination in the summer, as reported by AS.

The Norwegian sensation is likely to leave Borussia Dortmund following an inspirational 18-month spell at the Signal Iduna Park.

Among a dozen of Europe’s top clubs are interested in signing the 20-year-old striker, with Manchester United one of the leading candidates to land the highly-rated youngster.

United want Haaland so much that they are ready to overlook their previous issues with Raiola to close the deal this summer.

The super-agent has now unveiled the Norway international’s preferences heading into the summer transfer window.

“Haaland is interested in two things: scoring goals – because he is like a Cristiano or a Zlatan, he has that positive obsession – and winning titles,” Raiola told AS.

“He will choose, surely, where those two things together happen more. It is very difficult to lie.

“When a club like Barcelona or Madrid arrives, with so much history and so great, it is difficult to say no. PSG is entering this group of greats, City is trying to get there, Juve has always been there.

“The championship they play also matters. PSG plays the worst league of the greats. Bayern are already in an attractive league, but we know that they always win it. In Spain, there are three with options.”

Whether intentionally or not, Raiola has left United out, which does not necessarily mean the Red Devils cannot win the race for Haaland’s signature.

Solskjaer’s men are on the cusp of securing a top-four finish in the Premier League and remain the main favourites to win the Europa League.

The glory days are coming back to Old Trafford, and Haaland could be the one to spearhead a new trophy-laden generation in Manchester.