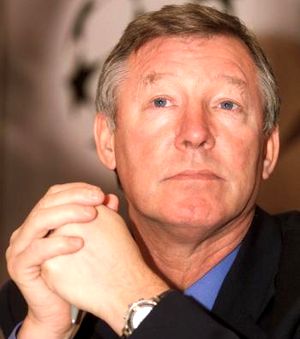 I don’t remember the last time we had so many interesting quotes from Fergie in such a short period of time.

The most interesting one, undoubtedly, is his admission that the sale of Stam was a mistake. For a man who still thinks Veron was a good buy, this is something. Jaap Stam was a quality center half and his sale to Lazio for a handsome 16.5 million led to a poor season.
Of course, the sale of Stam was due to a more familiar situation than the ‘offer too good to refuse’ reason given by SAF. Stam’s autobiography didn’t have too many good things to say about Fergie, and that would have been enough to see him out. Stam did say after being sold that his sale was a ‘big mistake’. Surely the players that came in, viz., Veron and Blanc did not particularly set the stage on fire.

He had some kind words to say about Sam Allardyce, who he thinks is a keen observer of the game and applauded his high-tech approach to the game. Ed Harrison of the NUFC Blog (one of our sister sites on the network) has a detailed article on that. Worth a read.

SAF also spoke at length about Mr. Golden Balls himself. While the uneasiness surrounding the relationship between Sir Alex and Becks has been well documented, the boss has been relatively quiet when it came to actually talking about their feuds. However, at the moment, he has been very forthright in his assessment. He says that Beckham cannot get the US to fall in love with soccer.

“It is difficult with David going there. I don’t know what kind of impact he can make,”[…]”David Beckham himself can’t change the whole country.”[…] “In European soccer, and especially in British soccer, you can travel easily,” Ferguson said. “If you are in Boston and need to go to Los Angeles, it’s a six-hour flight. Supporters don’t travel, so you are missing that rivalry between fans.To make it substantial you would have to go regional, but there’s not enough teams to have four strong leagues.”

All valid points, considering he’s also had to contend with making trans-atlantic trips to play for England before returning to LA to play another game in a span of 36 hours or so. Ridiculous.

“He was never a problem until he got married,” Ferguson said. “He was a fantastic young lad. Getting married into that entertainment scene was a difficult thing — from that moment his life was never going to be the same.”He is such a big celebrity, soccer is only a small part. The big part is his persona.”

One can feel a tinge of sadness in the statement, more than any ill-feeling. His marriage to that malnourished skank never went down well with the boss nor did it for most of us fans.

More Fergie quotes continue, while moving onto another issue. This one being a far important one concerning the clubs future – that of our next manager. Worryingly he tips Carlos Queiroz. While his role in keeping Ronaldo and securing Nani and Anderson has been invaluable, he seems like more of a tinkerman to me. And I am not really convinced with his tactics in general, stuff that he feeds to Fergie with alarming regularity – most notably the 4-3-3/4-5-1.

There was this bit of news that wasn’t discussed about here so far. Alan Smith revealed a few days ago that he received a thank you note for his commitment and contribution to United from Fergie. A lot of us had mixed feelings about him leaving the club. While he was not particularly gifted as a player, his commitment and work-ethic was undoubted. He gave his all to the club, coming back from that injury against Liverpool. It comes as little surprise that he’s already popular with Newcastle fans.

Hargreaves seems to be the latest casualty affecting England ahead of the Israel game, according to Sky Sports. I personally don’t care a bit if he’s ruled out of England game as long as he recuperates in time for the Everton game on the 15th. He has been among our best performers and would be essential for the Everton game, who can be formidable opposition. Although, worryingly, Hargreaves claims that he is up to the challenge of playing two games in a week. He hasn’t done so for us this season and considering we have to play Everton, Sporting Lisbon and Chelsea in quick succession, I’d rather he play one game for England at the most.

Finally, we lost 3-1 to City in a reserve league encounter. Not surprisingly we dominated much of the game. Positives being that Anderson got an hour of playing time under his belt, which would help him get fitter. Frazier Campbell was our scorer.

Fergie, meanwhile, tips Anderson to the top. Which he would, having spent significant money on him. I, as mentioned earlier, would give him more time and would not expect him to instantly shine this season. He still is some way off full fitness.

And that would round up the news items I felt were worth covering. Of course, there were some nutty transfer news spraying around in Newsnow that included this gem from the Mirror, which claimed that we are looking at Barcelona’s Giovanni Dos Santos. While he is a scarily good player, at least in FM (as well as from his rave reviews), he strikes me as another of those ‘in the hole, drops deep’ type of players. So bollocks it is.

The International Break Will Help United Significantly
Much Ado About Ferdinand, And Some Loads of Ballacks