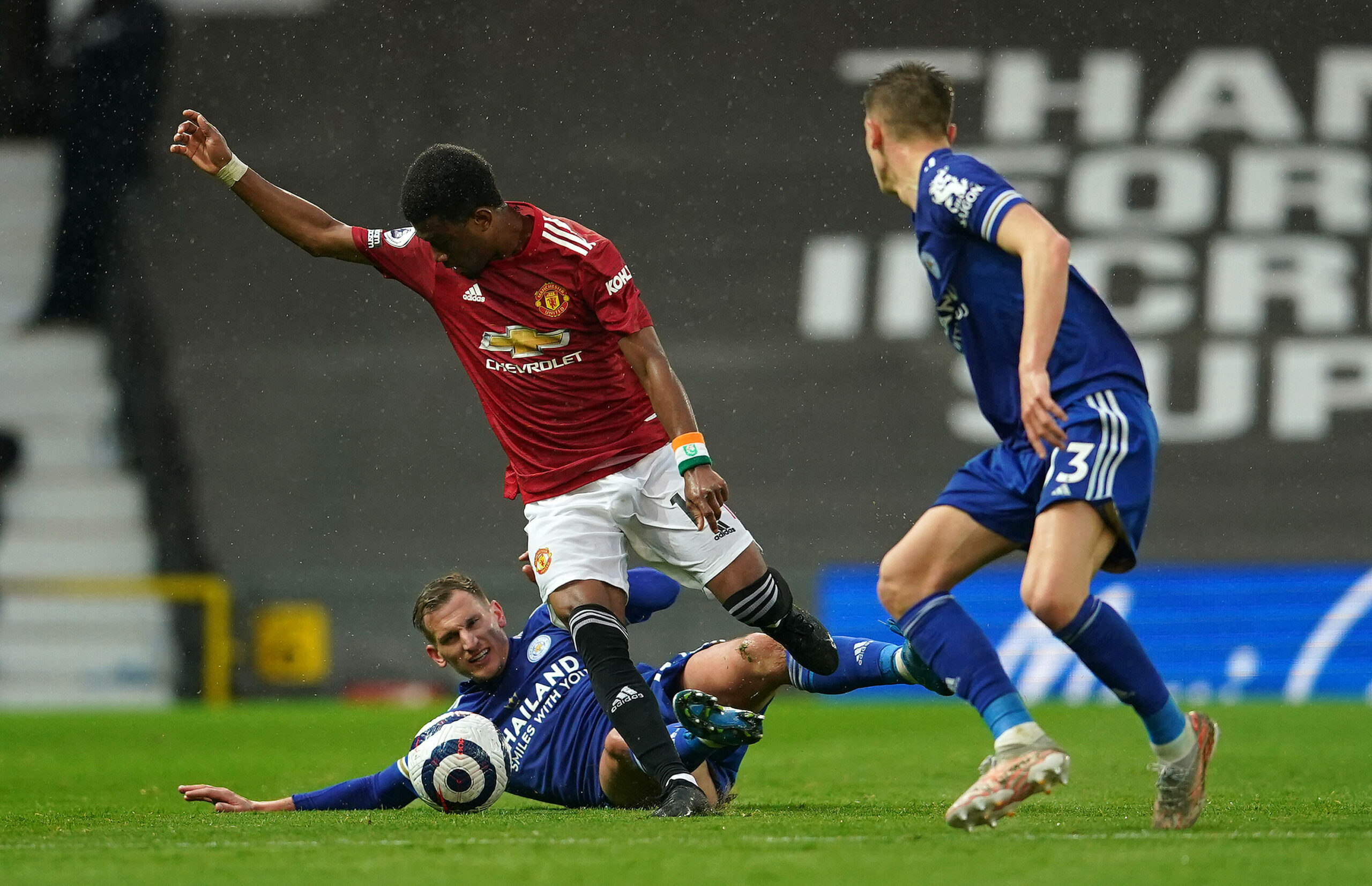 Trevor Sinclair believes Manchester United should be docked six points for fielding a “disrespectful” squad in their loss to Leicester City.

United hosted Leicester yesterday and made 10 changes to the side which faced Aston Villa two days back.

Despite United’s busy schedule, the ex-Manchester City winger called for a hefty penalty against United.

Talking to talkSPORT, he said: “Without being disrespectful to the players that played tonight, they made ten changes, this is their ‘B’ team.

“I think that’s disrespectful and it takes away from the top-four race.

“Why didn’t the police and the club make amendments and make sure they safeguard the stadium? They didn’t do that.

“The teams that are going to suffer from Man United’s lack of due diligence, the ones who could miss out on the top four, are Chelsea possibly, Liverpool, West Ham and Tottenham.

“I think there needs to be a punishment for Man United. Three points isn’t enough because that doesn’t affect anything.

“I honestly feel the way they put out this team, the way they didn’t safeguard their stadium, I think a six-point deduction should be given to Manchester United.”

It would be very hard to find people who support Sinclair’s call for a points deduction because Ole Gunnar Solskjaer made wholesale changes to the first team.

If a team is forced to play four games in eight games, the manager has no other option than to rotate his squad.

With Liverpool making a trip to Old Trafford tomorrow, Solskjaer had to rest key players.

United have already secured a top-four finish and will contest the Europa League final later this month.

The manager’s priority is to protect his players during this horrendous fixture schedule.

It is not United’s concern that other clubs haven’t collected enough points to qualify for the Champions League yet.

Solksjaer is perfectly entitled to use his squad as he sees fit.