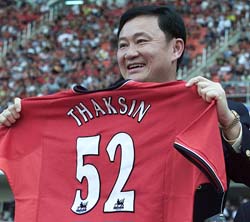 I couldn’t be more serious. We head over to Eastlands to face a Man City side, who for the first time in a million years are actually playing half decent football. In previous seasons, we were up against a City side that were generally shite against most teams but somehow managed to nick points off us. Two seasons ago, we saw Ronaldo sent off in a 1-3 loss. Evra had a particularly nightmarish debut then, when Trevor Sinclair, of all people, terrorized him. Earlier, in the same season, they managed to draw at Old Trafford with Joey Barton equalising after Ruud’s goal.

Last season, we did relatively better although, our away game was a drab affair, known especially for Michael Ball’s stamp on Ronaldo and a penalty that van der Sar saved. It was a game that we should have won quite comfortably but instead chose to grind our way through with some nervy moments and uninspired football.

All that history brings us to the game on Sunday. City are riding a wave of confidence with the takeover (by some dodgy politician), a new manager (who in his past avatar was England’s official clown jewel), and new signings (from completely foreign leagues – most of whom, the manager has never seen live in action). All these factors would normally point to a sluggish start for most clubs. But the new arrivals have surprisingly gelled well from day one and are actually playing some decent one-touch football – something I would have never imagined writing in a sentence referring to Man City and Sven Goran Eriksson. But well, that’s the way it is at the blue half of Manchester.

United on the other hand have made a very sluggish start by their standards – at least in terms of results – and will look to correct things today and hope that a win on Sunday would help put the title bid back on track. The boss seems to be a regular reader of Red Rants and yesterday, replied to a question asked by us a couple of days ago. ‘Don’t Panic!‘, he said.

Don’t panic it will be then. Aye aye Sir!

Seriously though, this is what he had to say in the press conference:

“Iâ€™m looking at the performances of the team in the first two games and saying to my players, â€˜Well doneâ€™,”
“Weâ€™re dropping points and thatâ€™s disappointing and frustrating because the performance levels have been very good. The important thing is to be patient now. The situation is recoverable, of course.”

So it is. If the first two games would be our only points dropped for the next couple of months at least, then I would say we’d certainly win the title. Although that would probably be the thing of dreams, as Chelsea are playing us during the coming weeks and we’d honestly be in seventh heaven if we were to overhaul our points deficit. It is perfectly do-able but for that, we need to get our act together and take it game by game.

Talking about injuries, Rooney (broken foot), Ole, Hargreaves and Saha (knee injuries), Anderson (hamstring) and Neville (lack of match fitness) are certainly out of the side. With Ronaldo out suspended for three games after his bird-brained headbutt, we are without a major attacking threat. Nani should step into the game, and I would pray for SAF to start Giggs on the left wing this time. I might like Carrick and O’ Shea in central midfield with Scholes just behind Tevez.

About Giggs in particular, I think he will have a cracking game and do what he does best: prove the doubters wrong.

We certainly have a well-settled defence and they will have their tasks cut out to deal with the twin threats of Elano and Petrov. These are the players one would definitely watch out for. Elano’s free role behind their striker Bianchi made him look like a poor man’s version of Kaka in the West Ham game, while Petrov was quite direct in his approach and has a terrific left foot. Van der Sar better not be on his one of those I’m-not-sure-whether-I-block-or-watch-the-ball-fly-past-me days.

Other than that, their defence, apart from Micah Richards and Richard Dunne – who are doing a bloody good job at the centre – could be threatened. Their newbie full-backs haven’t been really tested by decent opposition and will surely have some running to do.

Early goals, like always, will be important in settling nerves and hopefully, if we do lead at half-time, we won’t expect drastic tactical changes or raging teamtalks from Sven (unlike Redknapp, who turned things in the second half) that would inspire Citeh.

Prediction: We got our past predictions horribly wrong, even after we deliberated carefully. So here we go, fearless in our predictions: 3-0 to United!

Citeh fans, the ‘massive’ fans that they are, will suffer from massive cardiac arrests after the backlash and clobbering they will receive from Tevez and Co.

Alright then, enough dreaming. Come on you Reds!

Since it’s derby day there are other previews you might consider reading: