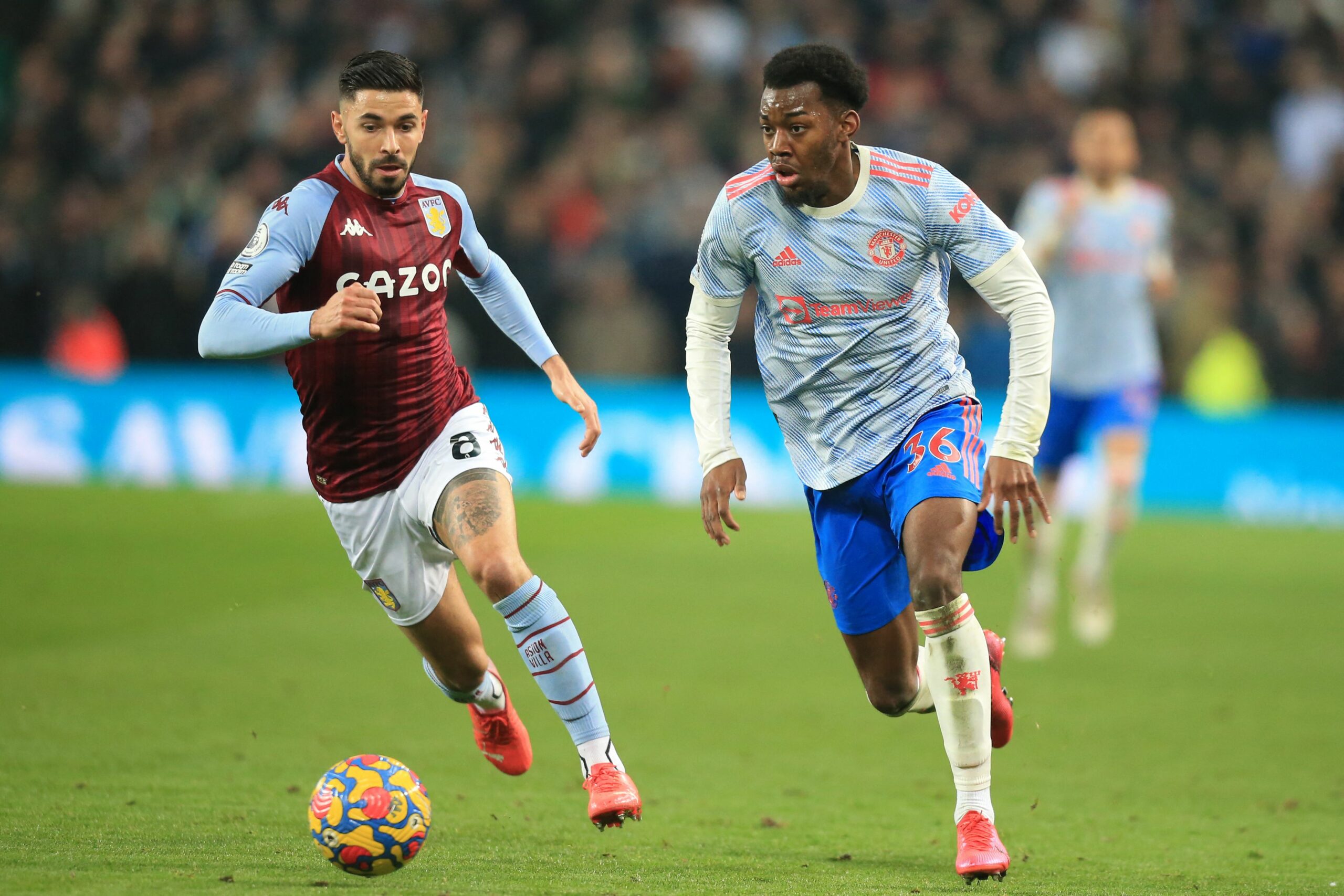 The Red Devils have registered back-to-back wins in the top-flight but were far from convincing in the midweek Champions League game at Atletico Madrid.

They were second best for most of the encounter at Wanda Metropolitano, but salvaged a 1-1 draw after Anthony Elanga’s 80th-minute goal coming off the bench.

Ahead of the Hornets game, interim boss Ralf Rangnick may ponder a couple of changes. Let’s look at how they could line up against Roy Hodgson’s side.

David de Gea has been in superb form in goal this campaign with several stand-out performances.

Joao Felix scored with a diving header on Wednesday, but De Gea could not have done much to prevent it. There are no doubts over his starting place.

In defence, there may be a solitary change. Victor Lindelof played in an unfamiliar right-back position against Atletico and was far at his best.

The 27-year-old nearly conceded an own goal. He could drop to the bench with one of Diogo Dalot or Aaron Wan-Bissaka taking his spot.

Wan-Bissaka had a good start against Leeds United last weekend but was partly responsible for both goals conceded. We fancy Dalot to reclaim the right-back spot tomorrow.

Raphael Varane and Harry Maguire are almost undisputed starters in central defence when fit and available. Both had nervous moments in midweek.

Maguire had a poor start after being beaten by Felix to a header for the opening goal. Despite this, we don’t see him being dropped after the public backing from Rangnick in recent weeks.

Luke Shaw has had a mixed campaign with the Red Devils but has recently had support from Rangnick, having started every game this month. He is likely to continue at left-back.

Scott McTominay missed the recent trip to the Spanish capital with an illness and may not feature. This could pave the way for Fred and Paul Pogba to continue in the centre of the park.

Pogba had a difficult outing in Madrid, where he was largely out of the picture in the opening half. He was replaced by Nemanja Matic in the back end.

The France international was frustrated, which was clearly visible in the dugout. He may get the chance to redeem himself against the Hornets.

In attack, Bruno Fernandes and Jadon Sancho should keep their places in the number 10 and left-wing roles, and the same could be said for Cristiano Ronaldo up front.

Fernandes had minimal impact on the proceedings at Atletico but delivered when it mattered with a clever assist that saw him make Champions League history.

Marcus Rashford (valued at £76.5 million by Transfermarkt) could be dropped after a poor outing in Madrid.

Elanga has netted in successive cameo appearances. He deserves a start on the right wing.

How Man Utd could line up against Watford