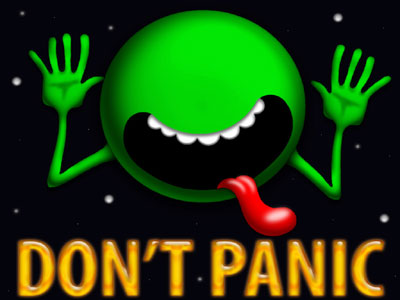 I suffered a severe writer’s block while starting to write this post. That probably explains why I started writing this post mentioning my writer’s block. For me it was bad enough when I couldn’t get any of the streams to work. Looking at, and furiously refreshing my browser, for the text commentary on Sky/Soccernet and some forums made me think up new insults to hurl at the darned pirates who couldn’t get a United stream working. I discovered TV Ants way too late to bother turning it up. Hopefully the weekend would be better, stream-wise at least.

So while it was bad enough for me to be missing Tevez’s debut, after having looked forward to it for months, and having Some Bloke from Skysports.com for company (a kind word of advice for Mr. Some Bloke from Sky: updating every five minutes with just a couple of lines of text doesn’t quite cut it. You might consider hiring a better typist.), the least I would have wanted to have happened was for Benjani Mwaruwari creating havoc and Ronaldo seeing a straight red for an alleged headbutt. I mean, what are the chances? But as our South coast hoodoo continues, it seemed like the only way things could have turned out.

And you (and some ‘pundits’) draw comparisons with the Treble year, where we drew the first two games? Bollocks I say. Wake up people. Teams have improved by miles since then. Even City have started playing like a well oiled machine – one touch football and all that jazz – and under Eriksson for heaven’s sake!

So do we, as fans, push the panic button as yet?

As this is a match report, from someone who hasn’t seen the game, allow me the slight freedom of digression and around-the-bush-beating to labour my point through. If you’ve read Douglas Adams’ Hitch-hiker’s Guide, you might have learned a valuable life lesson: ‘Don’t Panic’. But a fan’s universe is way too absurd to maintain a semblance of sanity. So what is my point? Don’t panic just as yet. The season has got a long way to go and we need to keep the faith. That said, there are still certain things I would want to say despite not having watched the match.

Most glaring of all is the absence of a striker on the bench. I mentioned it in an earlier post a couple of days back too. Anderson did in fact have match practice although not to SAF’s satisfaction but surely he could have been a better option than O’Shea? Well, if Tevez could have started after ‘surprising everyone in training’ (according to SAF) then Anderson could have played the last 15 minutes or so. Or even Dong ‘I know he’s not exactly brilliant but he still is a striker’ Fangzhou? And if they are too young and inexperienced then where is Ole? And if none of them, then at least Eagles could have been brought on purely as another attacking option earlier than his token introduction at 90′.

Another player conspicuous by his absence was Hargreaves. There seems to be something really wrong with his injury situation that we don’t seem to know about. Surprisingly the press haven’t started speculating. He may not be a goal scorer, but he frees up the role for Paul Scholes who could certainly be a better bet in the hole than Giggs. From what I’ve heard and read, Tevez impressed but couldn’t do much because he was on his own. It was only when Scholes drove forward, with a pass from Tevez, that we got a goal. AB on Soccerlens talked about Carrick and Scholes getting in the way of each other more often this season in his match report. I think I do agree with that. While last season Carrick knew pretty well that he had a much more defensive role in the team with a slight intent to attack. This time he has been groomed to take a much more attacking role as Hargreaves would be expected to shield the defence. The result – we have two midfielders now who may seem uncertain while chasing a game and that does not bode well for the game against the Citeh. Someone get Hargreaves to play this weekend, or I would be forced to bring up the dreaded question: Is he made of glass, like Saha?

Ronaldo’s head-butt? Well, even reports say Ronaldo was sent off for an ‘apparent’ head butt, which means it wasn’t conclusive. But if it was even an intended headbutt there will be no excuses. Ronaldo would be an absolute twat to be doing that. (He may have been frustrated today, but headbutting doesn’t help, does it?) So now things are even better. Our two most potent attacking threats are out for the next three games at least. That’s brilliant news!

I have read good stuff and bad stuff about Nani, but I don’t think he can change a game, yet. The lad’s just learning his ropes and an ideal situation for him would have been when the team were winning. But hopefully these ‘defeats’ would steel him for battles that lay ahead.

I heard Giggs was awful, but I am the least bit surprised. If you must play him, then play him on the left. Certainly not in the hole. He may have some good vision with all the experience, but we’d rather have the Ninja there. Tevez needs support and Scholes could do that better in the hole than Giggsy.

So what now? Back to our question. Do we panic as yet? Well, to be Champions these are the kind of games we should be winning. The draws should have been wins and the losses if any should be draws/wins. I am not saying this in the sense of us being entitled to wins. But our team should show ruthlessness in finishing if we have to avoid being potless at the end of the season. Chelsea came back from the brink against Reading and Birmingham. They may (or may not) have been playing shite, but they got the wins. That’s what will define us as a team this season from now on, just as every season.

So as a fan, I’d say there is more to come. I am still feeling positive about our chances. What choice do we have really, as fans, other than some chest-thumping and chin-upping (if that’s even a word!)? We have tough fixtures, no doubt. But so do the others. Everton, Newcastle, Man City and plenty others have also improved. Trust me lads, while it is not necessarily a good thing relying on other clubs to drop points, this season will see each of the ‘Big Four’ drop more points along the way than we’ve seen in recent times.

So come on you Reds. Show us that you own your shirts!