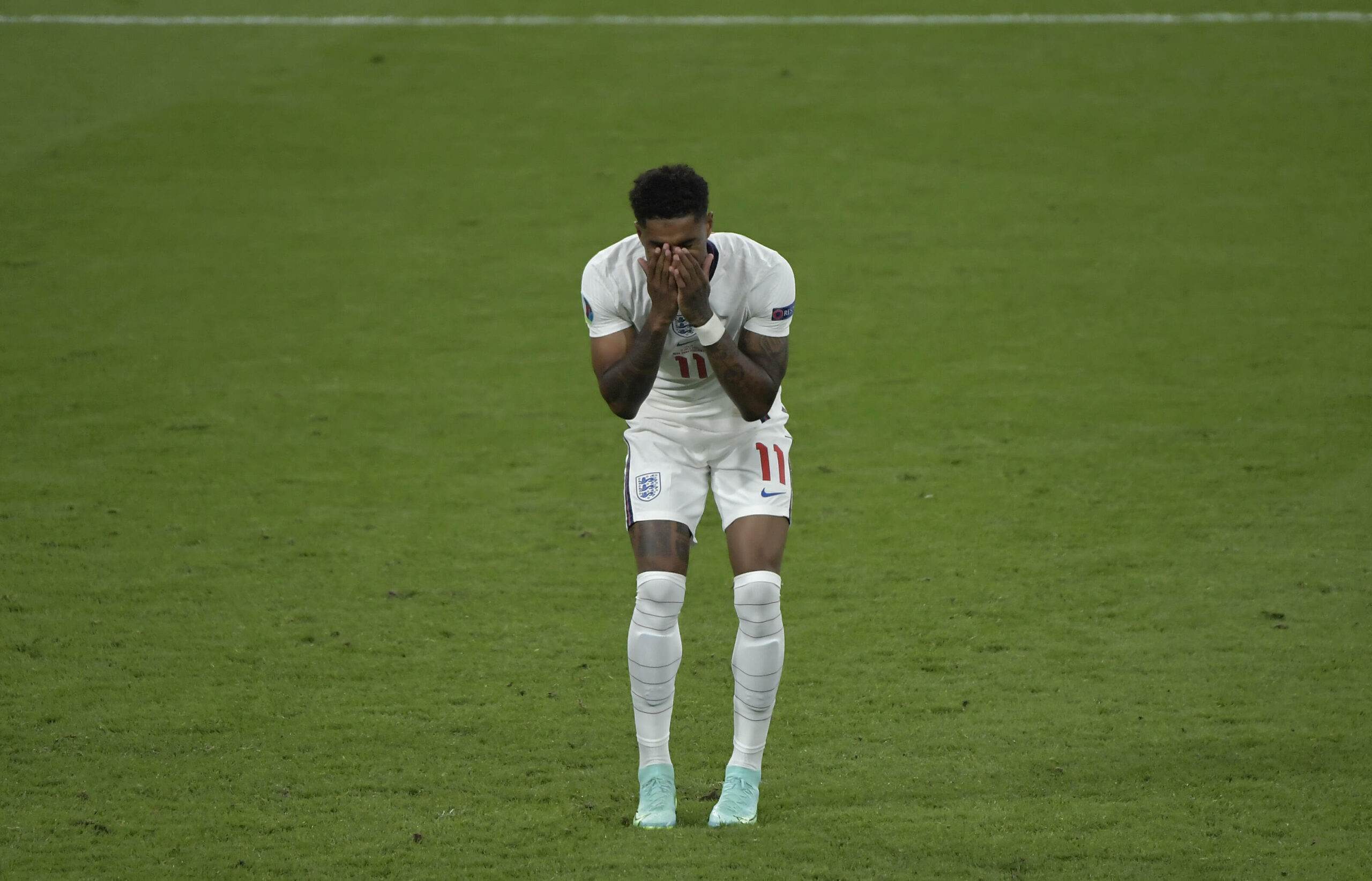 Gareth Southgate’s side lost against the Azzurri on penalties, with Marcus Rashford, Jadon Sancho and Bakayo Saka all missing their spot-kicks.

Following the defeat, the three English players were subjected to online racist abuse, while a mural honouring Rashford was also vandalised in Withington, Manchester.

The abuse directed at the three players has prompted condemnation from people around the world.

Five people have been now arrested as the investigations continue.

The UK Football Policing Unit issued a statement (as per the Evening Standard) saying:

“Following England’s defeat against Italy on Sunday, a torrent of racist comments aimed at some of the team’s black players appeared on platforms including Facebook, Instagram and Twitter.

“A hate crime investigation is underway by the UKFPU, with a dedicated team of investigators working their way through a large number of reports from across the country.

“So far, dozens of data applications have been submitted to social media companies, and four people have been arrested by local police forces.”

It is a step in the right direction. There have been countless such incidents in the past, with the abusers going scot-free.

If the government takes legal action against these online abusers and hold them accountable for their words, there could be a decrease in racist abuse on social media.

There is already legislation in the United Kingdom that can be employed to prosecute abuse on the internet.

However, UK laws need to be updated as they are ill-suited to address modern online abuse.

Plenty of the abuse directed at the players comes from aboard, which makes things even more challenging for the government.