Pogba frustrated over being called off at half-time against Granada, Solskjaer explains reasons 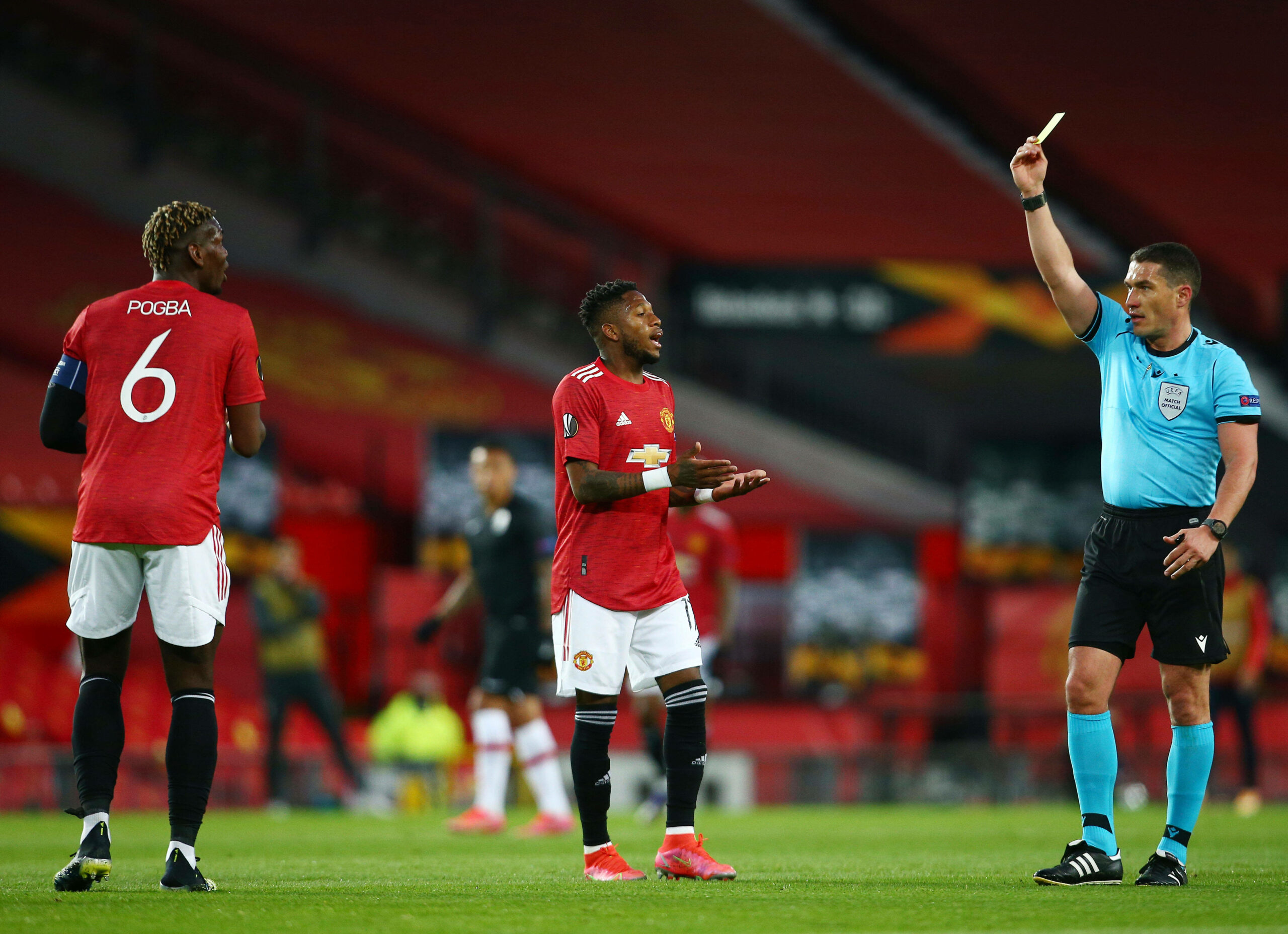 Manchester United manager Ole Gunnar Solskjaer made a hard call during the Europa League clash against Granada on Thursday when he decided to substitute midfielder Paul Pogba at half-time.

Pogba looked solid in the first half and made the assist to Edinson Cavani that gave the Red Devils an early lead at their home turf.

But he was given a yellow card in the 17th minute of the match, a decision that did not please the Frenchman.

The incident was followed by a couple of strong challenges from the United midfielder, and Solskjaer deemed it wise to bring on Donny van de Beek at half-time, with his side already leading 3-0 on aggregate.

Pogba expressed his frustation over the booking and the substitution in an interaction with BT Sport after United’s 2-0 (4-0 agg) win.

“Yeah, there were some tackles, a yellow card, we got a bit of everything (in first 45 minutes),” Pogba said. “We got a goal in the first half, I was happy. I had to come off obviously.

“The yellow card was unfortunate. It wasn’t a yellow card for me but you have to accept it. I think it was a foul against me. We won the game, that’s the most important thing.

“I know the foul just after it, I see all the players trying to get me out. [The manager thought] It’s better I come off before red card and I can put my team in difficulty.”

Solskjaer spoke to BT Sport who explained the rationale behind the move.

“Sometimes, Paul wants to win so much,” Solskjaer said. “He went into a couple of tackles after his yellow card but I thought I don’t want to risk that [him being sent off] even though he played so well.

“We missed three today [through suspension]. The season has been hard enough as it is.”

A red card for Pogba would have meant that he would have been ruled out from the first leg of the Europa League semi-final against Roma, which will take place on April 29.

With this in mind, Solskjaer made the right move by replacing Pogba, who was not looking his usual composed self.