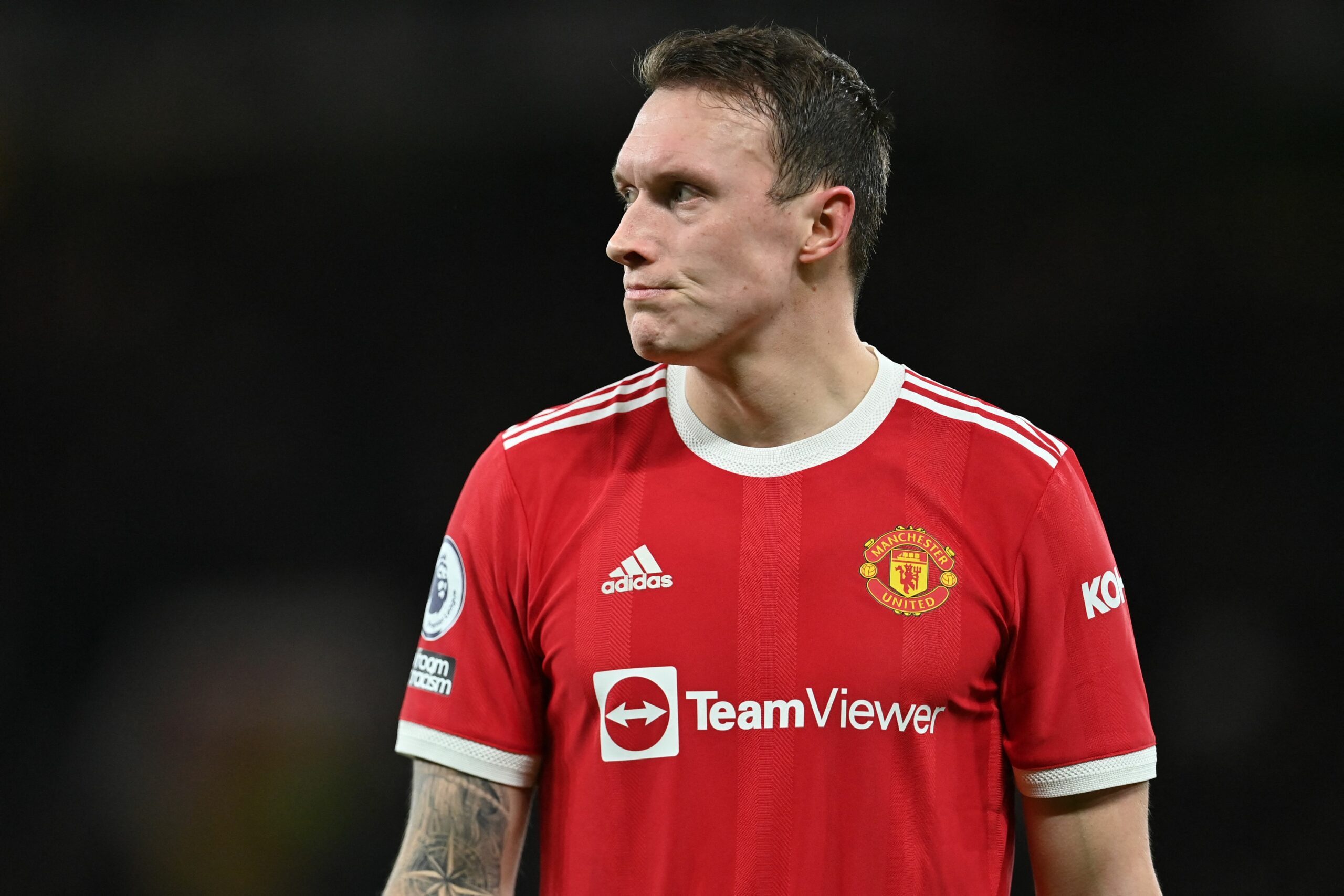 Manchester United defender Phil Jones has hinted that he could leave the club in order to secure regular first-team football next season.

The England international is currently the longest-serving player at the club, having joined them from Blackburn Rovers in the summer of 2011.

However, he has been restricted to just 226 appearances amid numerous injuries. He was recently sidelined with a long-term knee concern.

Jones made his first competitive appearance in 708 days against Wolverhampton Wanderers earlier this campaign. He has now described the moment as big as an achievement as winning the league.

Speaking exclusively to The Guardian, the centre-back said: “I thought I did well, especially considering I’d not played in 15 months. I had no fear because I was so happy to be on the pitch.”

“People might think: ‘What are you talking about?’ But to come back from where I was at, in a dark place, makes it special.”

Interim boss Ralf Rangnick was full of praise for Jones following his comeback game, but he has not been able to replicate the showing amid the fierce competition for places.

With Raphael Varane, Harry Maguire, Victor Lindelof and Eric Bailly above him in the pecking order, Jones has been restricted to just one more appearance in the FA Cup.

Hence, his chances of playing time at United are bleak. Jones has now hinted that he could consider a new challenge this summer as he is still ‘good enough’ and has a ‘lot to give’.

He added: “I’m still only 30 and I’ve missed a lot of football. I’m hoping to recapture some form and enjoy playing football.”

“When I was out injured it was a difficult time but I’ll never give up. I feel like I’m still good enough and I’ve got a lot to give. So I’m hopeful. I’m ready to play again.”

Jones is currently contracted to United until June 2023, but the club have the option to extend his stay for 12 months. It won’t be a surprise if a mutual release is agreed.

The 30-year-old was the subject of interest from Bordeaux in January, but opted to snub their advances. This probably suggests that Jones may prefer to ply his trade domestically.