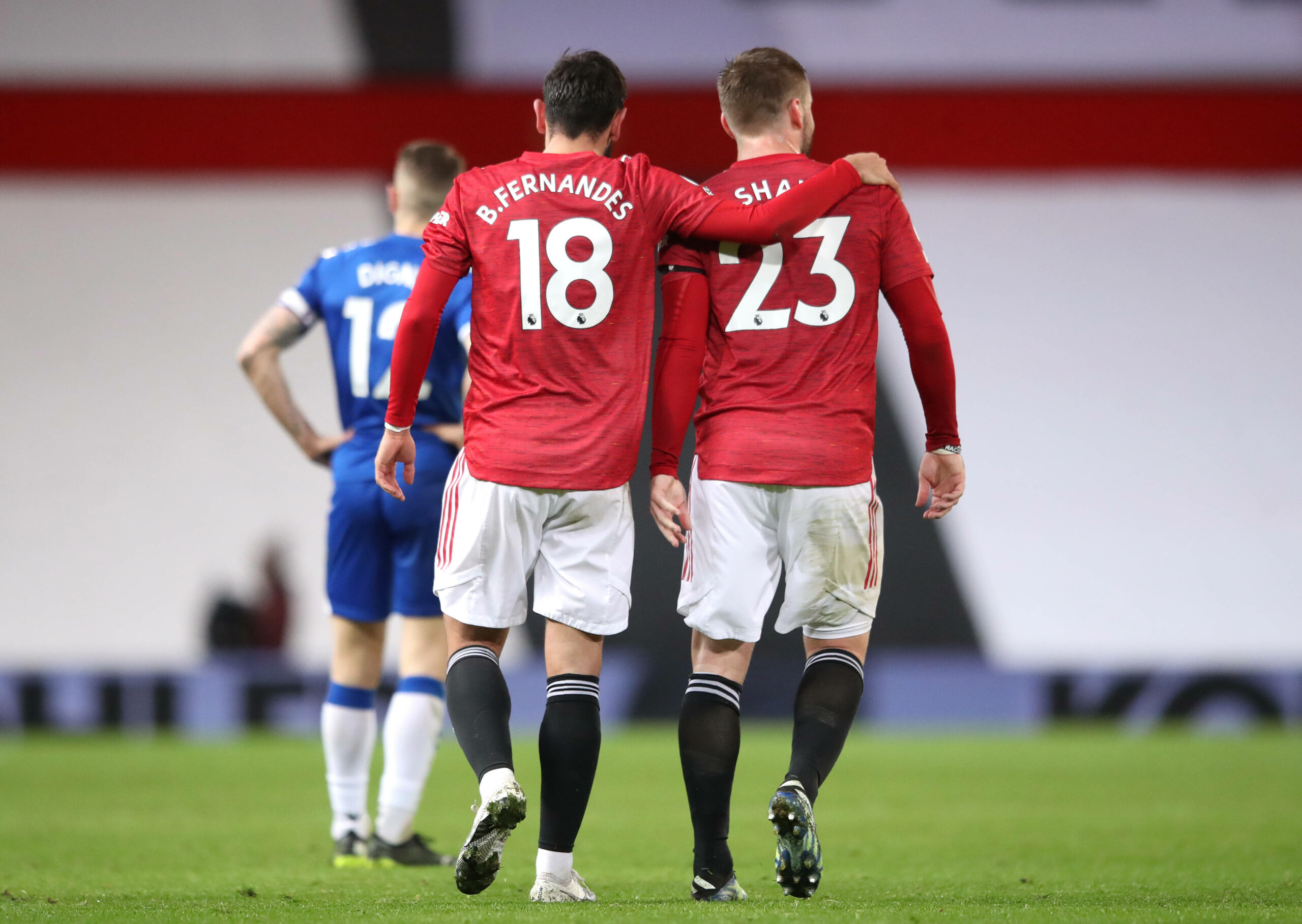 Two Manchester United players have been named in the coveted PFA Premier League Team of the Year.

Bruno Fernandes and Luke Shaw are both in the line-up after a stellar campaign for the Red Devils.

Fernandes scored 18 goals in 37 top-flight appearances, with only Harry Kane and Mohamed Salah scoring more goals than the Portuguese star.

The only league game Fernandes missed was against Wolverhampton Wanderers on the last day of the season when Ole Gunnar Solskjaer opted to rest him for the Europa League final.

Luke Shaw has been a revelation this season.

Alex Telles’ arrival in the summer signalled that the club had lost faith in the former Southampton defender.

However, Shaw started the season strongly and went on to make 32 Premier League appearances.

His only goal of the campaign was of huge importance as it came against Manchester City.

Shaw is the first United defender to be included in this team since Rio Ferdinand in 2012-13.

Kane and Heung-min Son are also named in the line-up, alongside Salah.