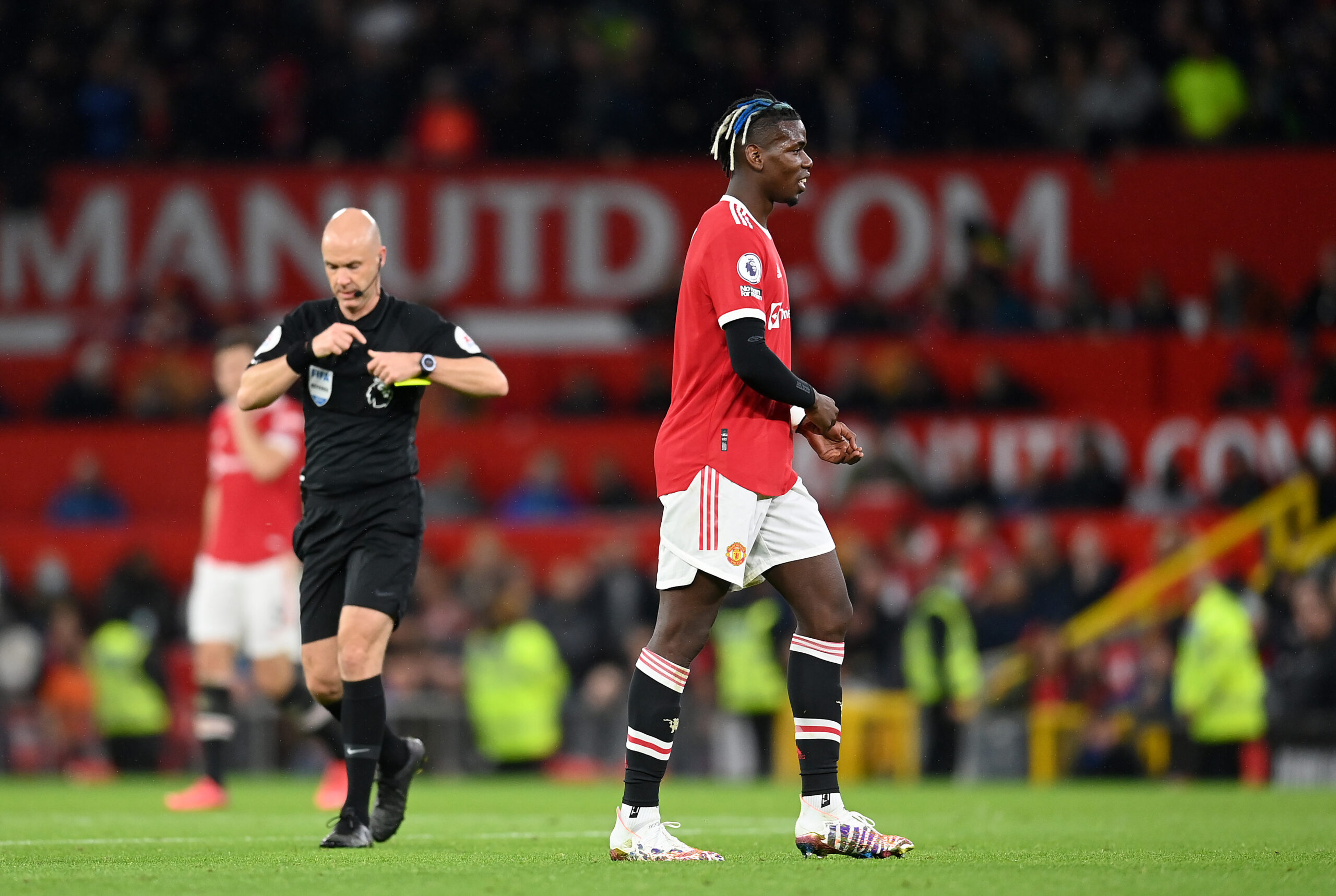 Paul Pogba has broken his silence after being sent off during Manchester United’s 5-0 demolition to Liverpool at Old Trafford.

The French midfielder started the derby from the bench.

After being forced to watch as the Red Devils were torn apart by a rampant Reds side, the 28-year-old came on at the interval but only lasted 15 minutes.

Pogba made a reckless tackle on Nabi Keita midway through the second half.

Although he was initially shown a yellow card, VAR intervention overturned Anthony Taylor’s decision, which led to the playmaker earning a straight red card.

United were already 5-0 down when Pogba received his marching orders, so his expulsion did not change much in terms of the home side’s hopes of fighting their way back into the game.

The former Juventus star has taken to Instagram to urge his teammates to bounce back and rally their troops in a brief statement.

“No time to feel sorry for ourselves… Wake up, step up and make the next days better!” he wrote.

Pogba’s disastrous challenge has sparked speculation about the player’s lack of motivation and desire to play for United.

Since returning to Old Trafford in 2016, the Frenchman has blown hot and cold, often struggling for form and fitness.

He has been a polarising figure, depending on which side of the spectrum of liking him you stand on.

Pogba has less than a year left to run on his current contract in Manchester, with talks of his potential Premier League departure intensifying with each day passing.

United’s powerbrokers are keen to tie the 2018 World Cup winner down to a new deal, but the player’s agent, Mino Raiola, looks to have other ideas.

Raiola has never hidden his desire to take his client away from England, with Real Madrid, Paris Saint-Germain and Juventus emerging as potential destinations.

With United’s hopes of claiming their first Premier League title in almost a decade already hanging by a thread, Pogba’s future at Old Trafford is also up in the air.