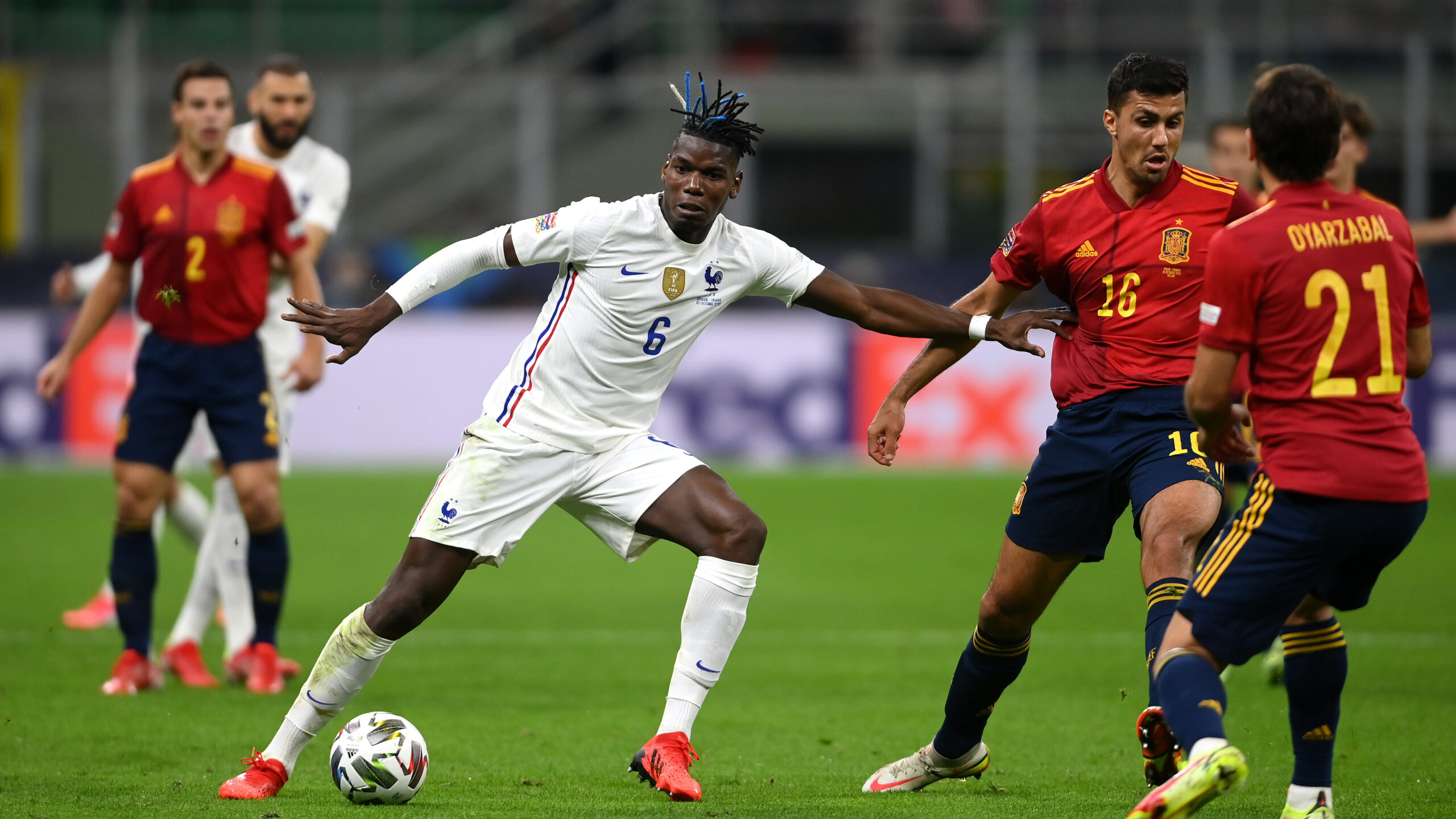 Les Bleus went behind through a Mikel Oyarzabal goal on the counter-attack in the 64th minute, but Karim Benzema levelled the scores moments later with a stunning curling effort.

In the 80th minute, Kylian Mbappe handed the lead to the World Cup champions. He was initially offside, but Eric Garcia’s slight touch behind him changed the outlook.

The goal was allowed by the assistant referee. After a thorough check by VAR, Mbappe’s goal stood as Garcia had made contact with the ball before it went into the Frenchman’s path.

France held on for a 2-1 triumph despite a late push for Spain. Benzema and Mbappe made the difference on the scoresheet, but Pogba also stood out with a strong midfield performance.

The United star completed six take-ons at the San Siro. He also won three tackles and blocked two shots. The 28-year-old was a driving force from midfield and put in a strong defensive shift at the end.

The £54 million-rated star has regularly played on the left side of the attack for United this term with Scott McTominay and Fred being the regular central midfield pairing for Solskjaer.

Fred was the subject of huge fan criticism after the recent draw against Everton, and it won’t come as a surprise if Pogba returns to his familiar midfield role after the international break.

The change in position would limit his creativity in the final third of the pitch, but the club have plenty of wide attacking positions.

Marcus Rashford is back in the mix after a shoulder surgery.