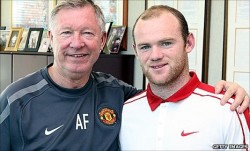 Following Eden Hazard’s decision to join Chelsea, Manchester United and the French Ligue 1 have been linked again in the papers, with Wayne Rooney rumoured to be the target of a £120 million move by cash-loaded PSG.

While the transfer window might still be officially closed, the wheels of the silly season have been spinning furiously in the last few weeks, but even as far as rumours go, the Rooney story is extremely surprising.

The Croxteth-born striker was one of United’s star performers last season, scoring 27 goals in the league as United narrowly missed out on their 20th league title and despite indulging in arms waving exercises a bit too often, he looked totally committed to the cause.

A cause that, according to Rooney, was in danger of being undermined by a lack of financial efforts as he publicly stated in October 2010 when he announced his desire to leave the club, before changing his mind two days later. 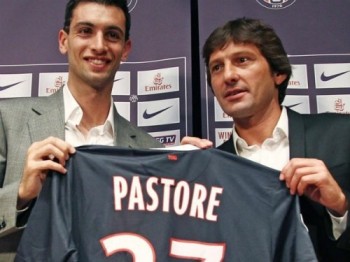 Since then, United have invested £52.9 million in Ashley Young, David DeGea and Phil Jones – an excellent player and two great prospects who have already become crucial part of the starting XI – but missed out on their “big name transfer” as Wesley Snejider decided that Duomo Square was still preferable to Deansgate and then had to stomach a first season without silverware since 2005.

As far as Rooney’s – and United fans’ – ambitions are concerned, this summer hasn’t got off to best of starts as one of the hottest properties in European football has joined a rival club, and the other names circulating are hardly going to have United fans on the edge of their seats.

Leighton Baines would offer quality and quantity as leftback and Shinji Kagawa’s record for Borussia Dortmund isn’t one to be dismissed easily while Luka Modric’s would be a perfect fit for the Reds but, with City sniffing around, the Croatian would probably opt for a larger paycheck. 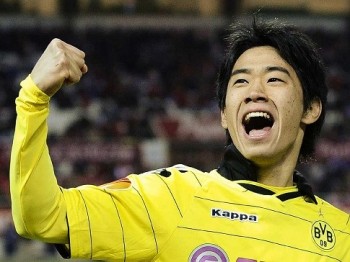 PSG missed out on their first league title since 1994, despite a spending spree that had installed them as clear favourites, but for all their money they still haven’t managed to lure a real star under the Eiffel Tower (Pastore might develop into one but it’s too early to say).

Of course nobody expects PSG to actually come forward with a concrete offer anytime soon, particularly as Carlo Ancelotti’s team has been linked with at least 30 different players in the last month alone, but should they table an offer, United would face a potentially crucial decision – not so much for their short term future as for the long term one.

Since the 2006-2007 season United have sold players for a total of £165.6 million, while they could face the chance of earning almost as much in a single transfer, a surely tantalising prospect for the Glazer family.

If United don’t invest money in the summer, Rooney – and some of his teammates – could feel deceived by the promises aired on a weekly basis by David Gill and United could run the risk of finding themselves in the same situation as Arsenal, but with a huge amount of debts on their back.

After all, Kagawa might sell shirts in the Japanese market but not even Tokyo’s population completely decked in red would deliver £100 odd millions to Malcolm & Co as quickly as Wayne Rooney eating baguette and foie gras along the Seine.