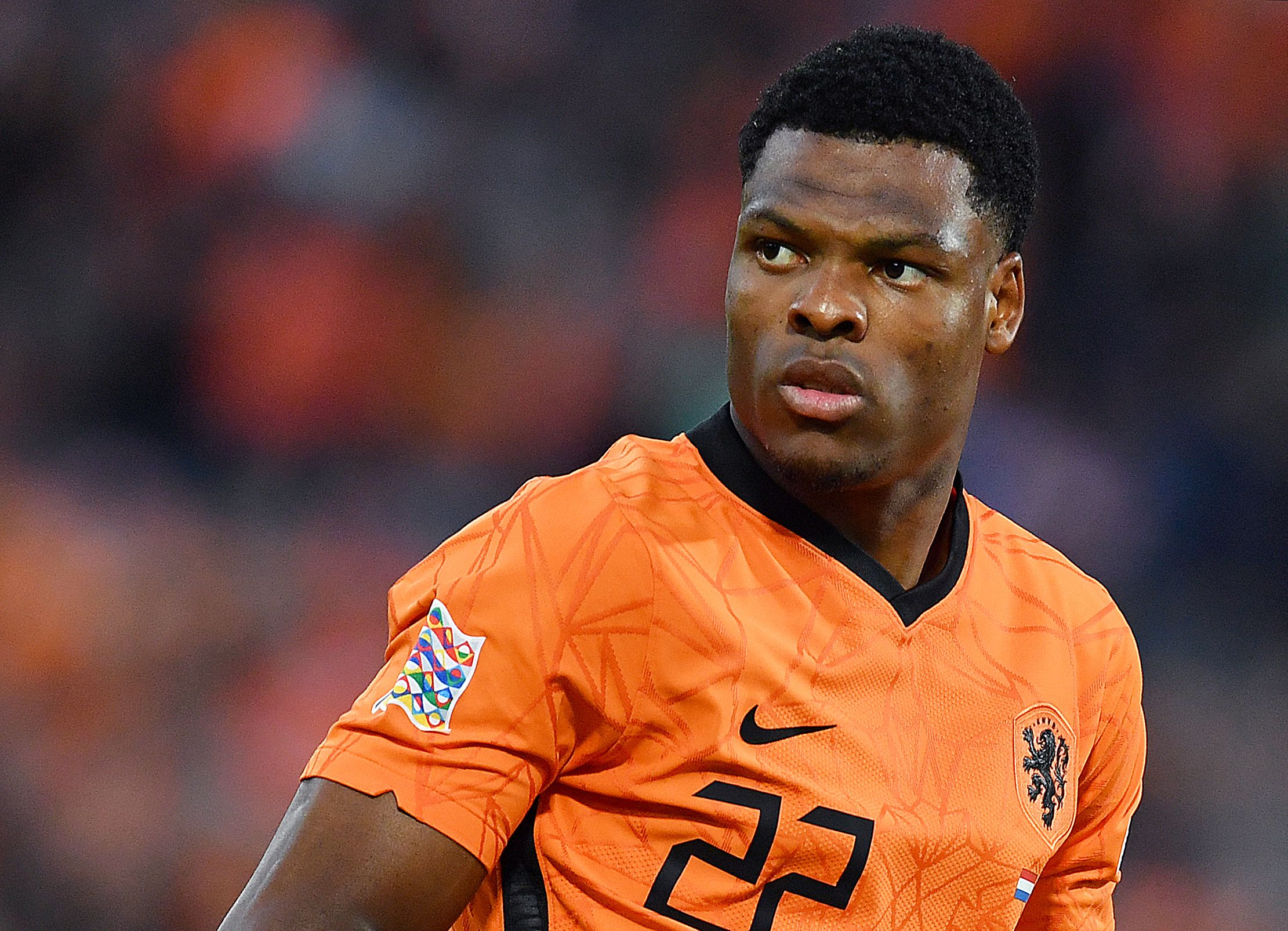 Gazzetta dello Sport claims that both United and Chelsea want to sign the 26-year-old Inter ace in the summer transfer window with the Serie A outfit demanding a huge €50 million (£42m) fee.

However, we believe that there is a lot better value for money to be had out there in the transfer market this summer. Some might think that missing out on Dumfries to Chelsea would be a big blow for United.

We would suggest otherwise though. Erik ten Hag wants to bring Barcelona star Sergino Dest to Old Trafford this summer according to The Sun.

The 21-year-old Barca ace is available for around £21m (Barca Universal) – an absolute bargain in this day and age.

That’s half the money that Inter want for Dumfries – it’s a no-brainer really. Dest is five years younger as well.

With United and Chelsea both keen to sign the 26-year-old, ten Hag should just back off in our opinion.

Described as an explosive right-back by the Chronicle, Dumfries would be a big upgrade on Aaron Wan-Bissaka in our book. Dest would be an even bigger improvement and a cheaper one at that.

Dest is clearly an exciting young talent, albeit far from the finished article. With good coaching, the South American will undoubtedly go on to become a big star.

The Brazilian possesses pace in abundance and has really impressive technical ability. Dest can operate on the left-hand side of defence as well and that will obviously appeal to ten Hag.

In our view, the Barcelona ace would be a better long-term option for United than the Inter Milan right-back.

And United should just let Chelsea have a free run at Dumfries this summer.

Read also…Manchester United should be going all out for £70 million ‘new Ronaldo’.