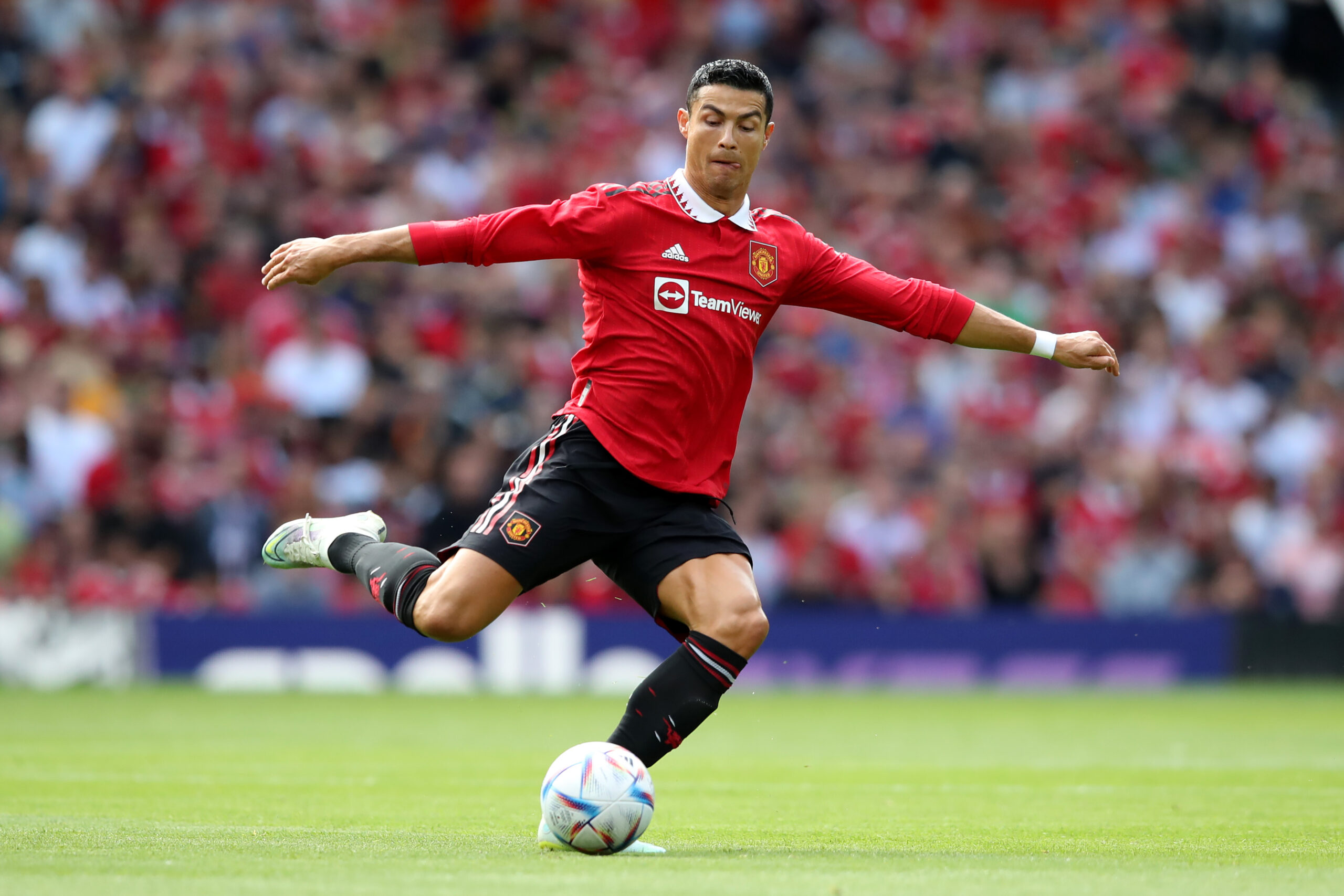 Manchester United should seriously consider selling Cristiano Ronaldo to Chelsea to get a leg up in the race to sign RB Salzburg ace Benjamin Sesko this summer.

Chelsea want to sign Ronaldo according to a report from Manchester Evening News. Meanwhile, Fabrizio Romano claims that United and the Blues are keen to prise Sesko away from Salzburg.

The 37-year-old Portuguese superstar is an unbelievable player and alongside Lionel Messi, he will go down as one of the two greatest and biggest stars of his generation.

However, Ronaldo clearly doesn’t fit into Erik ten Hag’s high-tempo, high-press philosophy. Moving the ex-Real Madrid star on from Old Trafford this summer will 100% be the right thing to do for ten Hag.

Getting his huge wages off the book and receiving a transfer fee for him may be problematic but that’s where Chelsea could come in. And we think United could kill two birds with one stone.

Manchester United should try and sell Ronaldo to Chelsea

If ten Hag manages to shift CR7 to Stamford Bridge, it will serve two purposes. Firstly, it will free up salary space to make a major summer signing and it will also bring in some cash to bolster the Dutchman’s summer war chest.

Secondly, it should eliminate the west London outfit from the race to sign Sesko from Salzburg. It really will be a win-win situation for United.

The Slovenian forward would be a sensational addition for United and he would certainly be a better fit for ten Hag’s system and playing style than Ronaldo is.

The 19-year-old has been described as an ‘unreal’ striker by Sportskeeda. He has also been labelled as a ‘supernatural talent’ by Sport Bible. And they’re not wrong – he really is a sensational young player.

Sesko stands at 6ft 4in tall, is incredibly strong in the air, has impressive technical ability and is very quick along the ground.

The young Slovenian has bagged 43 goals and 15 assists in 95 career games to date. Not bad for a 19-year-old!

Sesko in, Ronaldo out

The teenager’s infectious energy, stamina, determination and drive would add so much to ten Hag’s ranks at Old Trafford.

Who signs Sesko out of United and Chelsea may well end up being the deciding factor in the race for the top four this season. He’s available for around €60 million (£50m) according to Sport Klub, which is actually good value in this day and age.

The young Salzburg ace has the ability and potential to go on and become one of the world’s best strikers.

United selling Ronaldo would obviously disappoint a lot of fans. Signing Sesko would be a surefire way to soften the blow though. In fact, it would be more than that.

He would take United to another level entirely. And selling Ronaldo to Chelsea could help ten Hag bring Sesko to Old Trafford this summer.