On Manchester United’s ‘Greatest Ever’ Squad 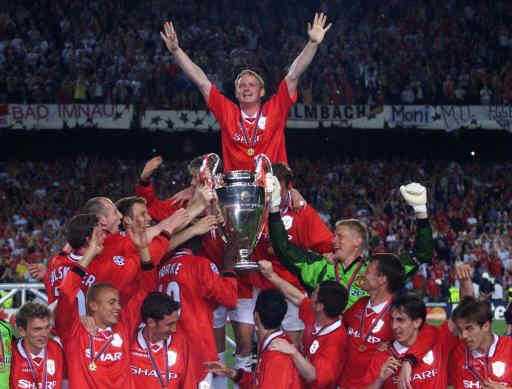 There has been a lot going on these days about United’s greatest squad ever. Depending on which paper you read, apart from the bit on Arsene’s ‘kids’, our squad is the most talked up thing these days.

All this, of course, started when SAF first said that this squad is his best ever. Perhaps he was talking in terms of its potential. But of course, that wouldn’t stop us from asking questions if this is, indeed, our best squad ever. A lazy, but fairly accurate, answer would be to dismiss this question as the answer would be subjective, and grossly unfair. (Cue: All those dodgy best footballers lists.)

But then this is the international week. The most exciting bits of news would be non-football related, at best. So we’d rather spend some time discussing if this squad is the best United squad ever, than trying to bother ourselves watching England take on Austria in another pointless friendly. (Honestly, does anyone think the friendly is worth the effort other than the hope that if they visit Austria now — as opposed to next year for Euro ’08 — it would somehow act as a good luck charm and get them in to compete in Austria, next year?)

Back to our discussion, though; the talk of the current squad being the best of the lot could be either spot on or terribly flawed depending on the angle one chooses to look at it from.

In terms of potential? It has it all. A perfect blend of experience, especially in defence, and youthful exuberance, in attack, has made this squad play the free flowing style of football that the club has been renowned for. So potentially, with the likes of Ronaldo, Rooney, Tevez, Nani, Anderson… this squad has it all. So is it the greatest ever?

Er, that depends. Which brings us to this; What has this squad won? While we are talking of the squad of 2007/08, we know that much of the starting XI have already won the league title the previous year. But we are talking about results from this crop of players. And they haven’t won anything yet.

There is a fine line between goodness and greatness. That line was crossed in ’99. Which would mean that was the best squad ever. But again people would argue about the foreign quota robbing the 94/95 squad of key players costing a potential European Cup.

Much of this talk has been about Sir Alex’s best ever squad. And those three squads mentioned stand out as fair candidates for debate. But what about United’s best ever squad? For me, although I’ve never had the fortune to having watched them play, the 1955/56 team that won the title with an average age of 22 comes to mind. That side had potential as well as results to show for the talent. They also did win the title in the following season. More importantly, the depth of the side was underlined in the aftermath of the Munich disaster, when they still managed to finish runners up in the league after losing a good part of their team.

But, of course, times have changed. And memories stem only from recent history. Personally, the ’99 team with the excellent midfield of Beckham, Keane, Scholes and Giggs and the outstanding pair of Cole and Yorke comes to mind; not to forget Solskjaer and Sheringham, and the rock solid defence policed by the excellent Stam, Johnson, Neville and Irwin, with Schmeichel superb as always, ranks up there with the best.

The current squad is special, certainly. I haven’t felt this good about our squad for a long time. Even last year, I had some doubts when it came to injuries. With this squad, barring two positions, at the most, we seem fairly complete.

Right now, though, it is a bloody good squad. But it is still short of greatness. The reason? It hasn’t won anything, yet.

What do you think?