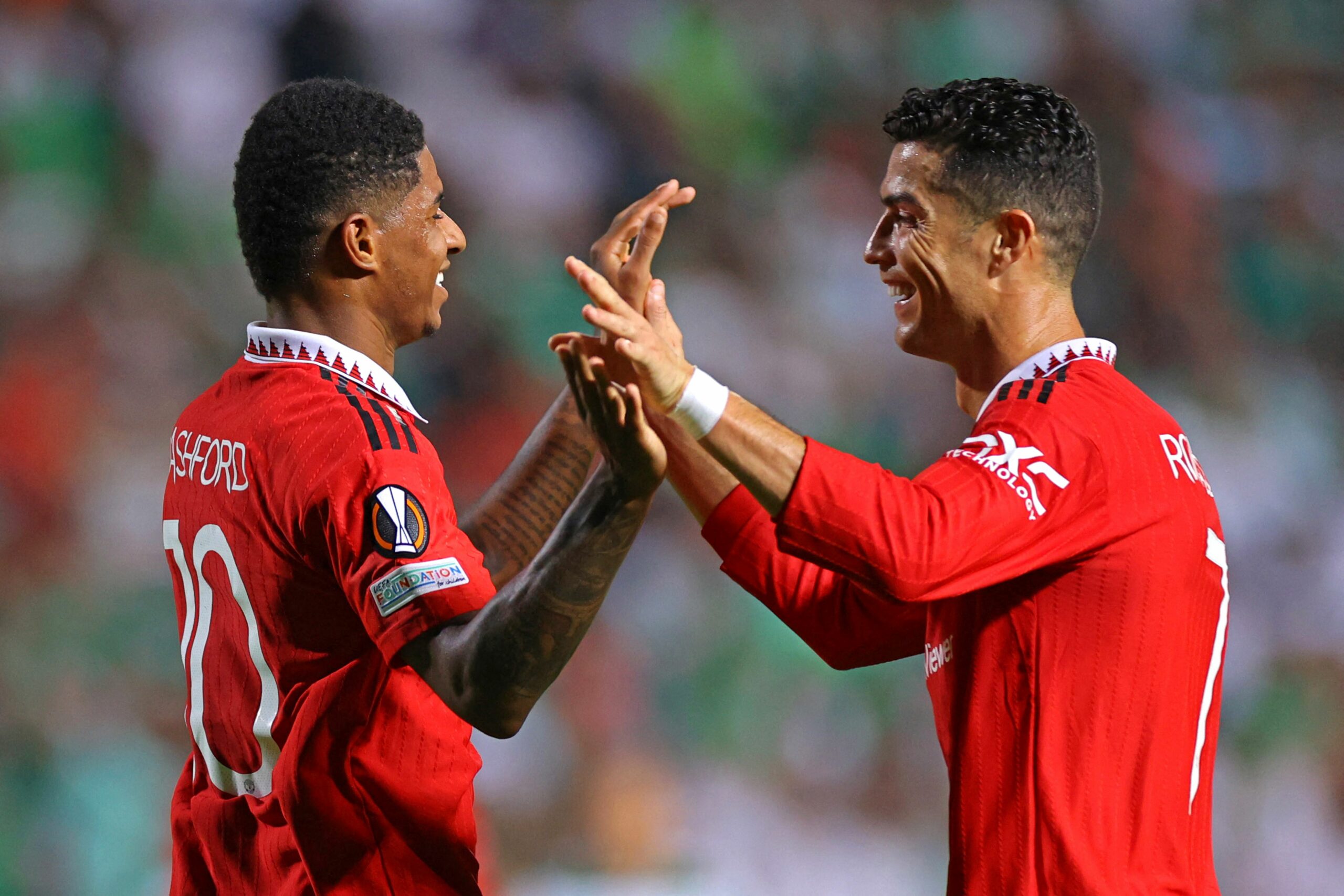 Manchester United came from behind to win 3-2 against Omonia in the third match round of the Europa League on Thursday.

Erik ten Hag made three changes to the side which lost 6-3 to local rivals Manchester City last weekend.

Cristiano Ronaldo was given the opportunity to lead the line. Casemiro started his second game in a United jersey and Victor Lindelof replaced Raphael Varane.

The Red Devils controlled most of the ball but an error from Tyrell Malacia helped the home side to take an unexpected lead.

Marcus Rashford and Anthony Martial came off the bench and made an instant impact.

The former scored twice while the latter added a third goal to his season tally.

This win helped United to take second position in the group with six points, three points behind leaders Real Sociedad.

Here are our three observations from this Europa League fixture.

Plenty of questions were raised about Erik ten Hag’s defence when Man City scored six goals past them. An assured performance was expected against Omonia but it didn’t happen.

A poor touch from Malacia left United open to counter-attack which Karim Ansarifard finished by smartly putting the ball behind David De Gea.

The display of sloppy defending didn’t end there as Diogo Dalot and Victor Lindelof were guilty for Omonia’s second goal.

With fixtures coming thick and fast, Ten Hag needs to shore up his defence quickly.

Rashford changed the outlook of the game after coming off the bench. His breakneck pace threatened Omonia’s backline multiple times.

A sumptuous pass from Bruno Fernandes found him running towards the goal. He failed to control the ball but Ronaldo’s run helped him to get some space which he utilised to curl a fantastic shot to bring the score to parity.

He bagged his second of the night via a tap-in, taking his goal tally to five for season 2022-23. Between his goals, he also earned an assist. He placed the ball into Martial’s path who drilled a shot past the goalkeeper to give United a lead.

If Ronaldo was in his prime, he would have easily bagged a hat-trick tonight.

The veteran had several half-chances to score his first goal of the season from open play but he failed every time.

He got into some great attacking positions but was either let down by his control of the ball or failed to keep his shot on target.

The best chance of the game fell to the 37-year-old when Dalot unselfishly passed the ball to him, only to be denied by the woodwork from six yards.

Ronaldo’s next goal will be the 700th club goal of his career. His teammates did everything they could but the milestone still eludes him.