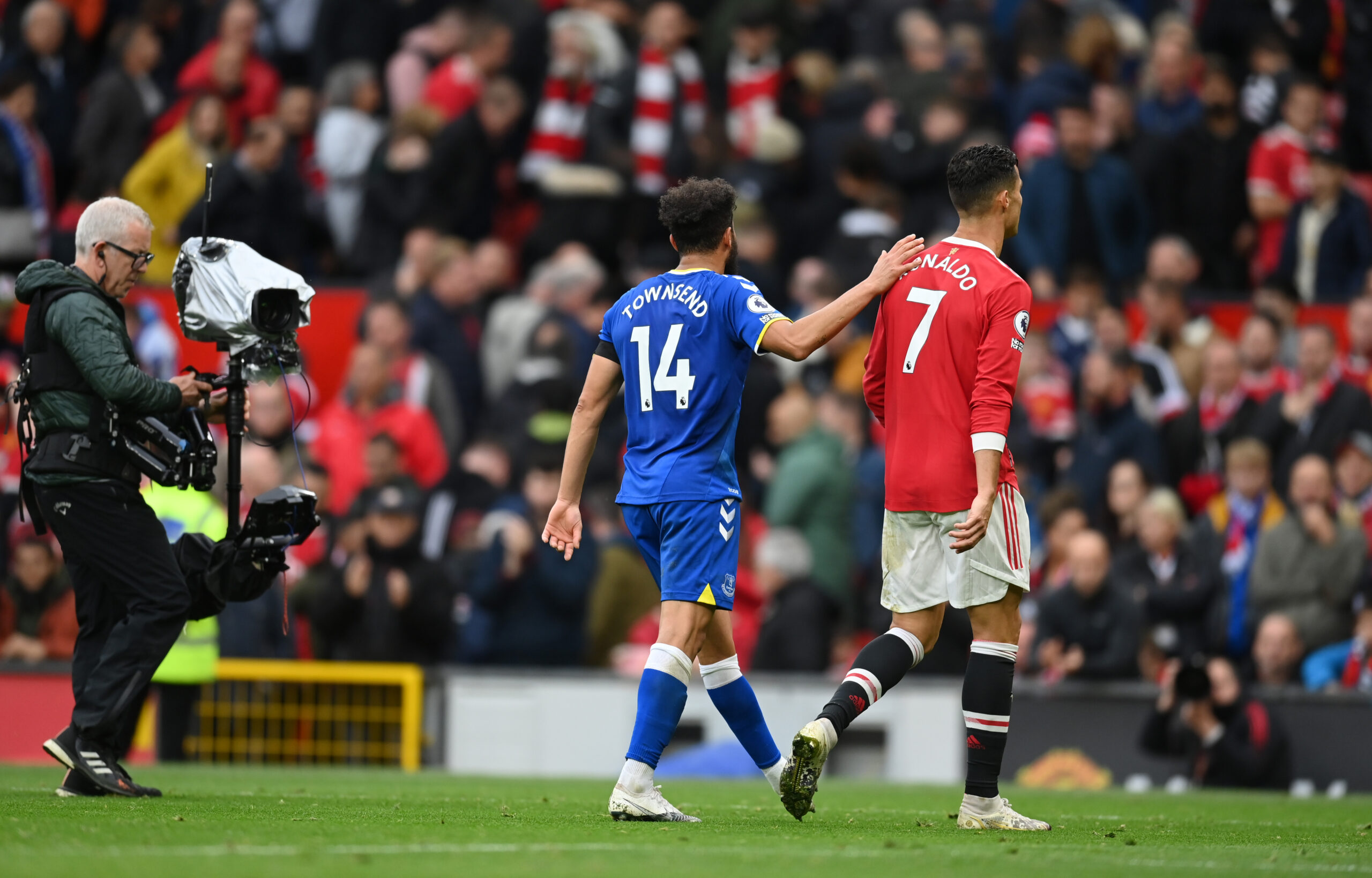 Gary Neville believes Ole Gunnar Solskjaer will have to speak with Cristiano Ronaldo following the Portuguese’s reaction to Manchester United’s 1-1 draw with Everton.

Ronaldo stormed straight down the tunnel at full-time at Old Trafford in frustration at being handed just 30 minutes of action.

Although it was the Red Devils’ last Premier League fixture ahead of the international break, Solskjaer shook things up by dropping Ronaldo to the bench.

Solskjaer insisted he had no regrets over his decision to bench the 36-year-old forward, although the draw piled more pressure on him.

“You make decisions throughout a long, long season – you have to manage the players’ workload and the decision for me was the correct one,” he told the Independent.

“Anthony Martial did well, scored a good goal. Edinson [Cavani] needed minutes and could have had a goal. We have to make those decisions at the time.”

Despite trailing Premier League table-toppers Chelsea by a couple of points, Solskjaer is feeling the heat as United’s struggle for consistency continues.

Neville believes Ronaldo’s latest action ramped up the pressure on Solskjaer and urged him to ‘have a word’ with the ex-Real Madrid talisman.

“I think that is something that just has to be managed in the next couple of months,” he told the Independent.

“Cristiano is not always going to score – he’s maybe not going to play every single game.

“But I think if he walks off like that, it’s going to put immense pressure on Solskjaer. There’s no doubt the talk after the game was about the manager.

“I think he has to look after himself, Ole, be selfish and make sure he manages Cristiano in such a way – and he will do, he’s managed Paul Pogba for the last couple of years pretty well.

“I think he will have a word with Cristiano and say, ‘Look, come on, if you’re going to do that, let’s do it in the changing room’.

“Ultimately, you doing that on the pitch brings extra pressure, he does have that reputation and I don’t think it would have helped Ole in that situation.

“But on the other hand, Cristiano is not a sheep either, he’s not just going to follow and not show anything, he will demonstrate his dislike and lack of happiness with that situation.”

Since returning to Old Trafford late in the summer, Ronaldo has netted five goals in seven competitive appearances under Solskjaer.

But after scoring three times in his first two Premier League outings in 2021/22, the ex-Juventus ace has drawn a blank in his last two league matches.

Although he has netted in both Champions League fixtures this season, Ronaldo cannot reconcile with failing to score in back-to-back top-flight games.

While the five-time Ballon d’Or winner is a polarising figure, no one can deny his scoring prowess and unparalleled desire to win, so his latest reaction ties in with his personality.