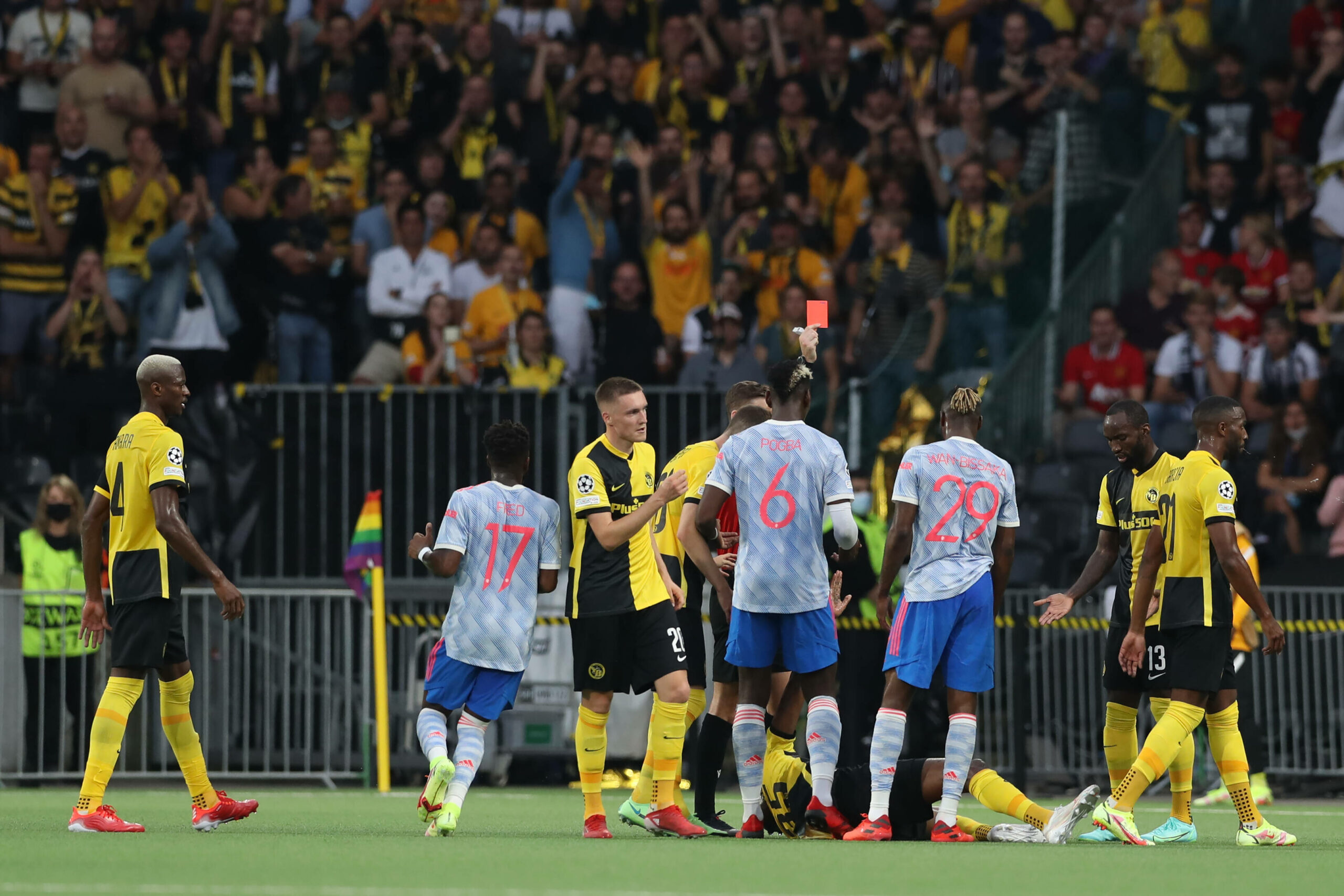 Manchester United made a disappointing start to their Champions League campaign with a 2-1 defeat to Young Boys last night.

In what was considered the easiest fixture of the group, United fell prey to their mistakes and paid dearly.

They made a great start with Cristiano Ronaldo scoring the opener.

However, Aaron Wan-Bissaka was sent off for a rash tackle on Christopher Martins 10 minutes before half-time.

This completely changed the game, and Young Boys took full advantage to claim victory with a stoppage-time winner.

Solskjaer was unhappy with the way things turned out and claimed that the referee’s decision for the red card was harsh.

“That’s a little bit the AstroTurf, Aaron gets a touch that’s too far, and he gets the ball but he follows through,” Solskjaer told MUTV.

“It’s hard to argue against the referee, but then he didn’t go through his ankle – he hit him on the top of his foot.”

It is a questionable view put forward by the manager, as the decision made by the referee was spot on.

Wan-Bissaka did make a genuine attempt for the ball but caught Martins’ ankle to leave the official with no choice but to send him off.

The full-back will now serve a one-match ban and is unavailable for the fixture against Villarreal at the end of the month.

While last night’s result was disappointing, there is still plenty of time for United to make their mark in the group.

Villarreal and Atalanta drew 2-2 in the other game, meaning that the Red Devils’ fate is still in their own hands.

However, they will have to avoid any further disciplinary issues to progress to the knockout stage.