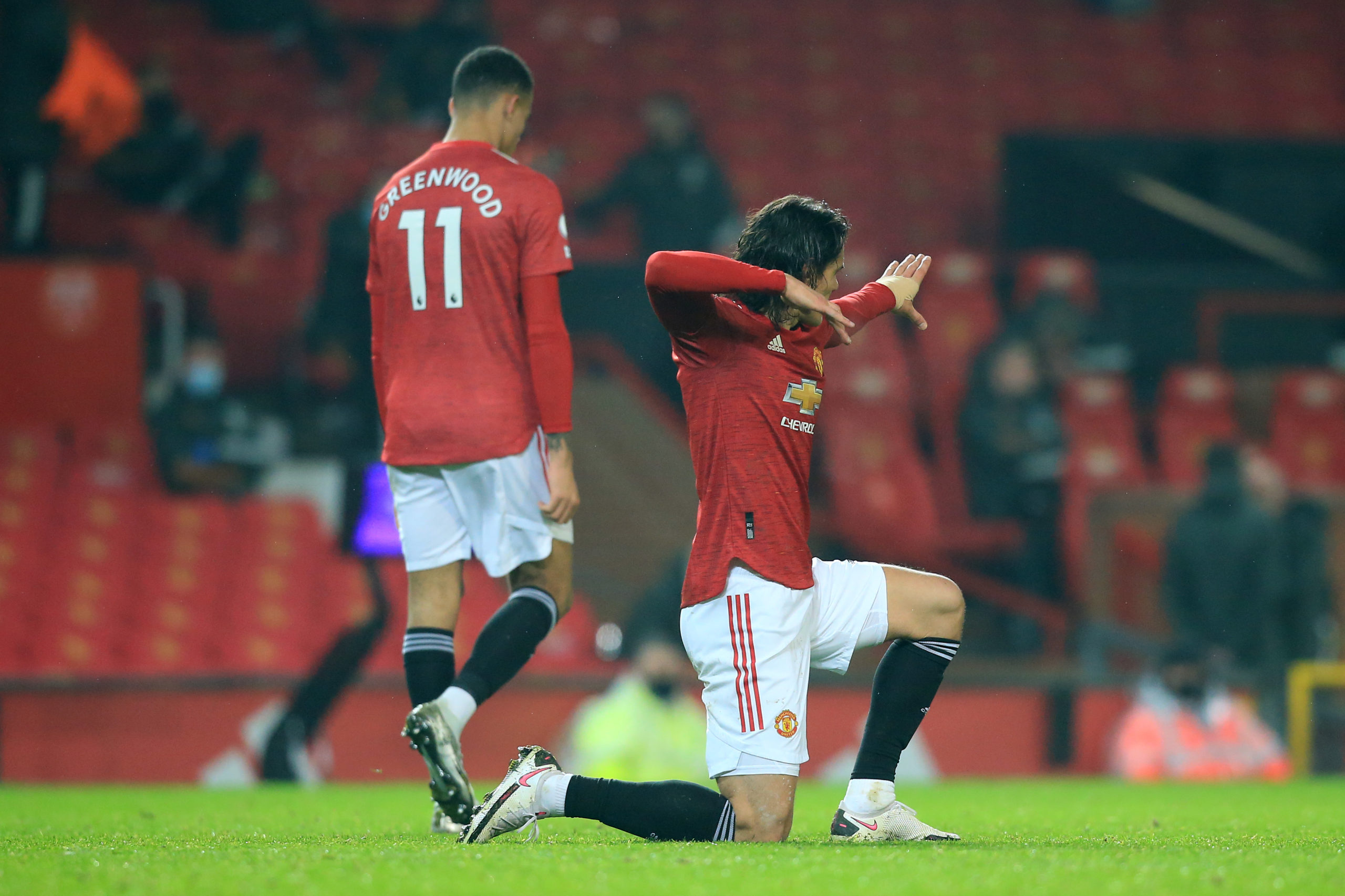 Manchester United manager Ole Gunnar Solskjaer has said that Edinson Cavani was taken off last night due to a potential ankle injury.

The Red Devils made easy work of Southampton as they thrashed them 9-0 to equal the biggest win in Premier League history (a record they own).

Cavani scored his team’s fourth goal after heading in on a cross from Luke Shaw. It was the Uruguayan’s first goal at Old Trafford.

Near the end of the first-half, the 33-year-old was fouled at the edge of the penalty area by Kayne Ramsay which resulted in him being replaced by Anthony Martial at the interval.

Speaking to Man Utd’s official website, Solskjaer said: “Edinson got a bad tackle on his ankle so he had to come off.

“He probably would have loved to be out there scoring goals. But there was no point in taking any risks. Hopefully, it won’t swell up too much.”

Given how United were running riot, Cavani might’ve been able to score another goal or two. Martial who replaced him managed to score a brace.

Cavani now has six goals and two assists in 21 appearances for the Red Devils this season which is pretty decent for someone who was signed as a back-up option.

Solskjaer will be hoping that the Uruguayan striker’s ankle issue isn’t too serious as at this stage of the season no team can afford any long-term injuries.

Following the win against Southampton, United are in second place in the Premier League table with 44 points, the same as leaders Manchester City who have played two games fewer.

The Red Devils next play Everton on Saturday at Old Trafford. United beat Carlo Ancelotti’s side on the two previous occasions they’ve faced this season, 3-1 in the Premier League and 2-0 in the Carabao Cup.

They’ll be keen on registering their third successive win over the Toffees and there’s a good chance of them doing so.

However, if the Merseyside outfit win this weekend, it will be their first victory at Old Trafford since 2013.