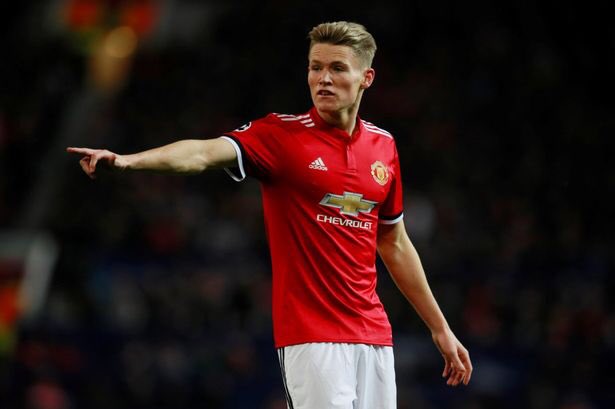 Manchester United manager Ole Gunnar Solskjaer has confirmed that Scott McTominay and Paul Pogba could be sidelined for a while after failing to recover from their respective ankle injuries.

McTominay sustained his concern during the closing stages of the Premier League clash against Brighton & Hove Albion this month and Solskjaer has now stated that the Scot may not return to action for a couple of weeks at the least.

“He has not been training with us, he is still recovering and, hopefully, we can see him, maybe, around the time of Tottenham or [Manchester] City [next month]. We don’t know yet,” he was quoted as saying by the club’s official website.

Meanwhile, Pogba was initially fancied to return to training towards the end of November but Solskjaer has revealed that the Frenchman may need more time to recover as he has to go through rehabilitation after the cast on his ankle was removed.

“Paul is improving. Obviously he has been out and, when you are in a cast for that long, you do lose your muscle, so gradually you have to step it up. He has not started on his football work yet so it will still be a little while before we see him,” he added.

Fred and McTominay have been the regulars in the centre of the park over the past month but the latter’s absence could pave the way for a maiden league start for James Garner or else, Andreas Pereira may feature in a deeper role.

Nemanja Matic has made a timely return to training following his unknown injury setback last month but Solskjaer has suggested that the Serbian may not be ‘match fit‘ for the weekend game after spending more than six weeks on the sidelines.

Manchester United are nine points adrift of the top four after 12 games into the season. Sheffield United will undoubtedly provide a testing challenge, considering they have shown a strong defensive resolve on their top-flight return.