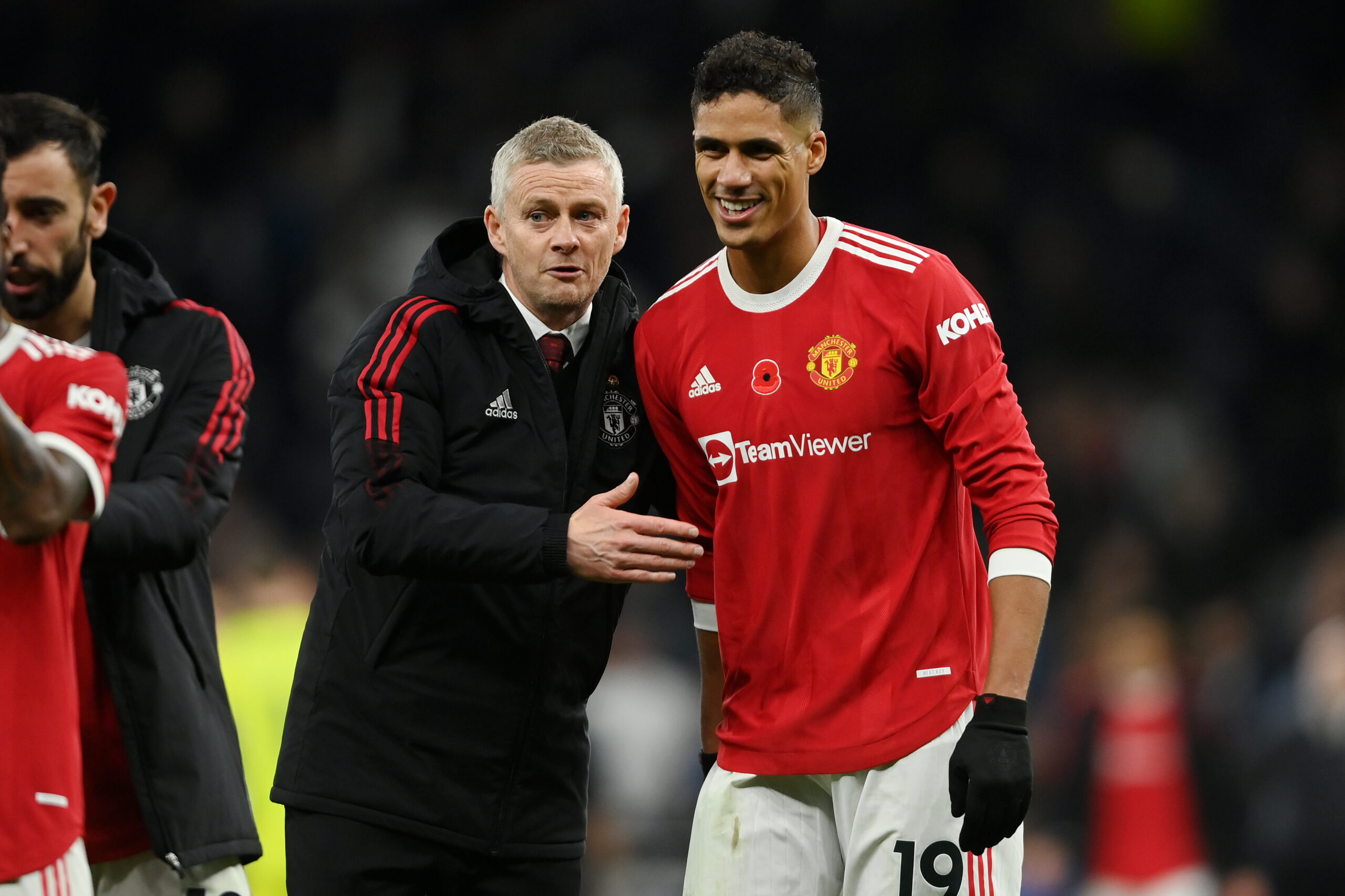 The Frenchman recently returned to the starting line-up for the Premier League clash against Tottenham Hotspur after spending a few weeks on the sidelines with a groin problem.

The centre-back produced an assured performance in central defence alongside Harry Maguire and Victor Lindelof.

He got the nod to start yesterday with the latter out with a minor concern.

Varane once again featured in a back three with Eric Bailly and Maguire on either side, but he was substituted in the 38th minute after suffering a hamstring injury unchallenged.

This prompted a formation change for Solskjaer. Mason Greenwood was brought onto the pitch, with the Norwegian reverting to his preferred 4-2-3-1 formation for the remainder of the game.

The scores were level at 1-1 at that point, but Atalanta took the lead before the hour mark.

Cristiano Ronaldo came up with a superb controlled volley to level the proceedings in injury time. Greenwood made the assist.

Speaking after the game, Solskjaer revealed that Varane felt his hamstring, and the Frenchman didn’t want to risk playing on.

He told Manutd.com: “First look at it, he felt his hamstring as he ran there. He didn’t want to risk anything. First assessment doesn’t look good. Fingers crossed.”

Varane has had injury concerns throughout his career. While he has not suffered any major setbacks in recent years, they have kept him on the sidelines for a short period of time.

The Frenchman may have been rushed back to action after his recent groin issue, but it was perhaps vital for United, who had recently gone four league games without a win.

Solskjaer preferred to start with a 3-4-1-2 formation for the second game running, and he may want similar defensive assurance for the Manchester derby on Saturday afternoon.

Luckily, Lindelof has only suffered a ‘minor injury’. The Swede appears in line to fill the void left by Varane. Bailly had one poor moment against Atalanta, where Duvan Zapata capitalised on the space behind him to score.

However, it was a more assured performance from the Ivorian from recent times.

The centre-back blocked a Zapata shot that seemed destined for goal before another key interception on the stretch.

United are unbeaten in their last four Manchester derbies in the league with three wins but will need better defensive organisation from last night to restrict Manchester City from scoring.