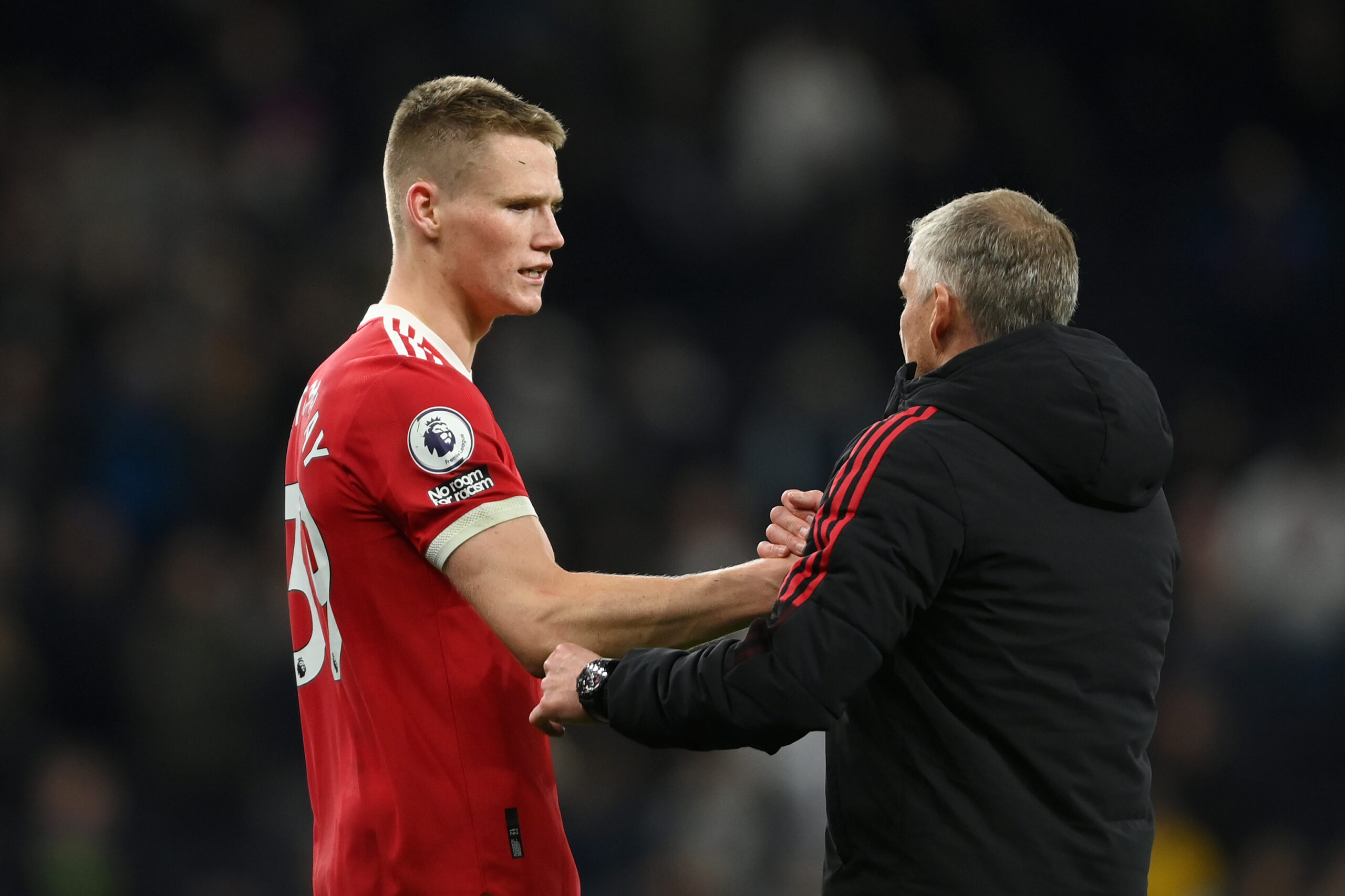 The Red Devils returned to winning ways in style with a comfortable victory at the Tottenham Hotspur Stadium.

Cristiano Ronaldo opened the scoring with a stunning volley before the half-time interval.

Edinson Cavani doubled the lead on the counter-attack in the 64th minute. Marcus Rashford sealed the victory with a third, four minutes from time after coming off the bench.

There were several top performers during the game. Bruno Fernandes provided a terrific cross-field pass for Ronaldo to open the scoring. The latter also bagged an assist for Cavani’s goal.

Following the victory, Solskjaer was full of praise for McTominay. The Norwegian said that the midfielder was ‘absolutely brilliant’ and was his man of the match by a mile.

He said via Manchester Evening News: “Man of the match for me, by a mile. That’s the Scott we’ve seen a few times before.

“He’s had his injury, operation this season but today I thought he was absolutely brilliant, won his tackles, drove forward, kept the ball simple, switched play, headed away set-plays. Absolute top.”

McTominay had a solid performance in the centre of the park against Spurs. He managed to win an impressive ten ground duels while registering four successful tackles and two clearances.

The 24-year-old misplaced just three of his passes on the day, and it was an efficient display from the Scotland international, who has come for criticism from some fans recently.

However, Solskjaer has somewhat exaggerated saying that McTominay was the best player on the pitch, given Ronaldo and Fernandes had terrific outings in north London yesterday.

Aaron Wan-Bissaka also excelled from the right wing-back position. A back three could be the way forward for United, having returned to winning ways after four league games.