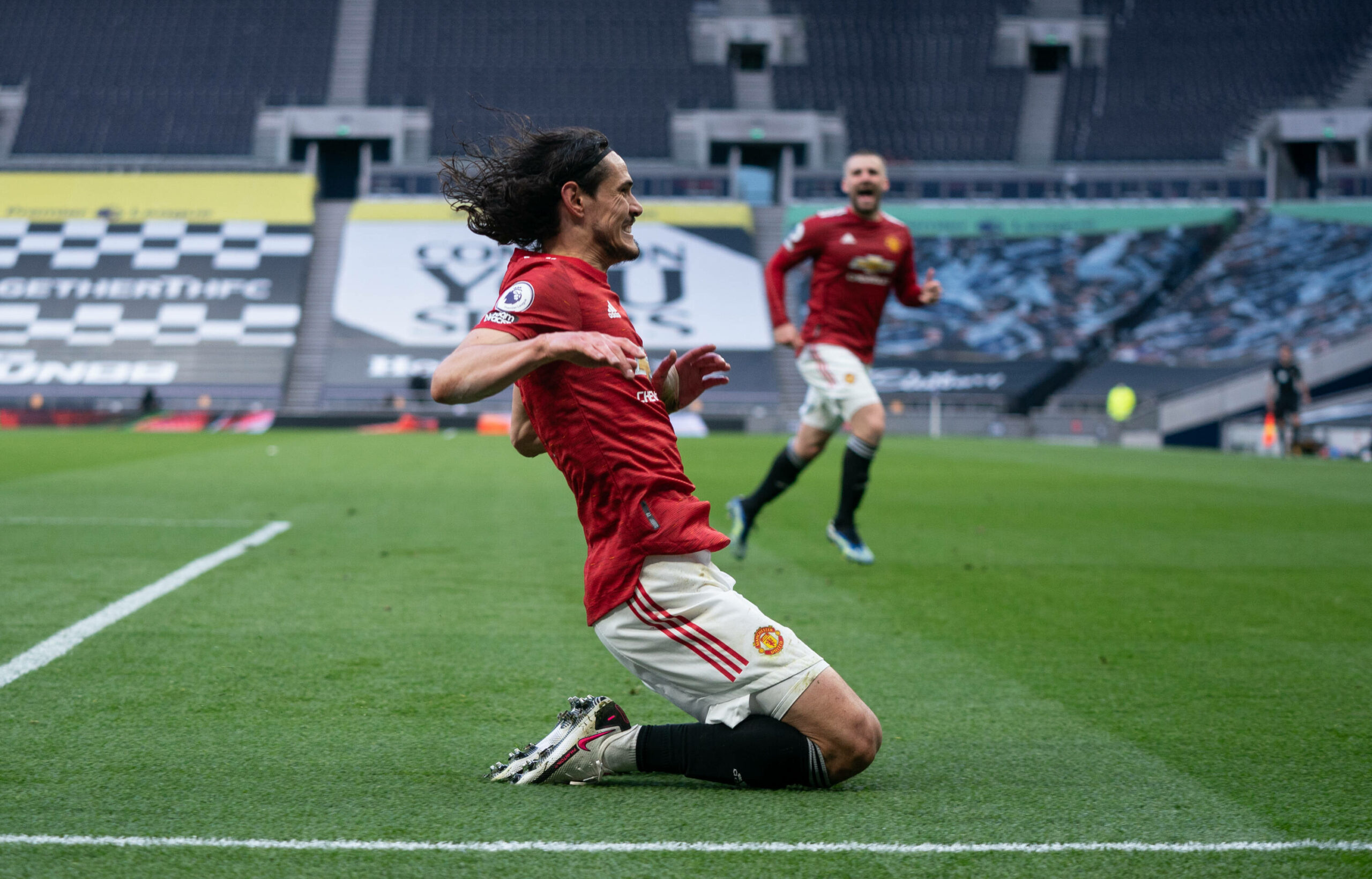 Manchester United had a successful trip to London on Sunday as they registered a 3-1 victory over Tottenham Hotspur.

Ole Gunnar Solskjaer’s side came from behind to win yet another away game in the Premier League.

Cavani has repeatedly been linked with a move back to South America over the past few weeks.

The veteran striker has not adjusted to life in England, but he hasn’t allowed this to affect his performances.

He had a role to play in all three United goals to leave manager Ole Gunnar Solskjaer delighted with his efforts.

In his post-match interview, the United boss confirmed that he wants Cavani to stay at Old Trafford next season.

He said, “I don’t think it’s any secret that this has been a difficult year for everyone, with the pandemic, it’s not been possible to have friends over, family over, to travel, he’s not been able to experience the fantastic culture of Manchester and England.

“He’s contemplating and thinking hard and long about what he wants to do, and I understand. He knows what I want, him at Old Trafford at the Stretford End scoring a diving header, there’s not a better feeling. So let’s wait and see.

“He knows my feelings, I know his feelings. He has not made up his mind yet. You cannot have your family over so, if he decides it’s just this season, we have been very fortunate to have him here.”

Cavani has scored seven goals in Premier League this season and is only behind Bruno Fernandes and Marcus Rashford in the scoring charts.

United will find it very hard to replace him cheaply and they will be eager to retain his services for another year.