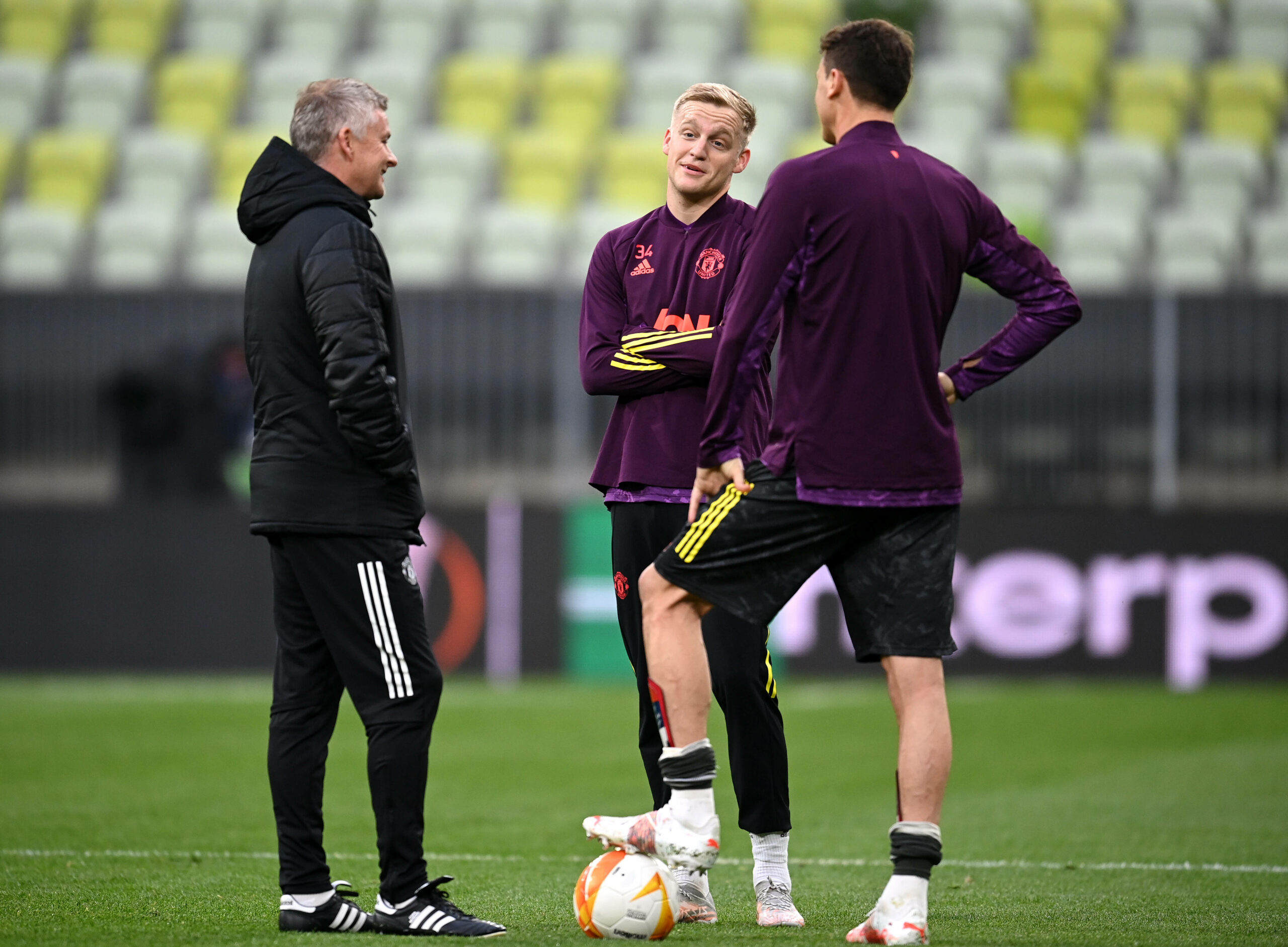 Ole Gunnar Solskjaer has hinted that Donny van de Beek could be tried in a deeper role at Manchester United.

Van de Beek joined the Red Devils last summer, but he has failed to live up to expectations.

He has only featured 19 times in the Premier League, with just four coming as a starter.

The Dutch midfielder came off the bench for the final five minutes against Newcastle United on Saturday.

Earlier this week, he opened up about his role at the club in the Vibe with Five Show hosted by Rio Ferdinand.

He had said that although his favoured position is number 10, he would enjoy playing as a number 6 or 8 given how United are set up.

Solskjaer has now hinted at the possibility of giving van de Beek a chance in a new position.

“He can play as a six in a [midfield] two, he can play as an eight, as an attacking midfielder, as a 10, we have used him on the wide left coming inside,” he told Beyond the Pitch.

“He is a footballer with many qualities that we like at the club but, yes, he can play as one of the two in midfield.”

Van de Beek deserves to get some time on the pitch. As he said, no matter how hard you train, unless you play regularly you cannot give your best.

He was linked with a move elsewhere during the transfer window, but United resisted interest from other clubs.

Solskjaer has been complimentary about van de Beek, but his praise has yet to turn into game time for the midfielder.

He had the opportunity to select him against the Magpies but opted to keep him on the bench until late in the game.

With Scott McTominay ruled out after undergoing surgery, van de Beek must be wondering whether he will ever get the chance to shine for United.