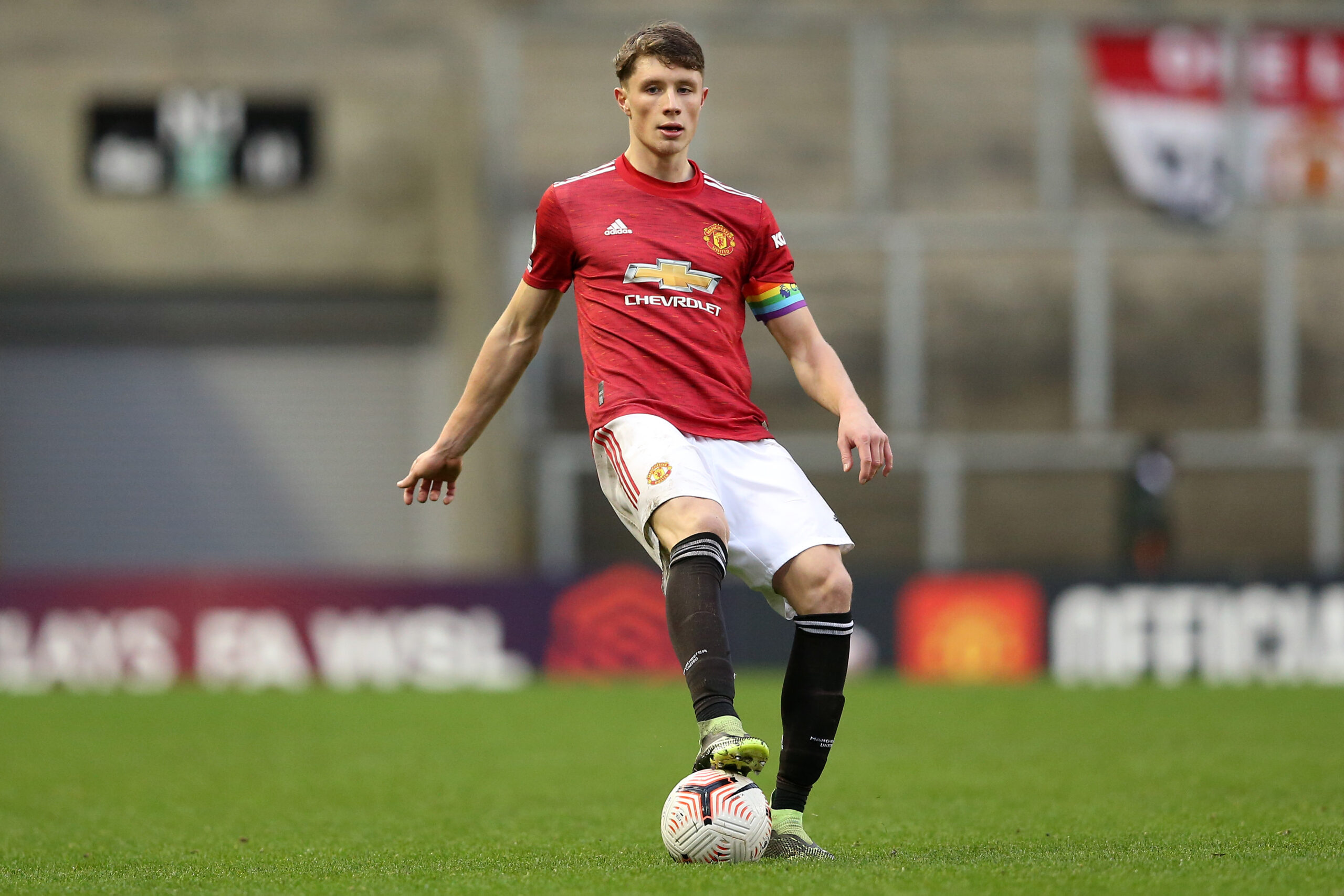 After committing Zidane Iqbal to a new deal, Manchester United have tied up-and-coming centre-back Will Fish down to a new contract.

According to the club’s statement, the 19-year-old prodigy has penned a long-term contract that will keep him at Old Trafford until 2025.

Fish’s new contract includes an option to extend it for a further year, showing just how much confidence the Red Devils put in their talented defender.

The Theatre of Dreams homegrown youngster spent the first half of last season on loan at lower-league outfit Stockport County to gain experience.

He returned to the base in January to join Man United’s youth squad.

The Manchester-born whizz-kid accumulated ten Premier League 2 appearances, adding one more in the UEFA Youth League in the second half of last season.

Fish’s senior breakthrough came on the final matchday of the 2020/21 Premier League season.

Despite Man United’s well-documented defensive issues, Fish will unlikely compete for a place in the senior squad next season.

New boss Erik ten Hag is on the lookout for a new defender to bolster his options at the back.

However, both players performed below expectations, leading to the Dutch manager’s search for a new central defender.

Ajax’s Jurrien Timber is one of ten Hag’s top targets. But the reigning Eredivisie holders are unwilling to let their jewel leave.

Regardless of the outcome of Man United’s pursuit of the Dutch talent, Fish is likely to go on another loan to maintain his development.