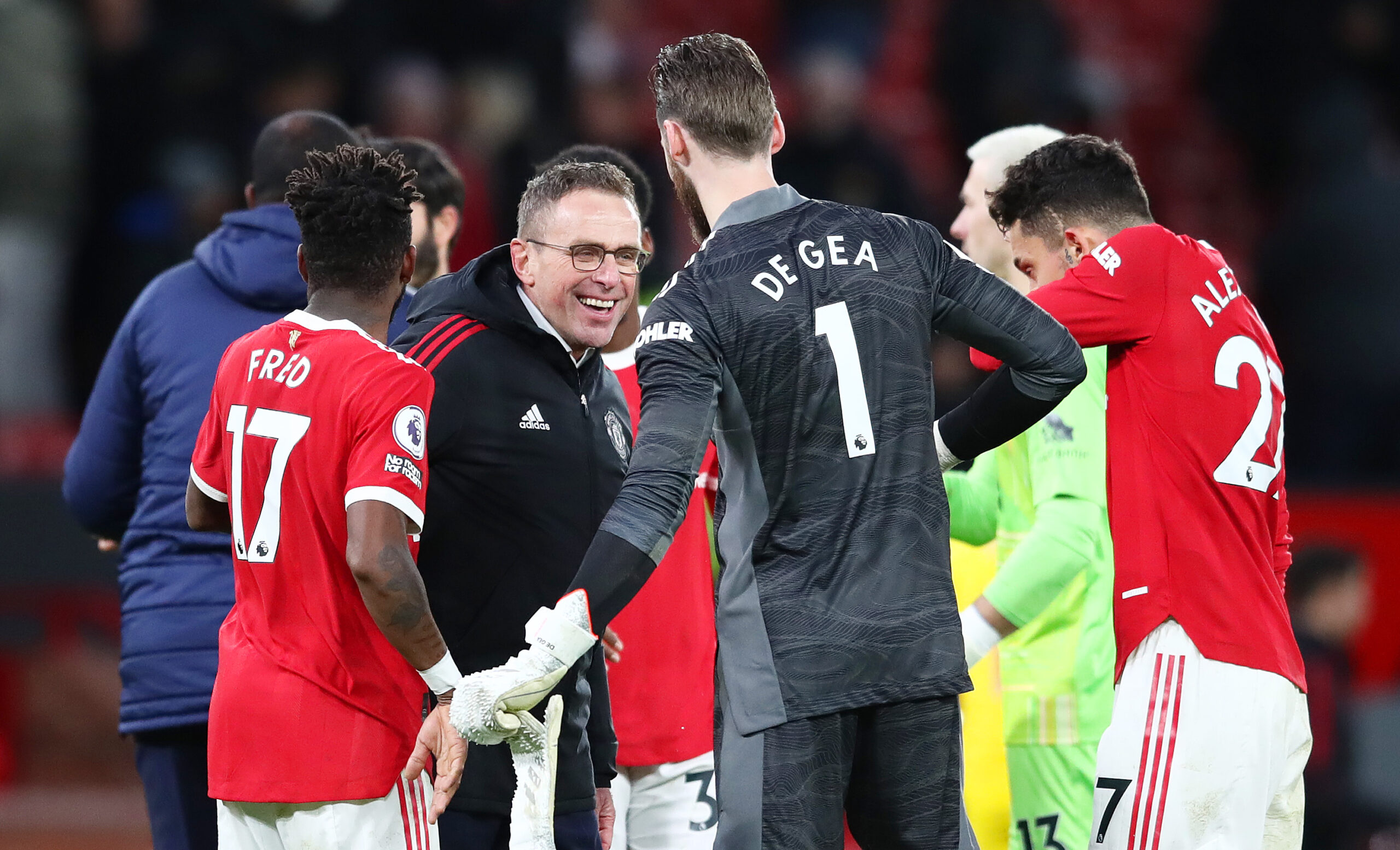 Since parting with Ole Gunnar Solskjaer in the wake of a 4-1 thumping at Watford in late November, the Red Devils have gone unbeaten in three straight Premier League matches (W2, D1).

After coming from behind to beat Arsenal 3-2 in Michael Carrick’s last match at the club, United marked the beginning of Ralf Rangnick’s interim reign with a hard-fought 1-0 win over Crystal Palace last time out.

A brace of Premier League victories ahead of the kick-off means the Old Trafford outfit could make it three league wins in a row for the first time since the opening three rounds of the season.

Despite taking the field as hot favourites to claim the three points, there’s no room for complacency as United are winless in their last four league matches against newly-promoted sides (D3, L1).

Norwich have enjoyed a mini-revival under new manager Dean Smith, although a 3-0 thrashing at the hands of Tottenham Hotspur last time out hindered their momentum.

Before falling to a heavy defeat in London, the Canaries were unbeaten in four consecutive Premier League fixtures (W2, D2), bridging the gap on safety to three points.

Despite coming into this round as basement boys, the hosts’ hopes of avoiding a swift return to the Championship are still very much alive.

United completed a comprehensive league double over Norwich back in the 2019/20 season, winning both Premier League match-ups by a margin of 2+ goals that time.

By extension, the Red Devils have registered eight victories across their last ten top-flight meetings with the Canaries (L2), keeping a clean sheet in six of those triumphs.

None of United’s previous 14 league visits to Carrow Road have ended as a draw (W9, L5), with three of their last four league encounters at this venue yielding an identical 1-0 scoreline (W3, L1).

That’s not necessarily bad news for the Canaries, given that those two clean sheets from four fixtures are as many shutouts as they had in their 26 Premier League home outings beforehand.

However, while they’ve improved defensively, creating chances and converting them remains an issue for the relegation-threatened hosts.

Norwich have failed to get on the scoresheet in nine of their 15 Premier League matches, more scoring blanks than any other side in England’s top-flight this season.

They are the only team in the Premier League yet to smash a 10-goal barrier this term, having scored just eight to date.

Since putting together that streak, the Red Devils have suffered two defeats in their last four top-flight travels (W1, D1), conceding precisely four goals in each loss.

This will be their first Premier League road trip under the stewardship of Rangnick, who handed his entire starting line-up much-needed rest in midweek’s 1-1 Champions League draw with Young Boys.

With star players set to return to action, United will be looking to put more than one goal past their opponents for the first time under the German manager.

Mason Greenwood, who banged home a stunning overhead kick against Young Boys in midweek, could make his way back into the starting XI.

Three of the youngster’s four Premier League goals scored this season have come away from Old Trafford, highlighting how threatening he could be on the road.