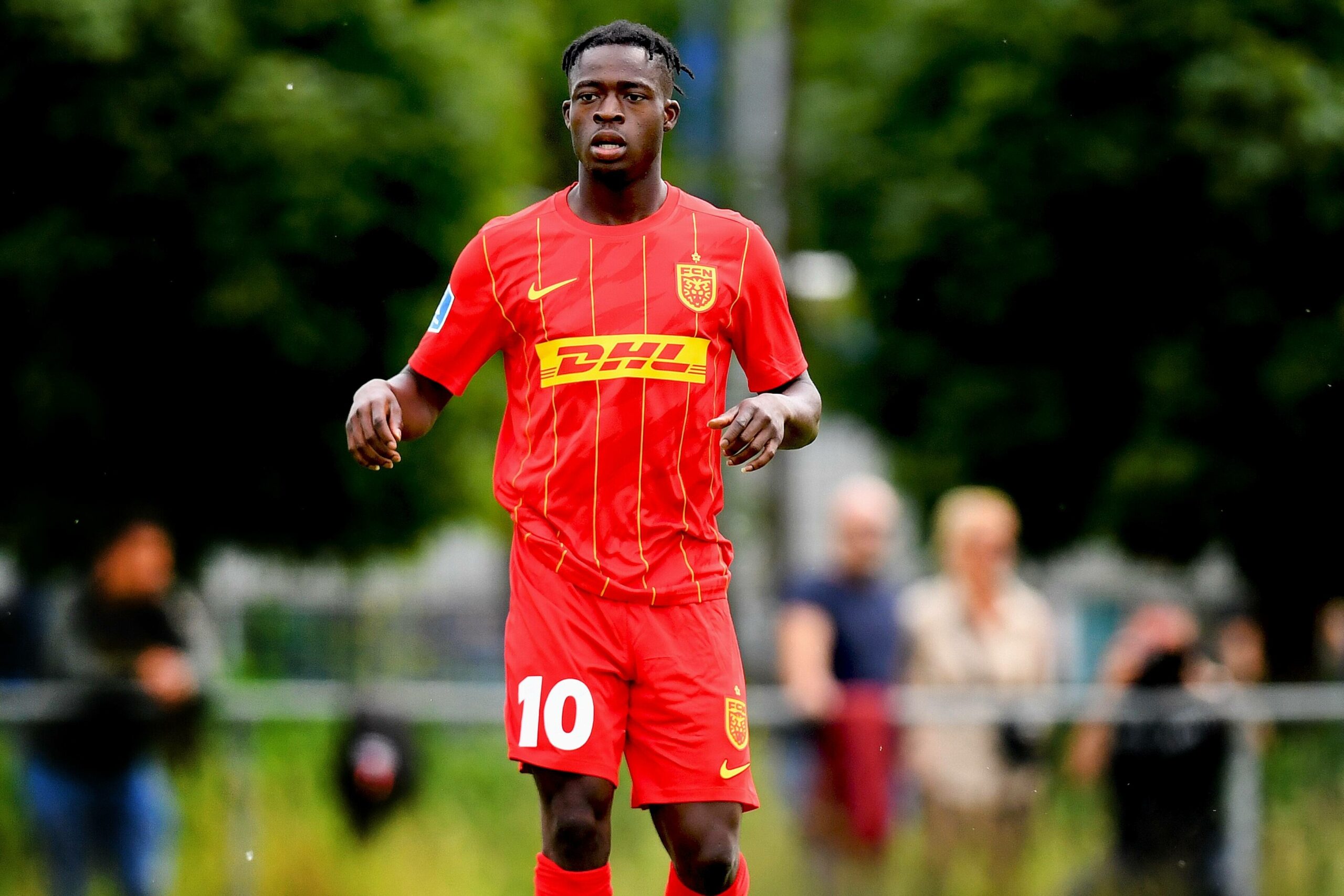 Nordsjaelland chairman Tom Vernon has heaped praise on Manchester United target Kamaldeen Sulemana, claiming that the youngster doesn’t get enough credit for how good he is.

After coming through the Right to Dream Academy, Sulemana has impressed with the Danish club, racking up 43 senior appearances and netting 14 goals to date.

His amazing performances have attracted the attention of several European clubs, including Manchester United, Ajax and Rennes.

Vernon, who found the academy, told Goal.com that the 19-year-old is considering all his options ahead of an expected transfer this summer.

“It’s not our decision – it’s Kamal’s decision as much as it’s ours,” he said.

“We get many bids for many players all of the time at FCN, and it’s really about when you feel ready to take your next step.

“He’s having a think about that and he understands what his options are.”

Sulemana possesses plenty of speed, but Vernon believes that he has much more to his game.

“It’s a combination of that and his tactical awareness, which maybe he doesn’t get enough credit for,” he added.

“Because he’s so fast, people just tend to look at his speed. But he’s tactically very aware and can play in multiple positions.

“Then there’s his imagination in one-on-one and tight situations, similar to Dams (Denmark star Mikkel Damsgaard), but he does things that you can’t imagine and haven’t been seen too often.

“As a winger or a lead attacker, he’s pretty unique.”

Sulemana is a highly talented player who has proved his brilliance in Denmark.

He plundered four goals in his debut campaign for the Tigers after signing his first professional contract with them in January 2020.

The youngster’s performances earned him a call-up for Ghana and he has now made two appearances for the Black Stars.

The Red Devils should sign him if they can secure his services for a good price.