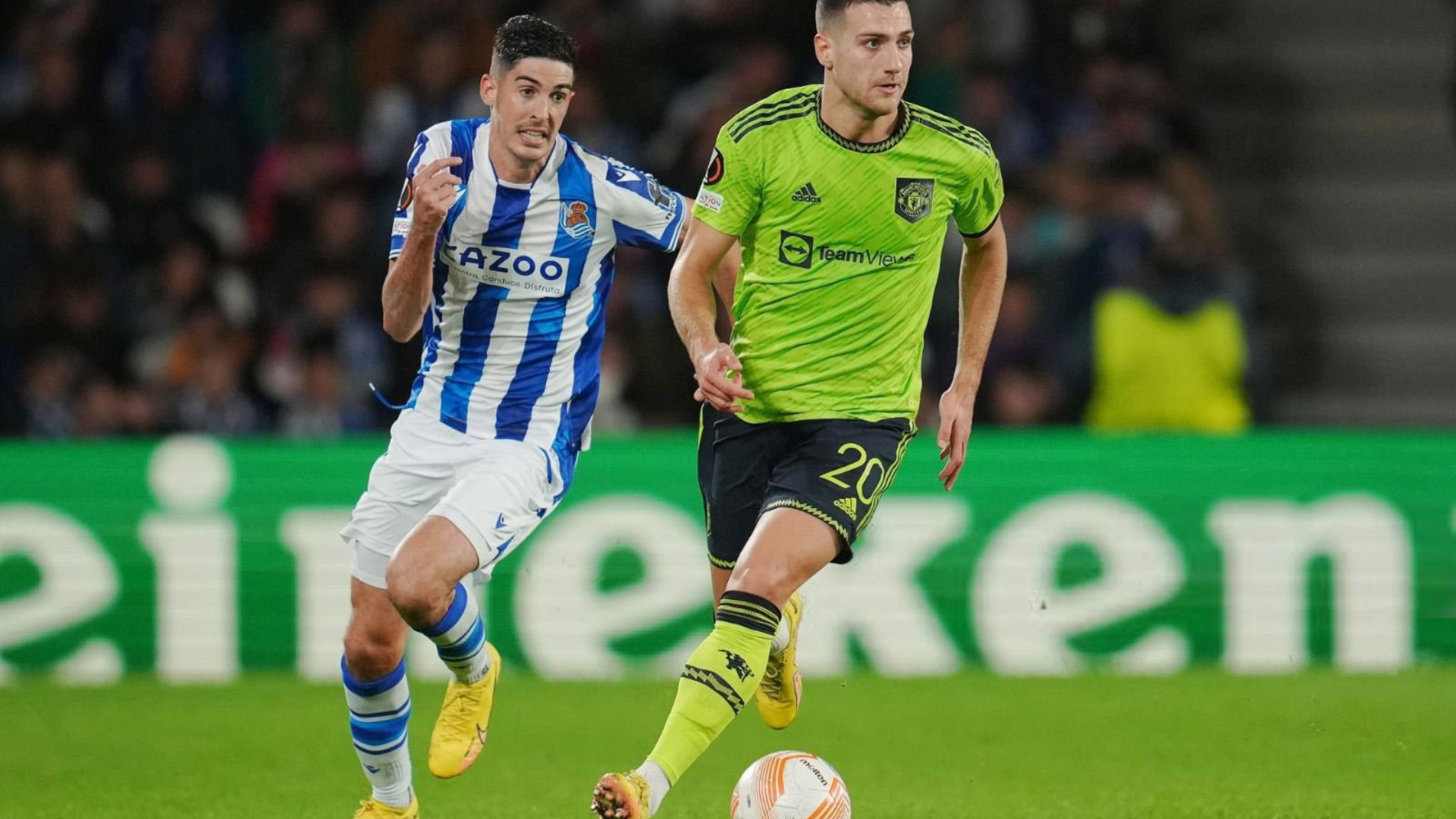 Manchester United star Diogo Dalot recently opened up on his time at AC Milan during his loan spell in the 2020-21 season.

Dalot joined United in 2018 under the managerial tenure of Jose Mourinho. Despite being touted as a sensational talent, he found adjusting to life at Old Trafford difficult.

He was subsequently sent on loan to Milan at the start of the 2020-21 season.

Dalot became an integral part of the Milan team and vital to manager Stefano Pioli’s plans. He appeared 33 times for the Serie A side and scored two goals.

Speaking at the Fans’ Conference (via manutd.com) ahead of the Carabao game against Charlton Athletic, Dalot was asked about his time at Milan.

“I think it was probably the most important step of my career so far,” Dalot said. “I think it was the time for me to regain, first of all, match fitness because I was not playing when I was here.

“Then started to have this kind of routine again of playing every three days, having this schedule in my mind was good because I was not having [it] here, especially because I had injuries that stopped me for a while.

“But going to a different league brought me big experience playing with good players there [and it] is one of the things that made me a better player as well.”

During the interview, Dalot also spoke about how ‘tactical’ Italian football helped him learn about the game.

He stated that despite the notion that Italian football is only about a defensive mindset and tactical astuteness, the latter has been of great help to him.

Diogo Dalot has been in stellar form this season

Despite a slow start to his career at United, Dalot found his footing under former interim manager Ralf Rangnick at the end of last season.

The Portuguese international cemented his place in the starting eleven under the German and has been undroppable since.

Dalot has started 13 out of the United’s 14 games this season in the Premier League. The 23-year-old is yet to score in the league but has assisted once. He has also contributed to five clean sheets, with an average of 1.9 tackles and 65 touches per game.

His impressive performances have put fellow right-back Aaron Wan Bissaka under immense pressure. With a combination of attacking prowess and defensive prudence, Dalot is starting to live up to the hype surrounding him in 2018.

With an average of 1.5 key passes and a passing accuracy of 78 per cent in the league, the Portuguese international has been sensational in transitioning from defence to attack and creating chances.

He has also linked up well with Antony in attack and seems to have developed a partnership with Raphael Varane on the right-hand side of the defence.

Under Ten Hag’s tutelage, Dalot seems to be developing into one of the best right-backs in the world. With new contract talks underway, fans will hope that his great form can continue for several seasons to come.