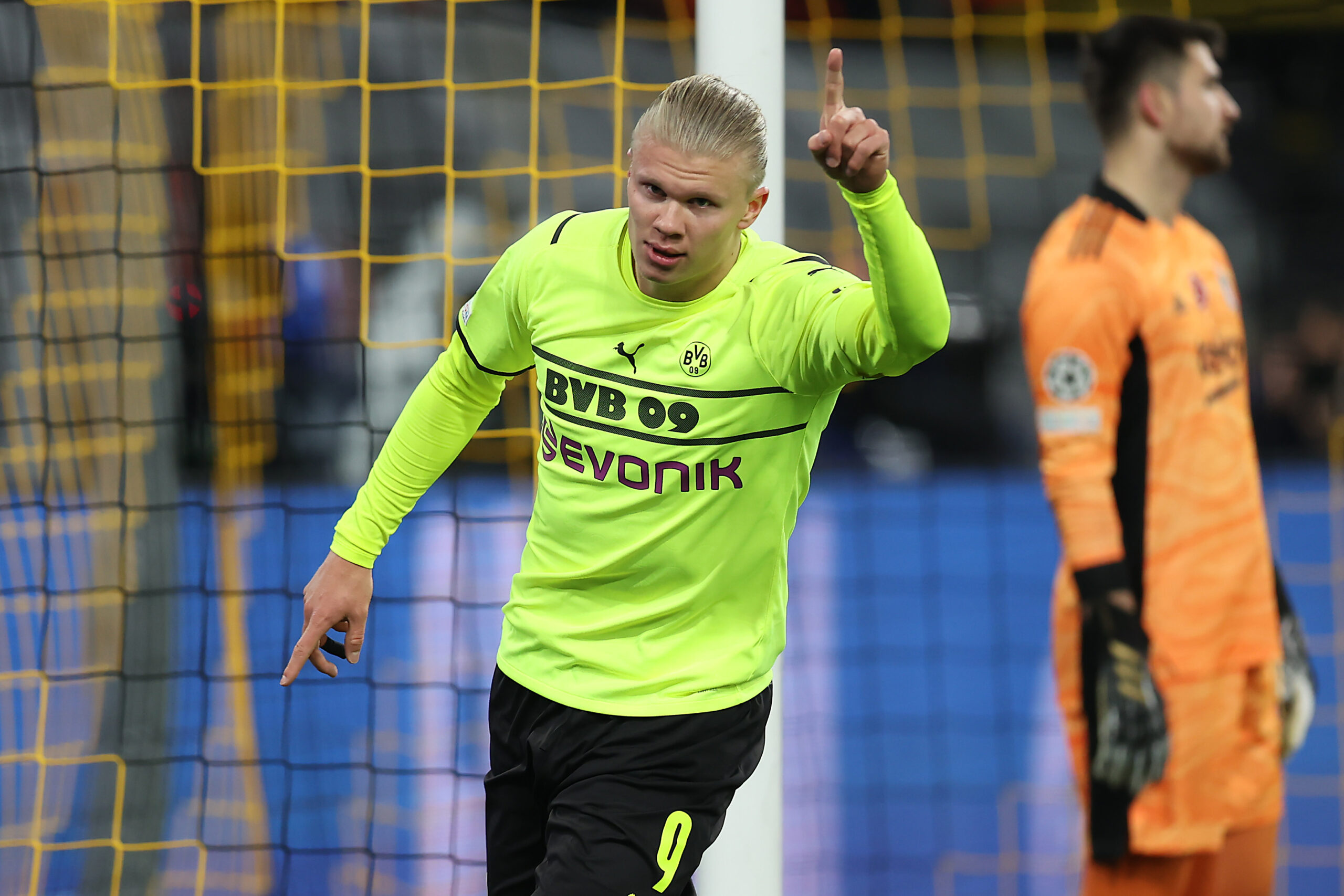 Mino Raiola has opened up on his plans for the sought-after Erling Braut Haaland as Borussia Dortmund brace themselves for a bidding war next summer.

It seems that Raiola already has ‘clear ideas’ of what he wants for his in-demand client, even though it’s still over six months left until the summer transfer window opens for business.

“We have been thinking about his future for two years,” Raiola told SPORT1.

“We have clear ideas about where he should go and, of course, we look at what the market will offer.

“With a player like him, we can influence the market – we will not be influenced.

“Today two days a week we talk about football, in the other five about the transfer market.”

The prodigious striker is one of the hottest properties on the European market, with a host of top clubs laying their eyes on the Norwegian goal machine.

In addition to a well-documented interest from Real Madrid and Manchester City, Manchester United are also in the running for Haaland as they hope to land a long-term replacement for Cristiano Ronaldo.

Edinson Cavani’s future at Old Trafford is drawing to a close, meaning the Red Devils would be in desperate need of an out-and-out striker to fill the void come the summer of 2022.

After putting himself on the map and catching the eye of European giants during his brief career at Red Bull Salzburg, Haaland has gone from strength to strength at the Signal Iduna Park.

The 21-year-old has netted a staggering 74 goals in 72 appearances for Dortmund since moving to the Bundesliga club in January 2020.

Haaland’s scoring prowess has been off the charts for a player of his age, and, unsurprisingly, United are looking to make him their marquee summer signing at the of the season.

But to acquire his services, the Red Devils would have to convince Raiola, who has been outspoken in his ambition to take Paul Pogba away from Manchester.

Given the strained relationship between the parties, Haaland’s arrival at the Theatre of Dreams appears to be a bit out of reach for the three-time European champions.