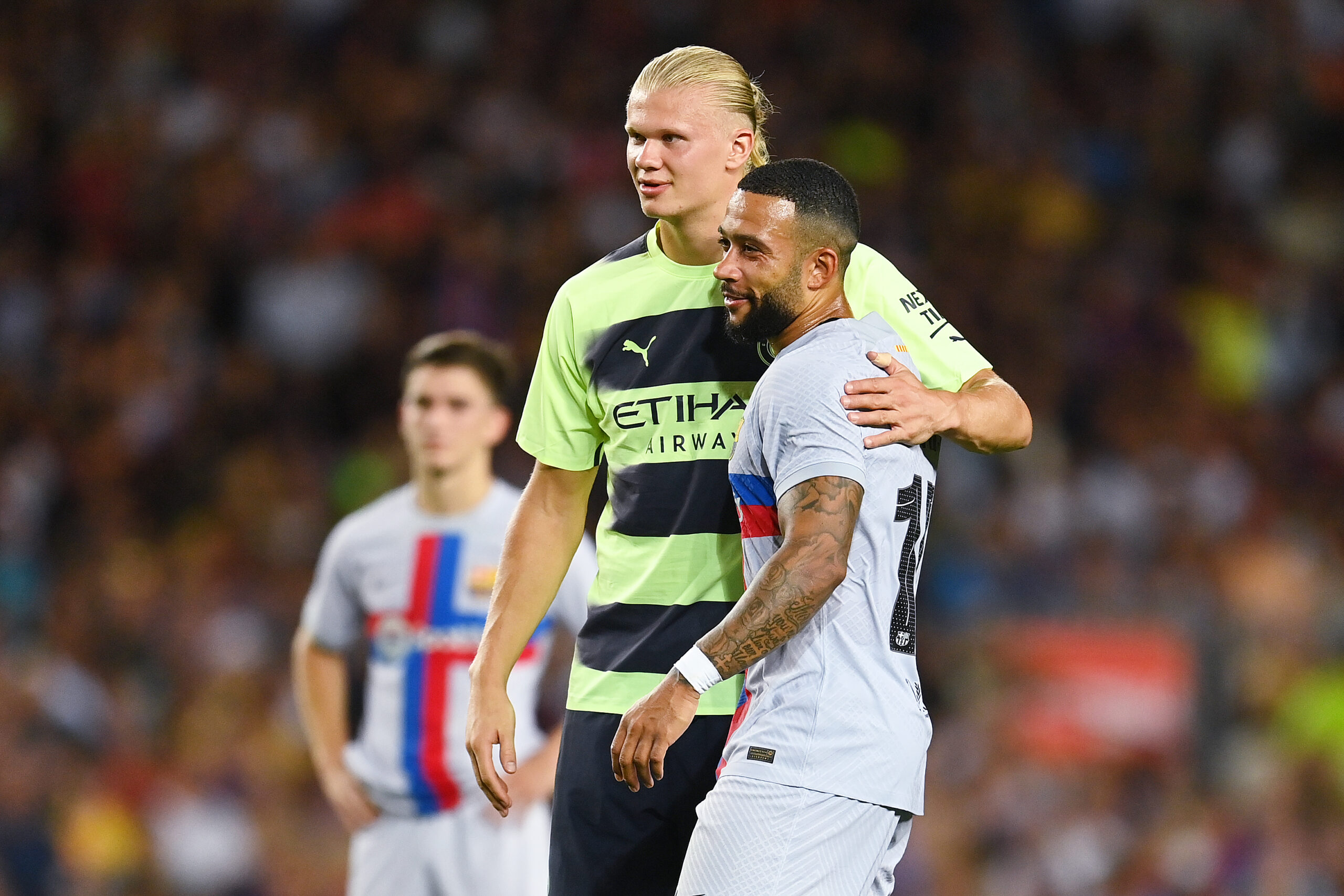 Barcelona forward Memphis Depay is quite literally just waiting for Manchester United to make a formal offer for his services.

That’s according to a report from Spanish publication Sport who claim that Depay has asked for his contract at Barcelona to be terminated amid links with United.

The Dutchman is keen to leave the Camp Nou this summer (Sport), but there have been no takers with his £17 million asking price and £160k-per-week salary (Salary Sport) proving problematic.

Depay joined United from PSV Eindhoven in 2015 for around £31m (BBC). He really struggled at Old Trafford though, bagging just seven goals and six assists in 53 games.

However, it seems as though he could be given a second bite at the cherry with United.

Depay waiting for Manchester United to make an offer for him

Sport reckon that the Dutchman is eagerly awaiting a formal offer from United.

Erik ten Hag certainly needs to sign a proven forward this summer, and it seems as though Depay could very well be the man for the job.

The former United ace is an enigmatic, precocious talent and on his day he is unplayable. Depay is incredibly strong as well and would be ideally suited to leading the line on his own for United. The Barcelona ace has been described as a player with ‘unreal skill’ by the Metro.

He is a top-class player and despite the fact that he struggled during his first spell at Old Trafford, we think he could be a huge hit this time.

The 28-year-old is a more mature version of the player who struggled to deal with the heavy weight of expectation seven years ago.

If United sign Depay, we believe it could end up being a really astute piece of business for the club. Especially if Ten Hag snaps him up on a free transfer.