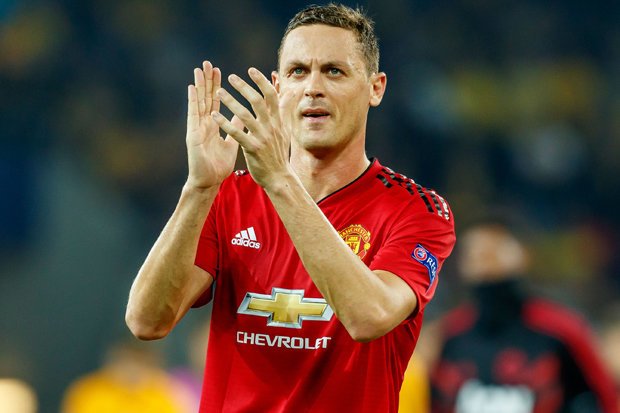 Manchester United played out an entertaining 2-2 draw at home to Arsenal in the Premier League this evening.

The result leaves us 10 points outside of the Champions League places and 18 behind leaders Manchester City after only 15 games.

Diogo Dalot put in a solid performance in his full Premier League debut whilst Marcos Rojo made his first start of the season, before being substituted in the final 20 minutes with an apparent injury.

Speaking after the game, midfielder Nemanja Matic explained that it was an exciting game for the supporters but that we deserved all three points. The Serbian told BT Sport:

“It was open. We attacked, both teams did. I thought it was a great game for the supporters. I think they enjoyed this game. Unlucky for us that we couldn’t score that third one. I think that we deserved.

“Everyone knows that the confidence isn’t high, but I think we showed great character tonight and this is the way we have to fight until the end of the season.”

Shkodran Mustafi headed Arsenal ahead after 26 minutes at Old Trafford. David de Gea really should have done better with the effort that had bounced on the six-yard line.

We weren’t behind for long after Anthony Martial rebounded our equaliser only four minutes later as we headed into the break at 1-1. This means that Unai Emery’s side have not lead at the break in any of the Spanish manager’s 15 Premier League games since replacing Arsene Wenger over the summer.

The Gunners retook the lead midway through the second half after Marcos Rojo gave up possession cheaply inside his own half. The Argentine international had been playing well prior to that in his first start of the season following injuries to Victor Lindelof and Phil Jones as Jose Mourinho went to a back five.

Jesse Lingard produced a cool finish only 74 seconds after we fell behind for a second time following an error from Sead Kolasinac. It was the England international’s first goal of the season.

Player Ratings: Man Utd 2-2 Arsenal
Jose: “We are punished by the mistakes”