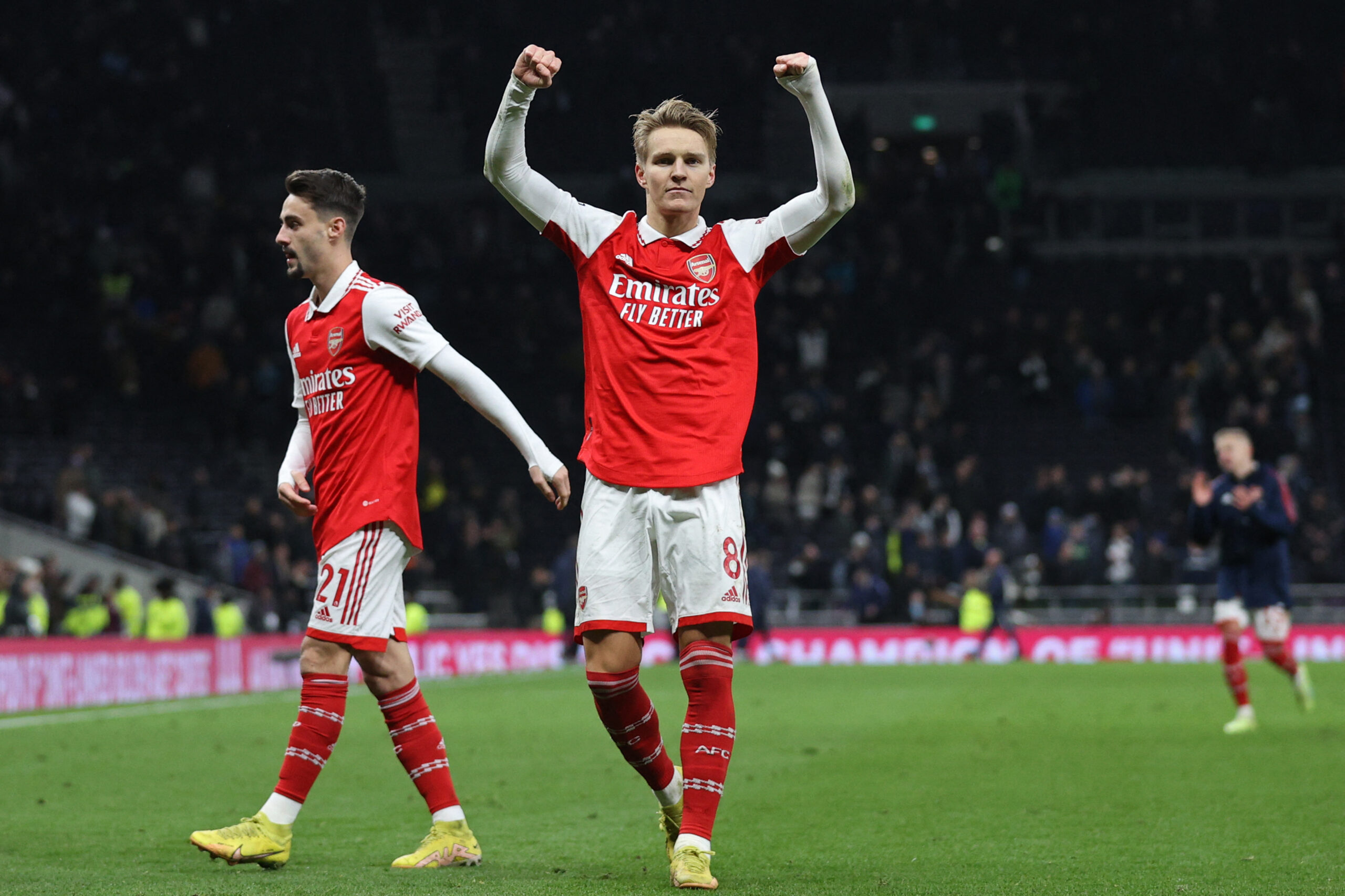 The Red Devils enter the away fixture on the back of a disappointing 1-1 draw at Crystal Palace.

Bruno Fernandes’ 44th-minute goal put United ahead before Michael Olise popped up with a stunning free-kick goal in injury time to deny the visitors.

Success at Selhurst Park would have reduced the gap to the Gunners to only six points.

However, despite the disappointing setback on Wednesday, United are still enjoying an excellent run of form as they have lost only one of their previous 20 matches.

Odegaard has been impressed by United and their Dutch boss Ten Hag.

“Manchester United are obviously playing very well,” Odegaard said in his programme notes. “I have watched them a lot lately and they look to me to be getting better and better this season.

“Their coach is a good one who I know from his time in Holland with Ajax, and his sides always play good football.

“So yes, they are doing well, but we must also remember the match at Old Trafford earlier in the season. I felt that day we controlled most of the game and I felt we deserved a better result in the end.

“This time we want to show some more discipline, to control the game for 90 minutes and not just small periods. It will be a tough game but we are ready for it and we are feeling confident.”

United have outclassed the Gunners once and will do it again

Arsenal are favourites for the league clash on Sunday. They have been excellent this season and are currently five points clear at the top.

But United are the only side who have taken three points off the Gunners this season.

Casemiro’s suspension is a blow, but the Manchester outfit previously triumphed without the Brazilian in their starting line-up.

The 30-year-old came off the bench for the last 10 minutes when the match was almost won.

Despite Casemiro’s absence, we believe United will prevail on Sunday and boost their title hopes.

How Manchester United have fared in the last five matches against Arsenal
Man Utd trio miss out on Arsenal trip, Casemiro suspended