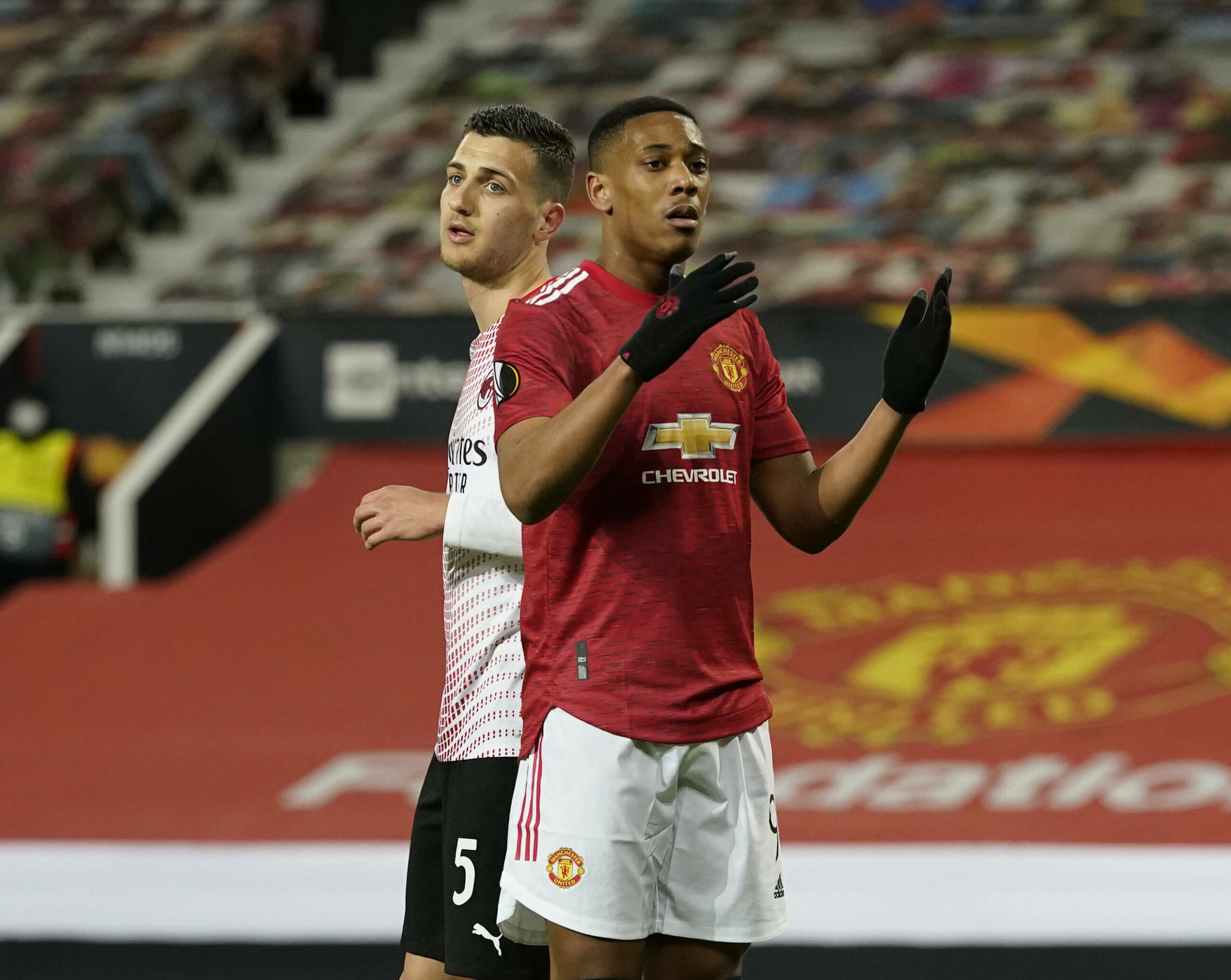 Manchester United forward Anthony Martial picked up a knock during the Europa League clash against AC Milan at Old Trafford on Thursday.

The Frenchman was replaced at the start of the second half with teenage-winger Amad Diallo taking his place, who scored just five minutes after coming on to the field.

Simon Kjaer cancelled out Diallo’s goal in injury time as the match ended in a 1-1 draw, with the Italian club getting a crucial away goal.

“Anthony, he got a whack on his hip so that’s another forward that we need to scan and have to look at,” he said.

This is a big worry for Solskjaer ahead of the Premier League clash against West Ham United this weekend.

Marcus Rashford is recuperating from an ankle injury, while Edinson Cavani has also missed the last two games, reportedly due to a muscle issue.

United have scored just three goals in the last five games in all competitions, signalling a tough time inside the box.

On Thursday, both Harry Maguire and Daniel James missed open goals, and Solskjaer will be urging his players not to waste clear-cut goalscoring opportunities.

However, there is a glimmer of hope. If Rashford, Cavani and Martial are on the sidelines against the Hammers, Diallo may get his first Premier League start, and he may inject a little bit of creativity inside the box, along with James and Mason Greenwood.