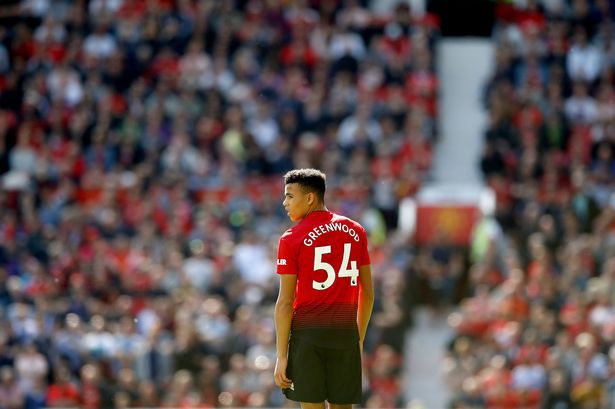 Manchester United have the opportunity to return to winning ways when they entertain League One Rochdale in the third round of the Carabao Cup on Wednesday night.

The Red Devils saw their away woes continue with a 2-0 league defeat at West Ham United on Sunday and they are currently languishing in the eighth spot on the table with eight points on the board.

For Rochdale’s visit of Old Trafford, manager Ole Gunnar Solskjaer is bound to make changes and the team selected could be similar to the one picked during the Europa League opener against Astana last week.

Marcus Rashford is definitely out for the encounter with a groin injury picked up at the London Stadium. Alongside him, Paul Pogba (ankle), Luke Shaw (hamstring), Eric Bailly and Timothy Fosu-Mensah (both knee) are expected to miss the encounter, though one of Anthony Martial (thigh) or Mason Greenwood (tonsillitis) could make their comeback.

Sergio Romero was preferred for the Europa League game against Astana last week when Solskjaer chose to rest first-choice goalkeeper David de Gea. The Argentine should be fancied to start in goal against Rochdale on Wednesday.

In the defence, a complete overhaul is likely from the recent league defeat at the Hammers. Solskjaer should revert to the same backline from the European clash last week. Diogo Dalot and Marcos Rojo should take up the right and left-back positions respectively with Phil Jones partnering Axel Tuanzebe at the heart of the backline.

At the heart of the midfield, Fred should command one of the positions after managing just 20 minutes of action off the bench during the recent league meeting. Alongside the Brazilian, Scott McTominay should get the nod ahead of Nemanja Matic, who has started two games in less than a week.

In the attack, Tahith Chong and Angel Gomes are likely to return to the starting lineup and they could be accompanied by Daniel James, who should be afresh, considering he was unavailable for the Europa League clash with a minor knock earlier this month.

Solskjaer has hinted that he may consider starting either Martial or Greenwood upfront against Rochdale. The latter seems the preferred option to start the game with, considering he has been actively involved on the field unlike Martial, who has not featured for a month.

How Man United could lineup against Rochdale…. 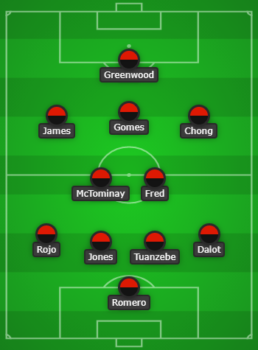