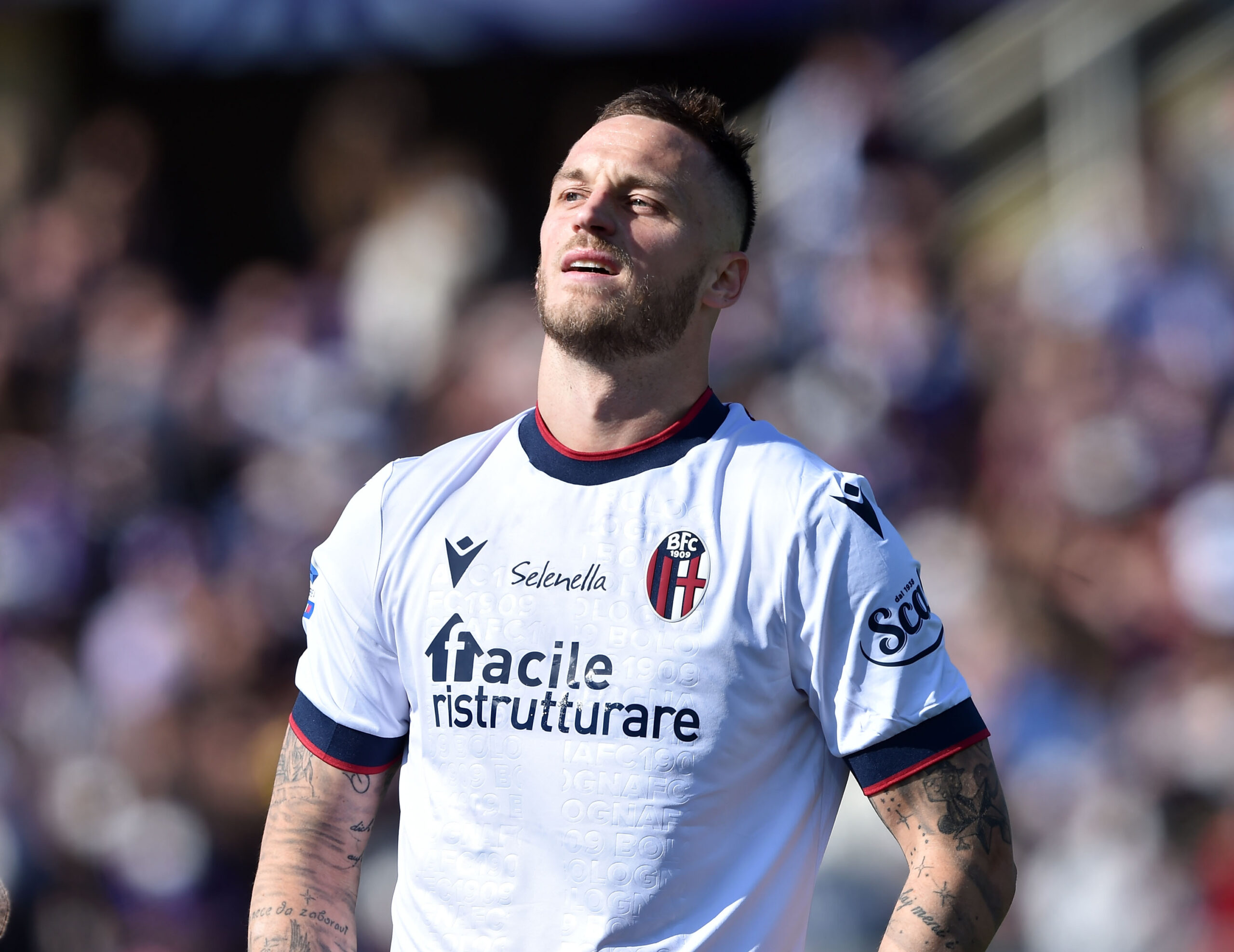 Bologna striker Marko Arnautovic has confirmed that Manchester United tried to sign him several times during the 2022 summer transfer window.

The Austrian emerged as a top striker target for the Red Devils in August, but a transfer did not materialise – much to the pleasure of United fans.

Speaking to Laola1, Arnautovic has now revealed that United were keen on landing his services and it was a difficult decision for him to turn them down.

The 33-year-old added that United are a club ‘at the top of the universe’ but he went against his family to continue with his stress-free career at Bologna.

He said: “Manchester United tried to sign me several times and it was a difficult decision to stay in Italy because my family wanted to return to England.”

“For me it’s clear that the Red Devils remain at the top of the universe and Bologna, as a name, are not.

“But that’s fine. Here everything is calm, you have time for yourself and no stress. This is only good for me.”

United’s approach to sign Arnautovic in the summer came out of the blue. Some of the club’s faithful were left stunned by the pursuit of the Austrian.

Back then, it was claimed that the hierarchy pulled out of the deal due to fan pressure, but Arnautovic has now provided a different view on the failed transfer.

Either way, United are better off without signing the 33-year-old. Arnautovic has fared well for Bologna with eight league goals from just 13 games this term.

However, he does not represent the long-term vision of United. The onus should be on building a young squad under Erik ten Hag to challenge for trophies.

Arnautovic would have only been a stop-gap signing.

With Cristiano Ronaldo’s future uncertain ahead of the New Year, United may have plans of returning for him, but the striker appears to have closed the door.