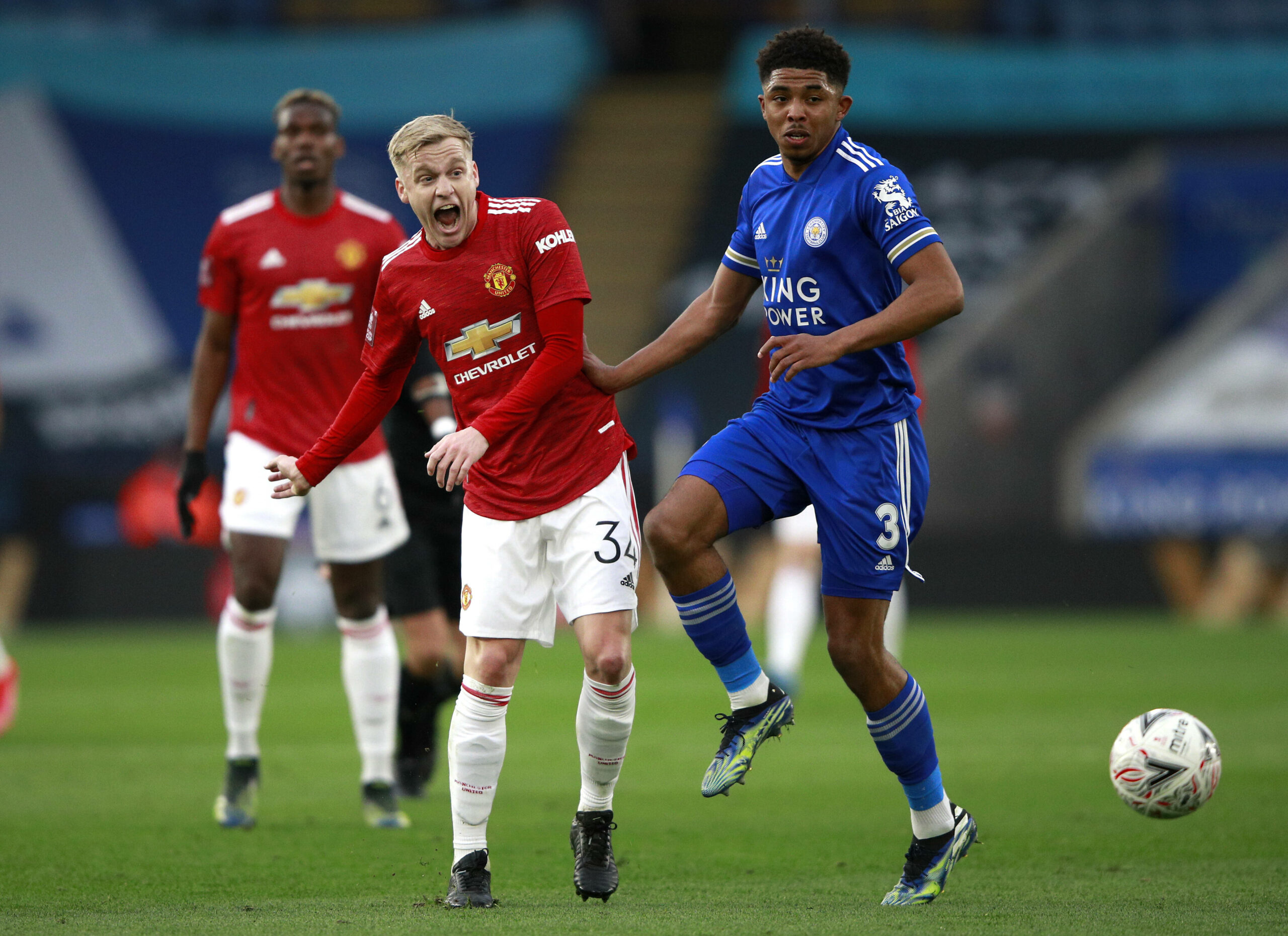 United splashed out £40 million to sign the Dutchman from Ajax last summer as a go-to option after a failed move for Aston Villa captain Jack Grealish.

The English playmaker was Ole Gunnar Solskjaer’s top target, but the Norwegian had to settle for Van de Beek after being put off by Villa’s asking price.

However, to say the 23-year-old has endured an underwhelming season at United would be an understatement.

Fred, Nemanja Matic, Scott McTominay and Bruno Fernandes have all been above the Netherlands international in the pecking order this term.

Van de Beek was one of the five changes Solskjaer made to the team to oust AC Milan from the Europa League as the Red Devils succumbed to a 3-1 defeat to Leicester City in the FA Cup quarter-finals on Sunday.

Unfortunately for the versatile midfielder, his wobble in England continued in what was his 27th competitive appearance for United.

Another lacklustre performance from the youngster is unlikely to aid his return to the Premier League starting XI for the first time since December.

Van de Beek has not hit the heights expected of him and may not be handed many more chances to shine.

Hughes believes the ex-Ajax star has struggled to impose himself to the new environment and may not be long before United show him the door.

“Clearly it is difficult – he has not had enough game time and you can see that in his play,” the former Red Devil told Stadium Astro.

“He is wandering and not really getting on the ball, does not know how to affect the game, cannot demand the ball of his teammates because they are not quite sure whether or not they have enough confidence in him.

“He looks like a guy who is wandering around lost on the field. Okay, some of that responsibility he has to take on himself, he has to be more demonstrative, he has to be a key player.

“He is a big-money signing. He has come from a big club in Ajax, so he is used to being a top player of influence.

“But clearly, since he has come to United he has not shown anything like what the level he needs to be at to remain a Man United player.

“He can only have so many opportunities. At some point, he is going to have to take them or United will move him on. I think they are edging towards that decision if he is not careful.”