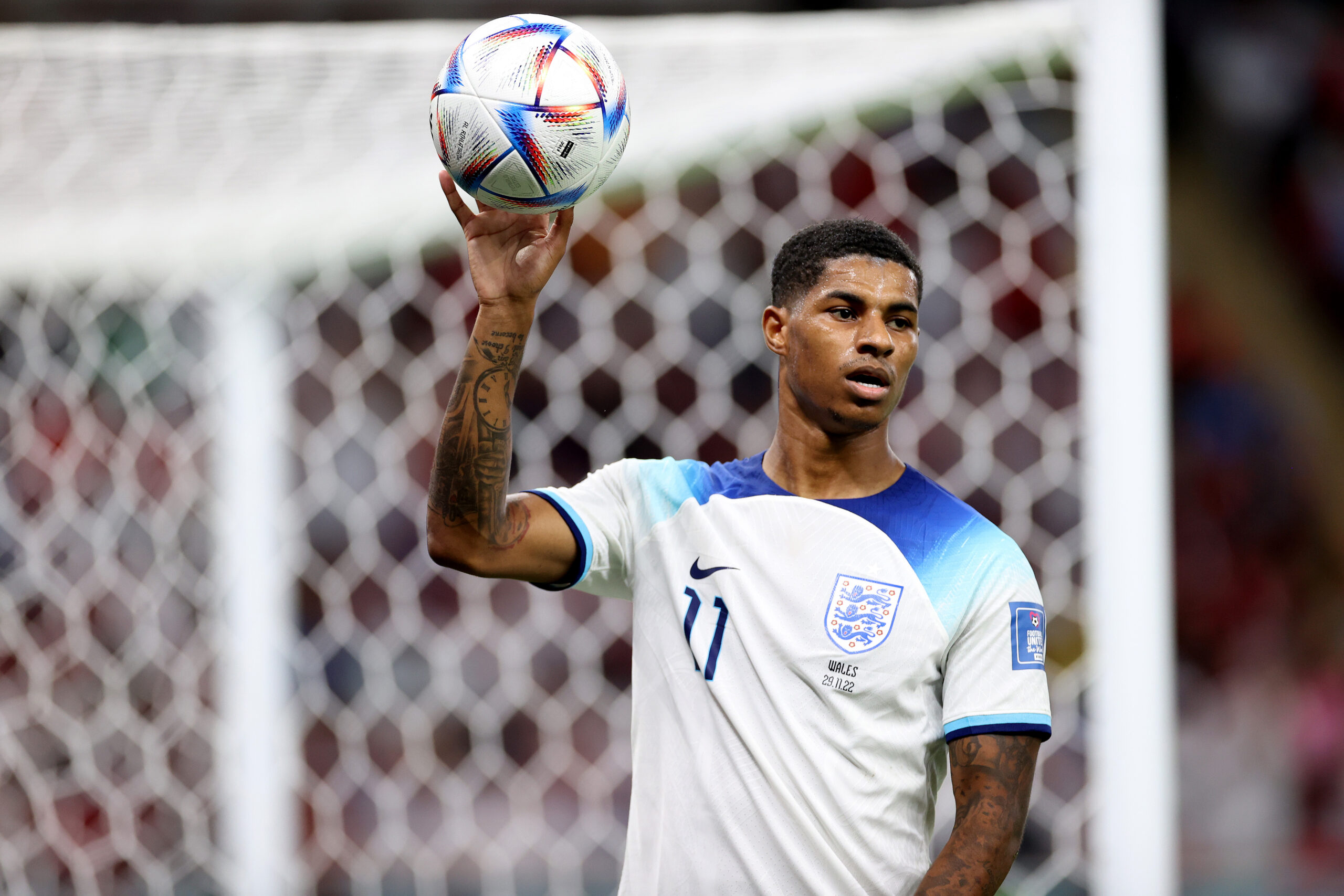 The Three Lions were always in the driving seat to make the round of 16 and only a heavy 4-0 defeat to Wales would have ended their World Cup campaign.

Gareth Southgate’s side were held to a 0-0 scoreline at the interval, but they stepped up after the break with Rashford playing a starring role for them.

The United graduate scored with a stunning 25-yard free-kick to open the scoring in the 50th minute. Phil Foden doubled the lead just 60 seconds later.

In the 68th minute, Rashford bagged his second goal of the night. The power on his strike was simply too much for goalkeeper Danny Ward to handle.

The goal was England’s 100th at the World Cup and it has taken Rashford to the top of the goalscorers list for the tournament alongside three others.

The 25-year-old has played just 107 regular minutes for England in Qatar, but has been a revelation with three goals thus far. He must start against Senegal.

Raheem Sterling and Bukayo Saka have been Southgate’s preferred picks out wide. The duo started the first two games against Iran and the United States.

In our opinion, Rashford should get the nod over Sterling on the left wing based on his excellent form. Southgate must pick players on merit for Sunday.

On paper, the Three Lions are genuine favourites to beat Senegal, but they can’t expect a straightforward game as the West African giants are a well-drilled outfit.