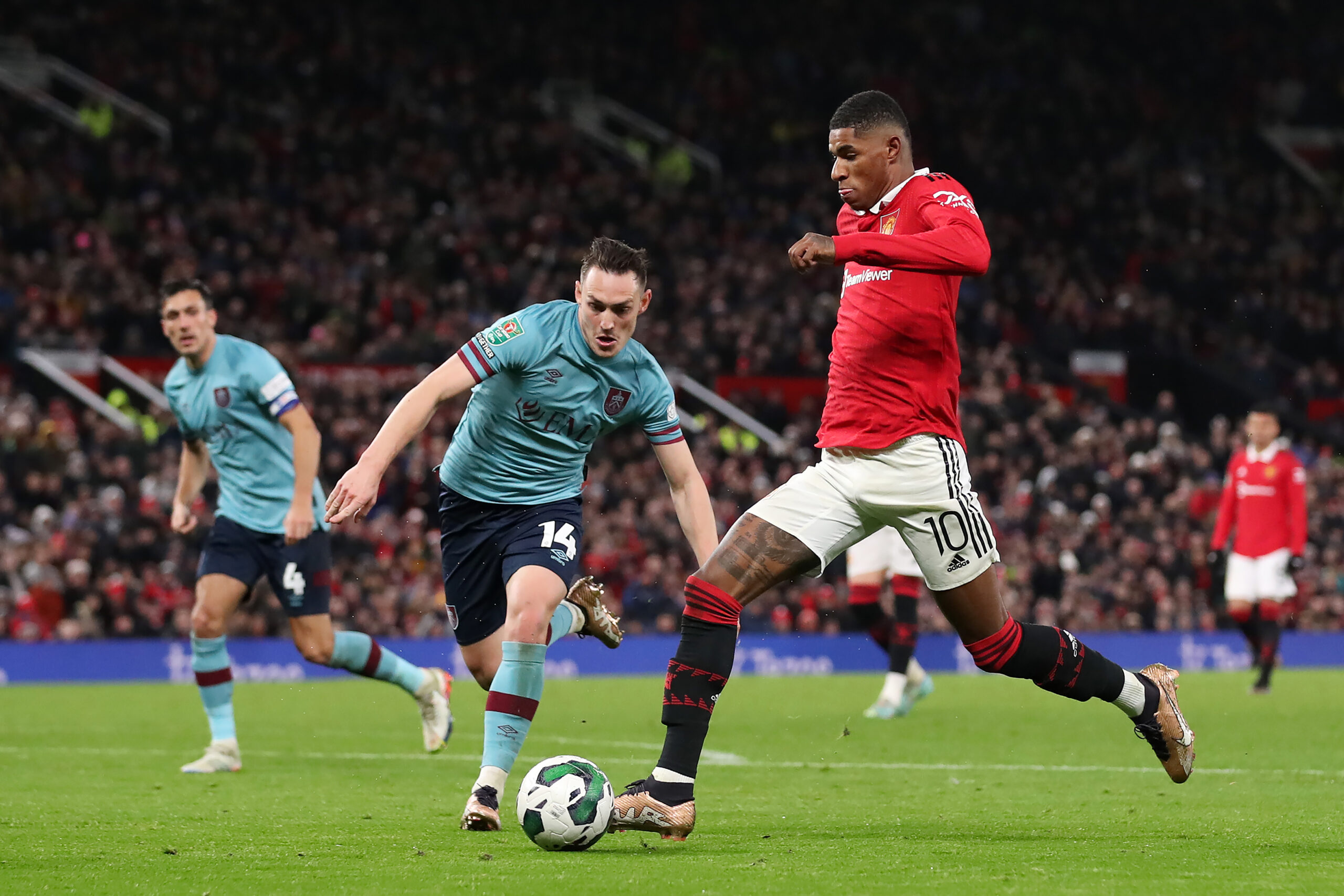 Manchester United defeated Burnley 2-0 to move into the quarter-finals of the Carabao Cup last night, courtesy of goals from Christian Eriksen and Marcus Rashford.

It was United’s first game since the conclusion of the World Cup. Erik ten Hag fielded a strong side for a game, yet again showing his seriousness towards each match.

Eriksen opened the scoring with the aid of a jaw-dropping assist from Aaron Wan-Bissaka.

Rashford doubled Red Devils’ lead by netting a sensational solo goal. He picked up the ball deep in United’s half and ran through into Burnley’s box.

Even though the angle for him to squeeze the ball past the goalkeeper was very tight, he drilled his shot low and into the far bottom corner.

He came close to adding another goal to his tally when he nutmegged one defender and skipped past the other, only to be rewarded with a corner.

Starting on the right flank, Rashford was quiet at times quiet but showed an enthralling burst of pace whenever it mattered the most.

The forward delved into nine ground duels, winning five of them. He finished the game with a passing accuracy of 59%, a stat that the manager would want the player to improve on.

With tonight’s strike, he has taken his goal tally to nine for United across competitions this season.

Ten Hag will be delighted to see the 25-year-old forward continuing his dazzling form after the World Cup.

Rashford was one of the better players for England, scoring three times even though being primarily used as a substitute by Gareth Southgate.

The quarter-final draw will take place on Thursday, with the games being played in the week commencing January 9, 2023.

With one of Man City and Liverpool crashing out this round, United’s best chances of winning a title might just be the Carabao Cup.