Marcus Rashford reveals he is ‘craving for a goal’ against Liverpool 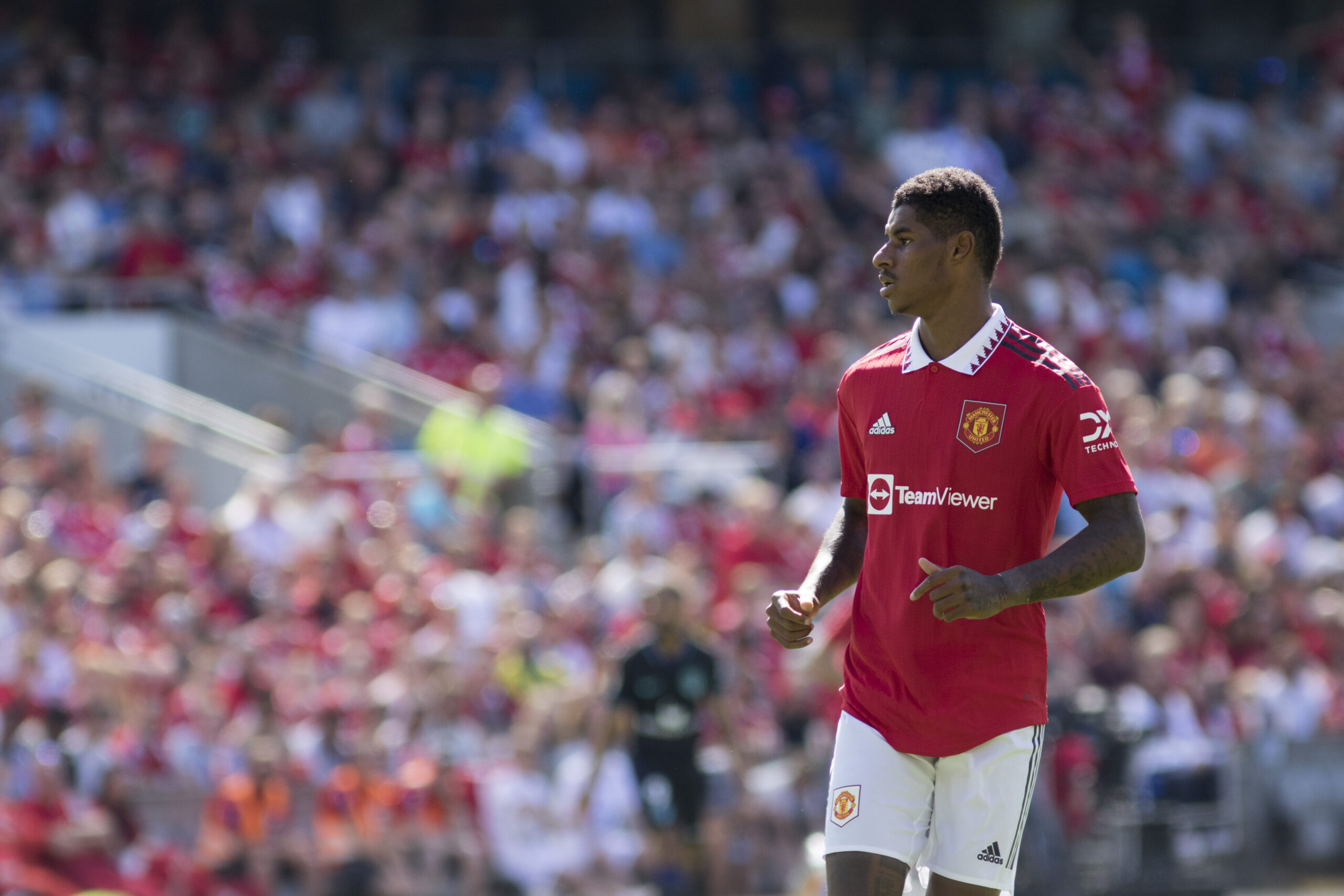 Manchester United are set to host their arch-rivals Liverpool at Old Trafford tomorrow.

The Red Devils have had a horrific start to the season, losing both of their Premier League games.

Liverpool have also endured a challenging start to the campaign, drawing their games against Fulham and Crystal Palace.

Marcus Rashford is one of the players who Erik ten Hag will be relying on to provide some spark in this big clash.

He has been with United since he was seven years old, so he is fully aware of the significance of this tie.

Speaking to ManUtd.com, the forward admitted that he is just as excited to face the Merseysiders now as he was when he was younger.

He said, “To be honest, I feel exactly the same [as in the past].

“Winning against Liverpool is the same feeling as when I was a kid.”

A win against Jurgen Klopp’s men will be a stepping stone for Man United who are struggling for confidence.

Rashford confessed that the goals scored against Liverpool hold more importance than any other goal.

He added: “After the game, you realise a goal’s a goal and you need to score them against any team.

“But the initial feeling is massive and it’s something that you crave as a player and I don’t think that ever leaves you.”

Marcus Rashford needs to step up

The 24-year-old was touted as one of the brightest talents in football when he made his debut for the Red Devils as a teenager.

However, his progress has tailed off in recent years.

These stats should not belong to a forward of any Premier League team, let alone United.

He needs to find his skill of accelerating away from the defence.

At the start of his career, he was ready to take on defenders.

He used to cut inside from the left, and dribble past the defenders to reach drive into the box.

He was considered to be United’s torch-bearer in the post-Sir Alex Ferguson era but things have taken an opposite turn.

Rashford needs to pull up his socks and produce this season. He simply cannot afford a campaign like last year.

The game against Liverpool gives him a perfect stage to stand out and lead his team to victory.

The Merseyside club will enter Old Trafford as favourites to win the contest.

Another poor result for the Red Devils looks to be on the cards if they fail to find some inspiration.