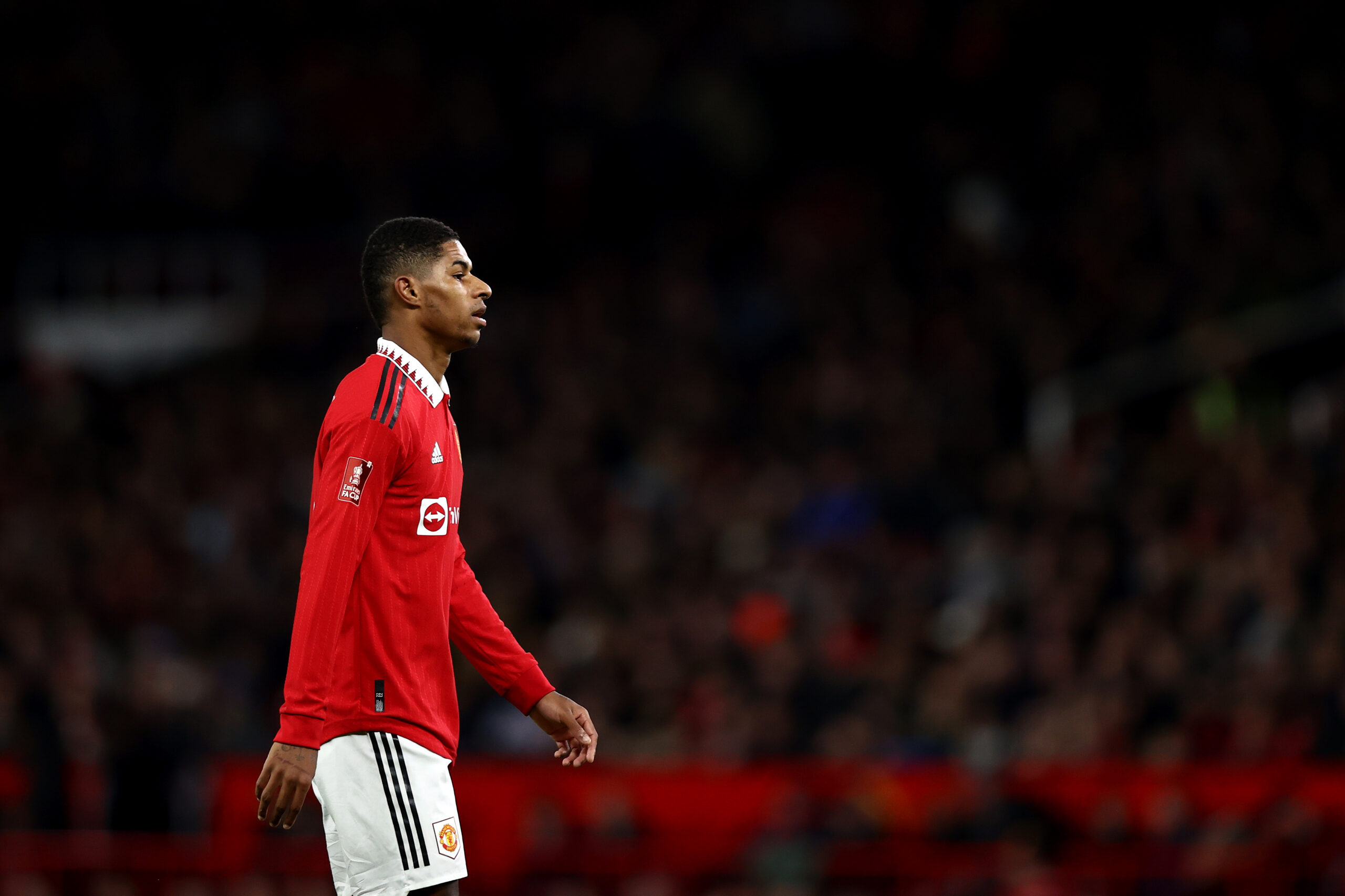 Manchester United forward Marcus Rashford could be on the brink of breaking a unique home record established by Wayne Rooney in 2012.

Rashford, who has been in scintillating form of late, has made seven goal contributions in United’s last five matches since the end of the World Cup with five goals and two assists.

In their FA Cup clash against Everton in midweek, Rashford was on the scoresheet once again as he scored the third goal for the Red Devils.

Rooney is United’s all-time top goalscorer. During his 13 years at the club, he scored 253 goals, overtaking Sir Bobby Charlton and registering himself as one of the greats to have played the game.

Although Rashford has a long way to go before he can match Rooney’s achievements at United, he could be well and truly on his way.

He has scored in his last seven games at Old Trafford. This impressive run of goalscoring form has tied him with Rooney, who scored in seven consecutive home games between February and April 2012.

Another goal for the youngster in the upcoming Charlton Atheltic clash will mean that he will surpass Rooney and establish a unique record for himself.

Rashford is unlikely to start against Charlton in the Carabao Cup

Despite the possibility of overtaking Rooney, it is unlikely Rashford will start against Charlton in the Carabao Cup quarter-final.

Ahead of two crucial games against Manchester City and Arsenal in the league, Erik ten Hag will look to rotate his squad and give some fringe players a chance.

Alejandro Garnacho and Anthony Elanga could make it to the starting line-up as Rashford gets a much-deserved break.

However, with the chance to win silverware looming large, Rashford may be on the bench against Charlton.

With the form he is in, it should not take more than a half chance for the England international to surpass Rooney.