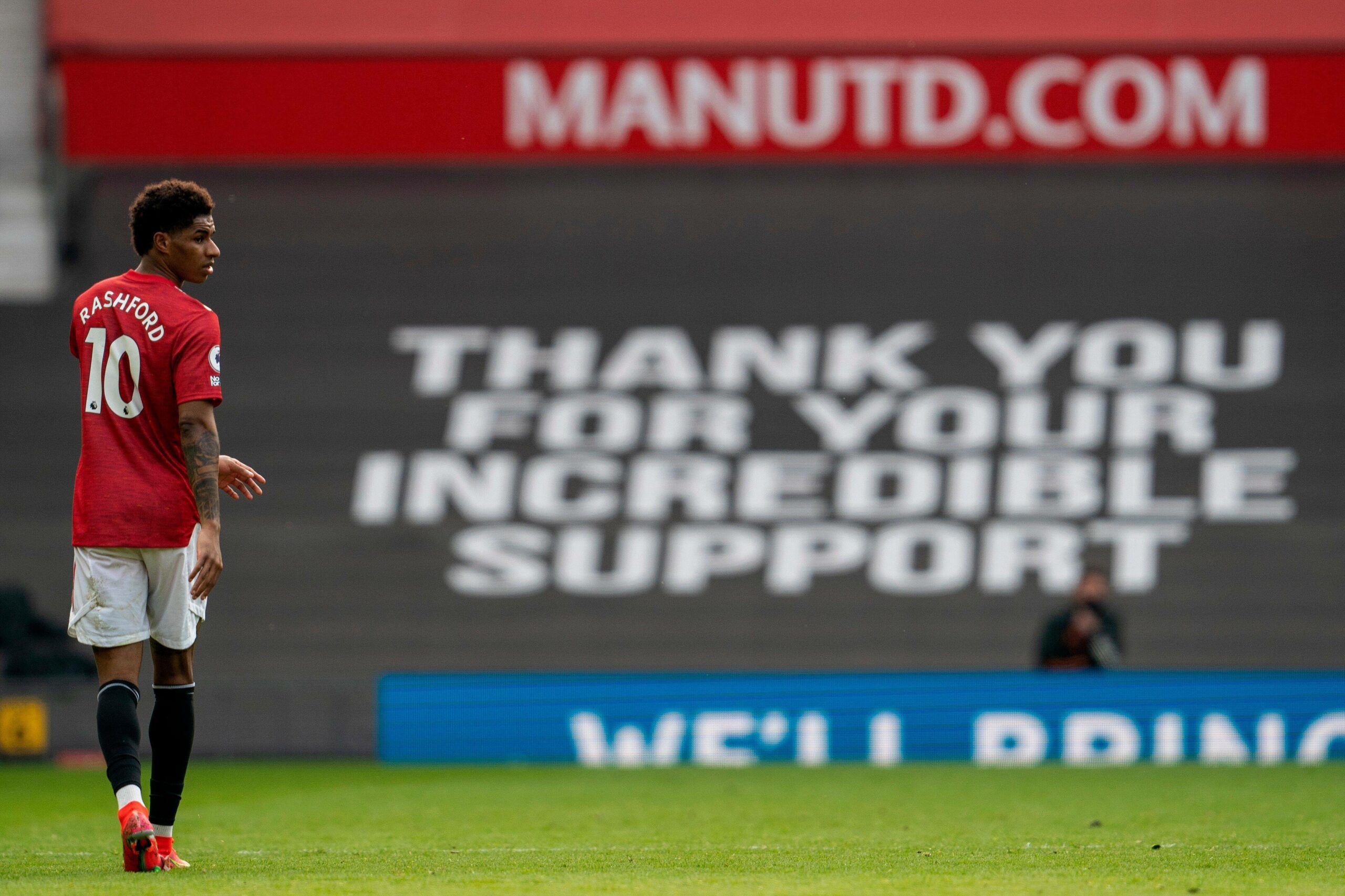 Marcus Rashford became the second Manchester United player to express his views on the proposed European Super League on Tuesday.

The Premier League’s so-called ‘Big Six’ – Manchester United, Manchester City, Liverpool, Chelsea, Arsenal and Tottenham Hotspur – along with three clubs from Spain and Italy each, have decided to form a new breakaway league.

This announcement sent shockwaves across the world, sparking furious reactions from fans, managers, UEFA and even governments.

He shared Wolves’ forward, Daniel Podence’s post which read, “The ball. The song. The dream. The Zidane’s volley… Kaka’s solo… Liverpool in Athens… Ole in Barcelona… Cris and Seedorf… There some (sic) things we just can’t really pay for.”

Bruno shared it on his Instagram story with the title “Dreams can’t be [bought].”

Rashford has now posted an image on his Twitter account which quotes: “Football is nothing without fans”

As there is no caption with this picture, the famous idiom “a picture speaks a thousand words” springs to mind.

The Red Devils forward has campaigned for social problems like racism and food for children in recent times.

He went head-to-head with the British government, forcing them to offer free meals to children.

Now, he is standing against the decision taken by the owners of his boyhood club.

Can these modern players become the guardians of football?