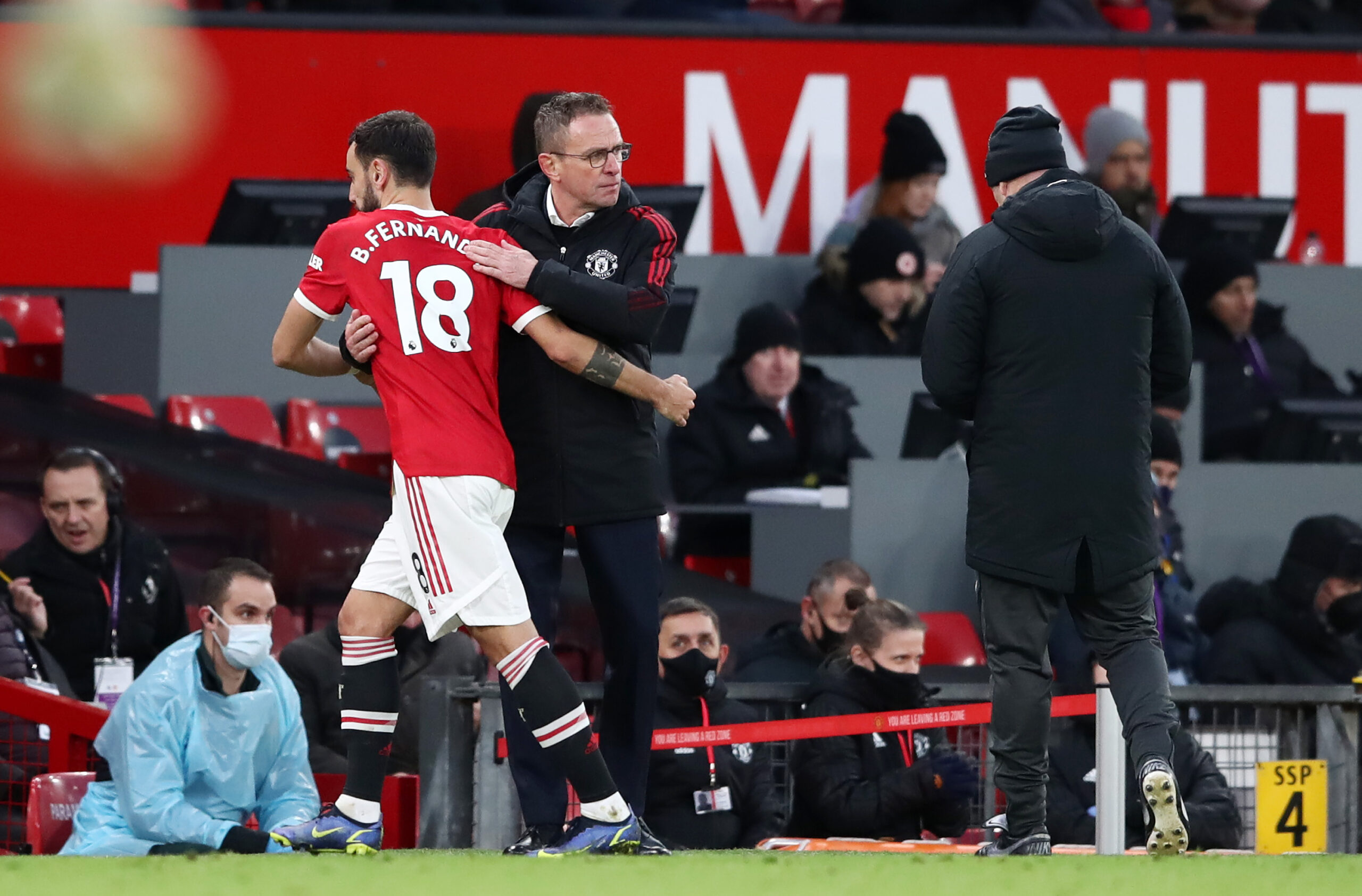 Manchester United’s weekend home clash against Brighton & Hove Albion has been postponed due to a COVID-19 outbreak at the Amex Stadium.

The Premier League is dealing with a new wave of positive cases and game cancellations, and it’s still uncertain whether Boxing Day fixtures will go ahead.

However, we will still preview the Red Devils’ remaining festive fixtures.

Since taking charge of the Red Devils in the wake of Ole Gunnar Solskjaer’s departure in late November, Rangnick has won both Premier League fixtures by a narrow 1-0 scoreline.

Another shut-out against warm relegation candidates would see the German strategist become the first-ever United boss to keep a clean sheet in his first three league games in charge.

However, Rangnick’s men were anything but impressive at Carrow Road, and it’s fair to say they are lucky to be facing one of the Premier League’s most underperforming teams at the moment.

Since eking out a 1-0 win over fellow relegation fighters Burnley in early December, the Magpies have lost three consecutive league matches by an aggregate score of 11-1.

Eddie Howe’s arrival at the helm has failed to shake things up in Tyneside, and Newcastle may have to wait for a better opportunity to claim all-important points.

Man United’s last Premier League fixture in 2021 pits them against another relegation-threatened side as Burnley are set to arrive at Old Trafford on December 30.

Already tipped for a season-long fight against the drop, the Clarets cannot catch a break this season, having won just one of their 15 league games to date.

Sean Dyche’s men have yet to pick up a victory on hostile turf this season, drawing four of their eight Premier League away matches while losing the other four.

Much of Burnley’s indifferent away form comes down to a toothless attack that has so far managed an underwhelming average of 0.75 goals per league trip.

However, hard-earned draws at Chelsea and Leicester City must send a clear message to Man United that there’s no room for complacency, even though they’ll be odds-on favourites here.

Adding to this sentiment, the Red Devils have only won one of their last five top-flight meetings with Burnley on home turf, drawing three of the other four while losing the remaining one.

Connoisseurs of action-packed football will look forward to this fixture, as three of the last four Premier League encounters between these two sides at Old Trafford have seen over 3.5 goals and both teams scoring.

Molineux Stadium will play host to an exciting New Year’s Day clash between a stubborn Wolverhampton Wanderers side and Man United.

Despite sitting eight in the Premier League standings, seven points adrift of the last Champions League place, Wolves have earned a reputation as ‘entertainment killers’ this season.

Each of their last seven league outings has seen one or both sides fail to get on the scoresheet in matches garnering under 1.5 overall goals, including an uneventful scoreless draw with Chelsea last time out.

Wolves’ dismal average of 0.72 goals scored per Premier League game this season suggests United’s backline might have a field day at Molineux.

However, Ronaldo and his attacking comrades will have to work their socks off, as Bruno Lage’s men boast the division’s third-best defensive record with just 14 goals conceded thus far.

In addition to keeping Chelsea at bay, Wolves have held the most prolific Premier League attacks in Liverpool and Manchester City to one goal per match.

The Cityzens had a controversial penalty to thank for breaking the Wanderers down despite having a man in hand for the entire second half at the Etihad.

Meanwhile, the Reds scored a 94th-minute winner through Divock Origi from only their fifth attempt on target at Molineux.