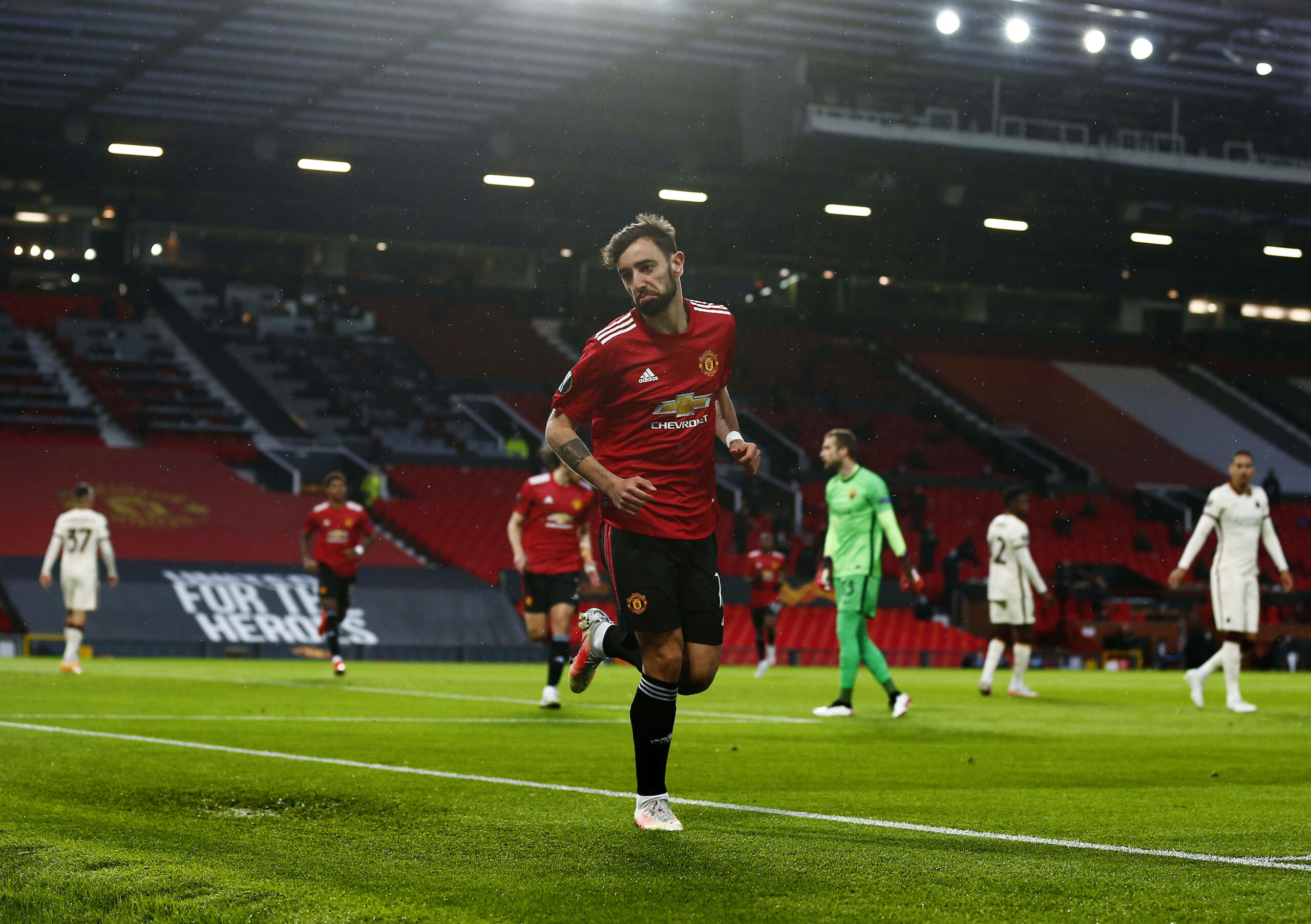 Manchester United are set to make a trip to Stadio Olimpico to face Italian outfit AS Roma in the second leg of the Europa League semi-finals.

The Red Devils produced one of their finest attacking displays this season to win the first leg 6-2 at Old Trafford last week.

The four-goal lead gives Ole Gunnar Solskjaer a golden opportunity to freshen up things in his starting XI.

At the same time, United cannot afford to rest on their laurels.

Here’s the line-up we expect Solskjaer to deploy against the Serie A side.

David De Gea started both the legs of the quarter-finals against Granada and kept his place for last week’s encounter against Roma. He should start between the sticks for this game.

Eric Bailly has regained his fitness but it looks unlikely that Solskjaer will make changes to the settled partnership of Victor Lindelof and Harry Maguire.

Aaron Wan-Bissaka and Luke Shaw will be operating in the full-back positions.

If the score is in favour of the Red Devils in the second half, Alex Telles should be called upon to replace Shaw.

Nemanja Matic may be drafted into the side in place of Fred. The Serbian international will provide more security to the defence.

His wealth of experience will also aid in bringing stability in the midfield.

Paul Pogba has started the last few games from the left-wing spot. However, with Matic at the centre of the park, Solskjaer could deploy Pogba in the two-man midfield.

Bruno Fernandes has been the catalyst behind United’s successful season.

If there is one player in the team whose workload should be managed, it’s him.

With a robust lead under the pocket, the Norweigan should hand Donny Van De Beek a rare start at the number 10 spot.

The former Ajax midfielder has the vision to create chances. His constant movement off the ball can cause a big headache to Roma’s defence.

Edinson Cavani and Mason Greenwood were named as substitutes for the game against Liverpool which was eventually postponed.

This gives a hint that both of these players can be named in the XI.

The Uruguayan international is in spectacular form for the last few weeks. His five goals and two assists aided him to win United’s Player of the Month award for April.

Greenwood and Marcus Rashford should operate from the right and left flanks respectively.

Roma might commit more men in United’s half. Rashford and Greenwood can use their pace to launch threatening counter-attacks.

Norwich City looking to sign Manchester United’s Brandon Williams on loan
Does Bruno Fernandes have a genuine shot at the Ballon d’Or?