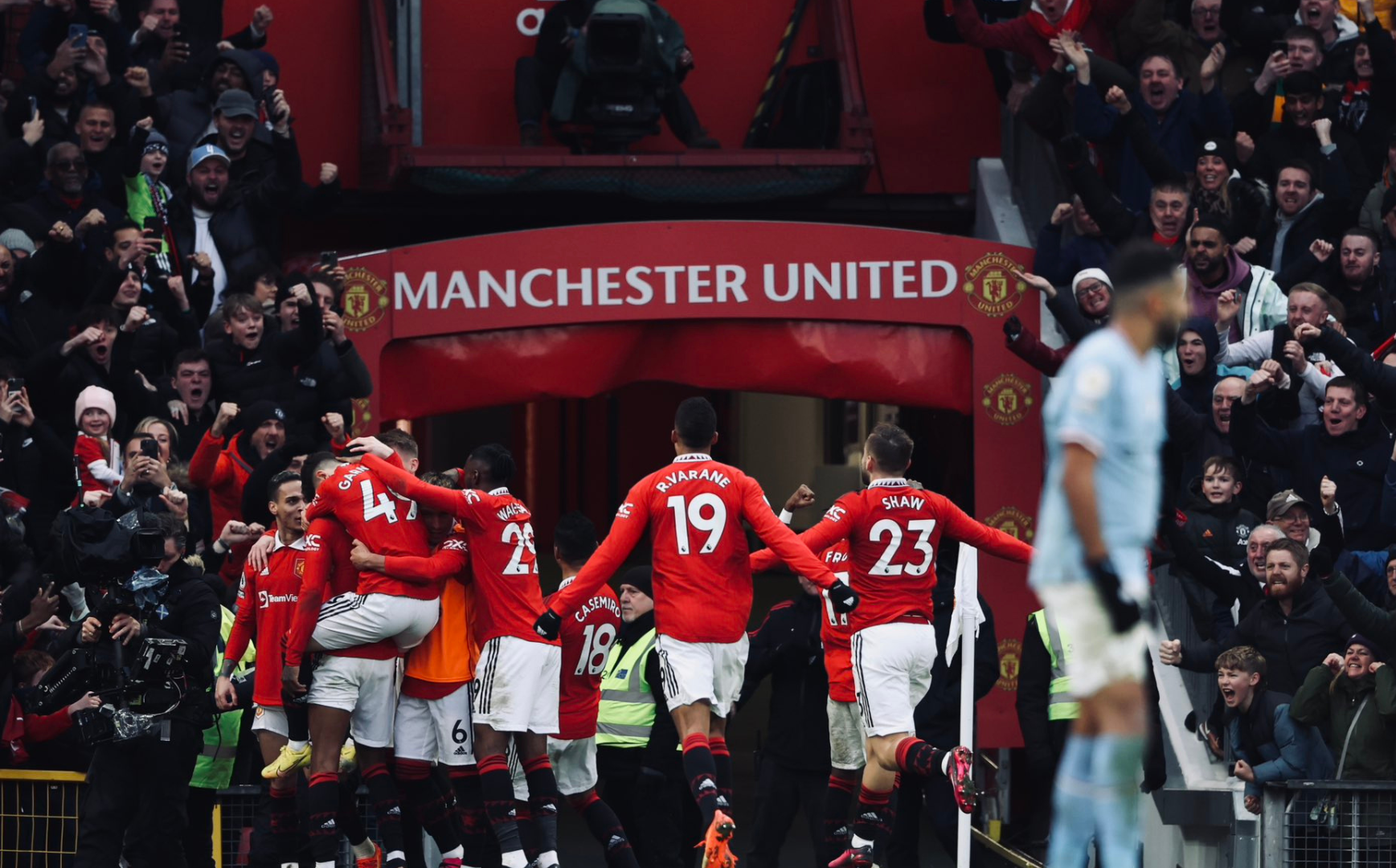 Manchester United registered a fifth-straight Premier League win on Saturday as they came from behind to beat arch-rivals Manchester City at Old Trafford.

Jack Grealish put the Cityzens ahead at the hour mark, but United staged a tremendous comeback in the final 15 minutes to register a stunning derby win.

Bruno Fernandes put the club level in the 78th minute and moments later, Marcus Rashford bagged the winning goal which seemed unlikely at one point.

Despite the sublime result, United are fourth in the standings but they are within goal difference of Newcastle United and just one point behind City.

The gap is still nine points to leaders Arsenal, but United will have the opportunity to close the deficit.

Let’s have a look at United’s next six league fixtures compared to their top-four rivals.

United have been in tremendous form at home since the opening day defeat to Brighton & Hove Albion.

The club have dropped only two points from the next eight home games. They are currently on a five-match winning run on their home turf while conceding just one goal.

Hence, they should easily beat Crystal Palace, Leicester City and Brentford at Old Trafford, but the main challenge will come on the road.

On current form, the Palace and Leeds fixtures are definitely winnable on paper but their biggest test could be the visit to the Emirates Stadium.

Arsenal are one of two teams including Newcastle United, who are unbeaten at home this term. They have dropped just two points via the goalless draw against the Magpies.

Looking at the wider picture, United should fancy five wins in the run to boost their top-four bid. The club already have a handy five-point lead over fifth-place Tottenham Hotspur with a game in hand.