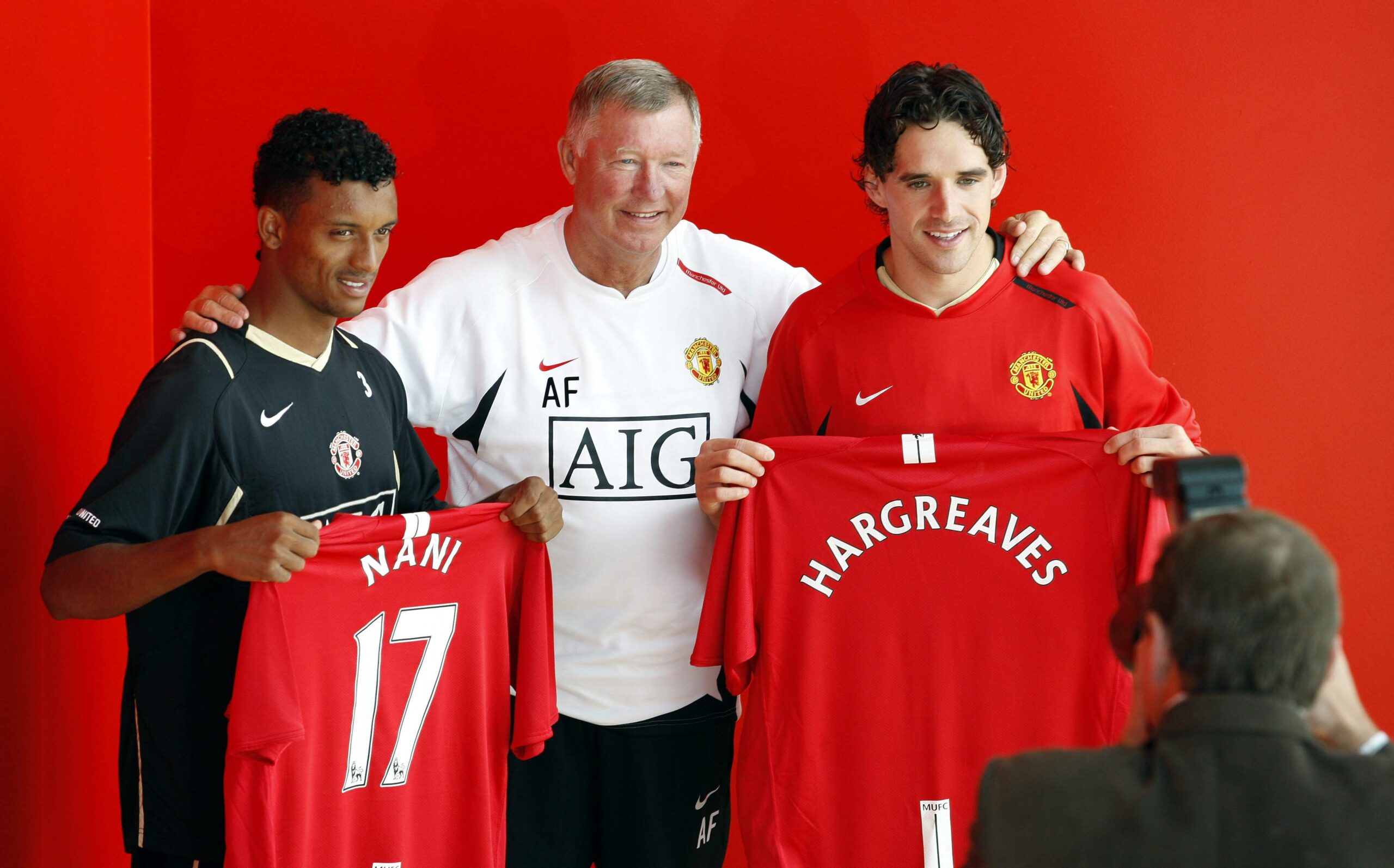 Manchester United fans often wax lyrical about the famed ‘Class of 92’ that gave the club some of its greatest players.

While homegrown players have been the backbone of any United side, astute signings have always tipped the scales in their favour.

With that in mind, let’s take a look at the five best transfer windows that United have had in the Premier League.

The summer of 2003 saw the exit of ‘Class of 92’ star and club legend David Beckham who joined Spanish giants Real Madrid.

Juan Sebastian Veron was also offloaded to Chelsea after failing to live up to expectations.

The summer transfer window was single-handedly saved by Cristiano Ronaldo, who would go on to win everything there is to win in club football.

Along with the signing of Ronaldo from Sporting Lisbon, United also secured the signatures of Kleberson, Eric Djemba-Djemba, Tim Howard, and David Bellion.

Ronaldo’s arrival would go down as one of Sir Alex Ferguson’s greatest coups, on par with Eric Cantona’s signing from Leeds United.

Any transfer window that involves the signing of your club’s all-time top scorer has to rank high on the list.

A prodigious 18-year-old Wayne Rooney’s signing from Everton for just short of £30 million raised many eyebrows.

However, he made up for it by scoring a hat-trick and providing an assist on his debut in United’s 6-2 drubbing of Turkish side Fenerbahce in a Champions League tie at Old Trafford.

Gabriel Heinze’s signing from Paris Saint-Germain was not the greatest, but he proved his worth by helping United win the 2006/07 Premier League title.

He was soon overshadowed by Patrice Evra and was offloaded to Real Madrid.

Alan Smith’s United career was plagued by injuries while Gerard Pique was too young and had players like Rio Ferdinand and Nemanja Vidic ahead of him to make any significant impact at the club.

The late Liam Miller came in from Celtic with a lot of hope but, in his two years at the club, he spent one season trying to get into the starting XI and the other out on loan.

The 2012/13 season was all about Robin van Persie. Seldom has any summer signing made as significant an impact at the club as Van Persie did in Ferguson’s last season at the club.

The former Arsenal man put in a transfer request at the Emirates Stadium, and it was down to United and Manchester City to determine who signed the Dutchman.

Thankfully for United, Van Persie chose the red of Manchester, and the rest is history.

The former Dutch international finished his first season at the club with the Golden Boot and a Premier League medal around his neck.

Shinji Kagawa, brought in from Borussia Dortmund, had done wonders in the German Bundesliga.

He showed what he was capable of in glimpses at Old Trafford. Sir Alex’s retirement at the end of the season arguably derailed the former Japan international’s career.

Mismanaged by David Moyes and disfavoured by Luis van Gaal, Kagawa would go down as a disappointing United signing.

The former even scored a spectacular goal on his league debut in the 4-0 win over Wigan Athletic at Old Trafford.

Both went out on loan, but the jury was already out on them ever making it at the club.

However, the Dutchman failed to make an impact at the club and was offloaded two years later.

Nani was tipped to follow the footsteps of compatriot Cristiano Ronaldo following his transfer from Sporting Lisbon.

The Portuguese winger hit the ground running, scoring some incredible goals and providing an array of assists as United won a Premier League and Champions League double.

Although Nani could not quite reach the levels of Ronaldo (then again, who can?), he did prove to be a terrific signing for United.

Anderson and Owen Hargreaves had excellent first seasons at the club.

Both scored in the penalty shootout win against Chelsea in the Champions League final in Moscow before consistent bouts with injuries derailed their careers.

Carlos Tevez was signed on a two-year loan deal from West Ham United.

He played his part by scoring crucial goals over the course of two years as United won three consecutive league titles.

The 1998/99 United side is arguably the greatest team the Premier League has ever witnessed.

United won an unprecedented treble of the Premier League, FA Cup and Champions League to script a piece of history that has never been repeated in English football.

Jaap Stam, brought in from PSV Eindhoven, made such an impact that he is often considered United’s greatest ever centre-back.

Fast forward a season, and Yorke had scored 29 goals including 18 in the Premier League.

Jesper Blomqvist was a very versatile player who could play both as a left-winger and as a left-back.

He started in the dramatic Champions League final that United won against Bayern Munich at Camp Nou.

However, with Ryan Giggs and Denis Irwin ahead of him, he could not get a permanent place in the starting XI.