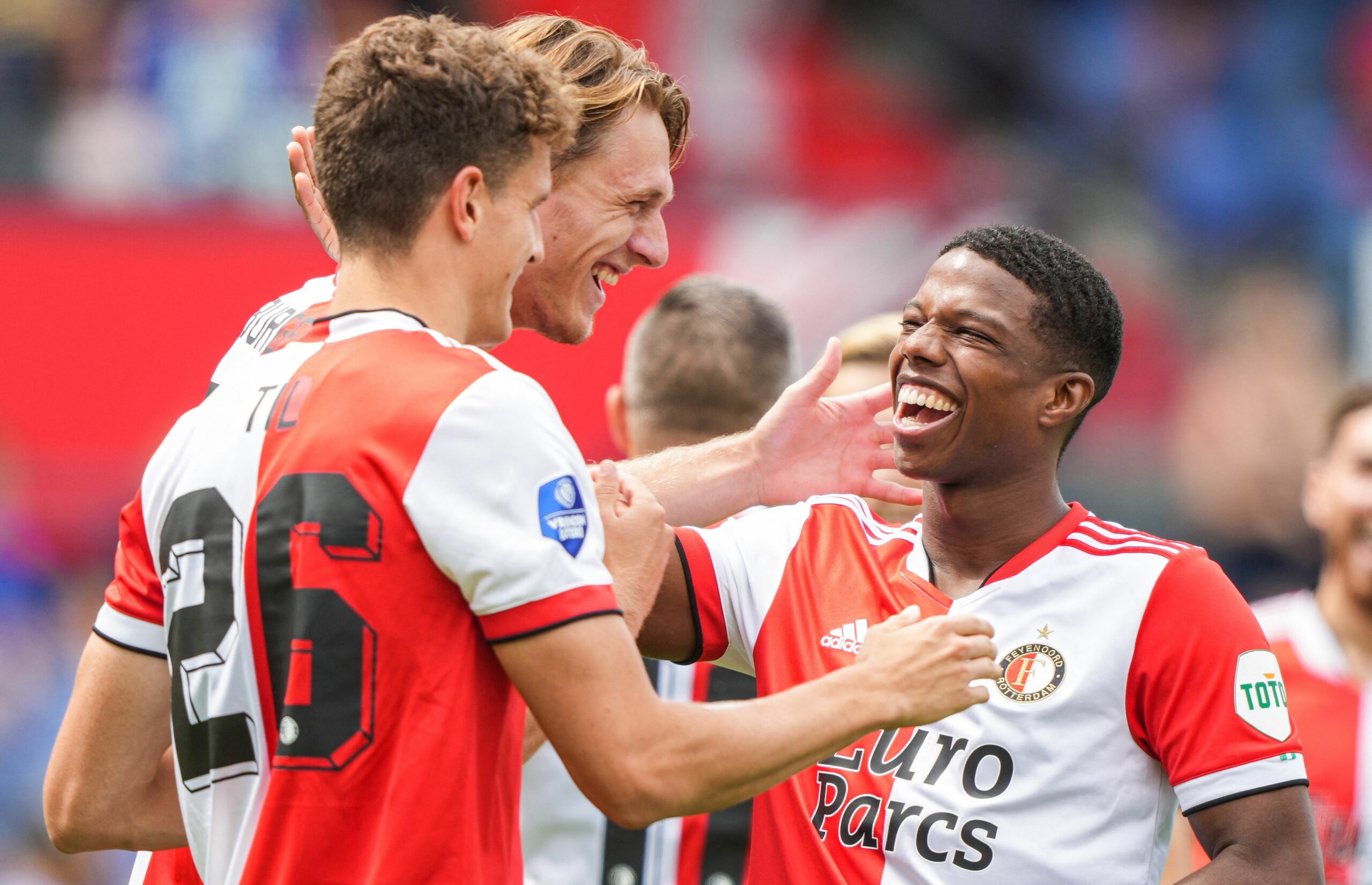 Manchester United’s anticipated deal for Feyenoord’s Tyrell Malacia has been complicated due to a representation issue from the player’s end, The Athletic reports.

The Red Devils agreed a deal worth €15m plus €2m in add-ons for the left-back this week, and they have since gone on to negotiate personal terms with the 22-year-old.

While everything has been sorted, there is now a concern over representation. Malacia has been managed by HCM Sports Management in recent years, but he appears to have negotiated the United transfer through his father.

This has created a stumbling block for the switch, and there are now concerns whether this could have an impact on United’s ongoing pursuit of Barcelona’s Frenkie de Jong, who is also represented by HCM.

Malacia’s decision to switch agents midway through the transfer has created complications, but United are said to have brought in a football lawyer with the right expertise to sort the issue.

Judging by the situation, it could mean that United may have to pay additional agent fees in order to avoid the possibility of going to court regarding the same.

United boss Erik ten Hag has been keen on signing Malacia right from his time at Ajax last summer. Hence, the club are unlikely to pull out of the deal for any sort of reason.

Malacia should be a quality competitor to Luke Shaw for the left-back spot next term, and may also fancy his chances of displacing the England international.

He has already shown that he is excellent with his tackling and better going forward than Shaw. Whether he can replicate the same with the step up to a bigger challenge is left to be seen.