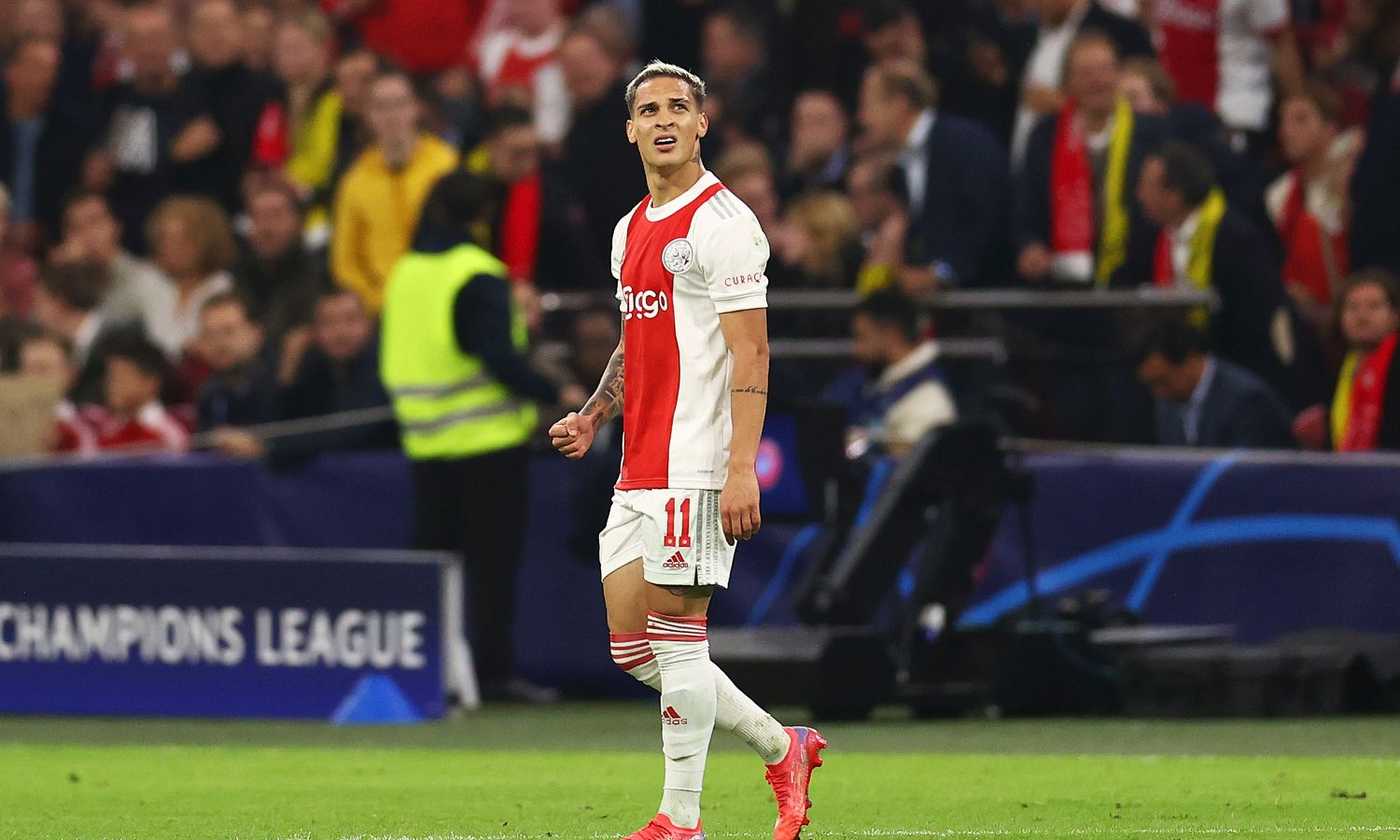 Manchester United star Antony has opened up about his difficult upbringing in Brazil.

The 22-year-old landed a move to Old Trafford on deadline day in an £82 million transfer from Ajax, making him the most expensive outgoing from the Eredivisie.

The Brazilian may be a top footballer now but he struggled with poverty as a youngster. While talking to Sky Sports, Antony revealed the difficulties he faced.

“I lived right in the middle of the favela. Twenty yards from my house were drug dealers. There were moments my brother, sister and I would cry and hug each other thinking about our lives.

“There were times when we were bailing water out of our flooded house, but we’d still do it with a smile on our faces.”

Antony is a world-class footballer who looks to have a very bright future.

The Brazilian mainly plays as a right winger but can also be deployed on the left. He has got blistering pace which is very important for a winger.

He rose through the ranks at Sao Paulo and soon attracted the attention of Ajax who signed him in 2020.

During his time at the Johan Cruyff Arena, he scored 25 goals in 82 appearances and helped his side win two Eredivisie titles.

He made a spectacular start at Manchester United, scoring on his debut against Arsenal. He also started the Europa League match against Real Sociedad last week.

It takes players a lot of time to adapt to the Premier League, but Antony has worked with Erik ten Hag before. He knows the demands of the Dutch boss and how he likes to play football.

United have paid a premium fee but the Brazil international looks worth every penny.