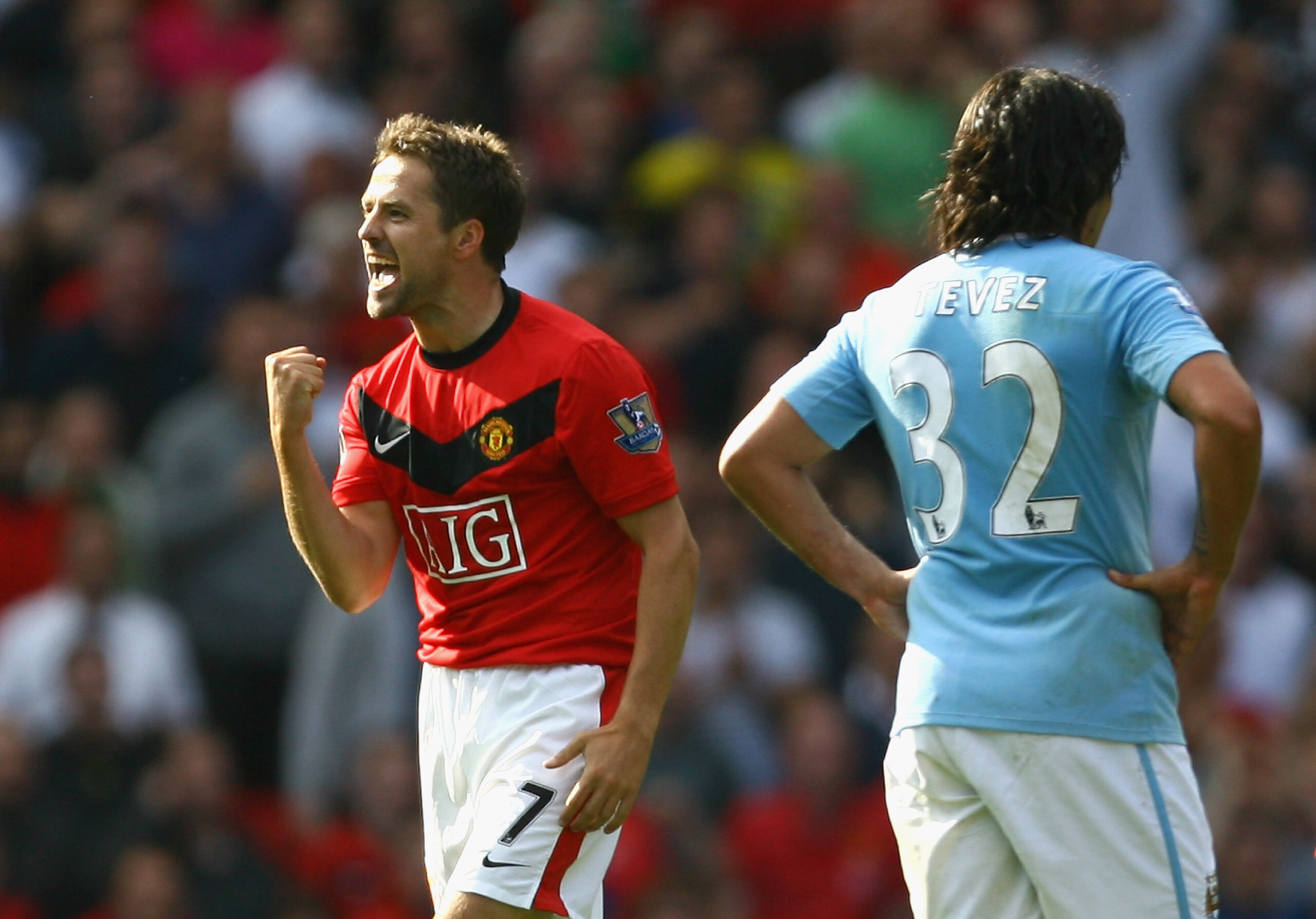 Pep Guardiola’s third-placed Manchester City side will visit Old Trafford to face Ole Gunnar Solskjaer’s Manchester United who are fifth in the table.

Both teams will be looking to grab three points to keep pace with Premier League high-flyers Chelsea and Liverpool.

Ahead of the clash, here’s a look back at United’s five greatest home wins against their arch-rivals.

It was United’s first appearance in the top flight after spending five years outside of it which also included a stint in the third tier of English football.

One of their earliest tests in the 1936/37 season was a visit from City to Old Trafford, who were then considered to be one of England’s top sides.

Tommy Bamford and Tommy Manley gave the Reds a comfortable two-goal cushion at the half-hour mark as the rain lashed down on the pitch.

However, a rocket from Jackie Bray and a header from Jimmy Heale brought the scores level.

With just eight minutes left on the clock, William Bryant raced ahead with the ball and put it at the back of the net to give United a 3-2 win.

Such was the beauty of the game that it prompted the Manchester Guardian to quip: “Manchester people waited five years for the thrills of this derby game and nobody can say that the waiting has been in vain.”

Duncan Edwards opened the scoring when he fired in a left-footer. Johnny Berry headed United’s second from a corner before City’s Ken Barnes halved the lead.

However, countless waves of United attacks took the game completely away from City with Dennis Viollet and Tommy Taylor secured a comfortable 4-1 win.

“Not since the [10-0] Anderlecht massacre has a Manchester crowd been treated to such a feast of attacking play,” wrote the Manchester Guardian.

In 1960, United and Sir Matt Busby were still feeling the catastrophic ramifications of the Munich Air Disaster.

United were young but quite unpredictable. City came to Old Trafford on New Year’s Eve with a certain Denis Law in their ranks.

However, the future United legend could just gasp in awe as the Red Devils wreaked havoc in the game.

A brace from the young and dynamic Bobby Charlton and a hat-trick from Scottish striker Alex Dawson secured a memorable 5-0 mauling of United’s archrivals.

Fresh from a 4-0 hammering against Barcelona at Camp Nou, United needed a strong response against Brian Horton’s side at Old Trafford.

The two teams were evenly matched until the 25 minutes when Andrei Kanchelskis picked out Eric Cantona from midfield.

The latter controlled the ball with his right foot before unleashing a left-footed screamer past City’s Simon Tracey.

The 2009-10 season witnessed arguably the greatest Manchester derby of all time.

United, devoid of Cristiano Ronaldo who moved to Real Madrid for a world record fee in the summer, were wary of a City side who were aiming for the top after their takeover.

United took the lead inside two minutes courtesy of a goal from Wayne Rooney.

14 minutes later, a comical blunder from Ben Foster allowed Carlos Tevez to capitalize and tee up a shot for Gareth Barry who levelled the scores for City.

In the second half, Darren Fletcher headed in a cross from Ryan Giggs to give United the lead.

Fletcher scored his second of the game in the 80th minute with another header off a cross from Giggs.

United looked set to take home the three points but there was more drama.

A sloppy pass from Rio Ferdinand was latched on to by Bellamy at the halfway line.

The Welshman raced towards the United goal and squeezed the ball past Foster to make it 3-3.

With six minutes added on, Michael Owen, on the pitch as a substitute for Dimitar Berbatov, produced the greatest finish in the history of the Manchester Derby.

Latching on to a ball into the box from Giggs, Owen dinked it over Shay Given in the 96th minute to give United a 4-3 win.